Geelong and the Bellarine

Snapper, snapper, snapper! This week saw the snapper run get off to a flying start with some amazing captures reported including fish to over 10kg. Fishing ‘the bend’ just out off Clifton Springs was what most people had in mind and resulted in some great fish being boated. Using fresh Squid, Couta and Garfish was most productive with the humble Pilchard and Silver Whiting also accounting for fish. Snapper were also caught in the inner harbour with Rob Thornton landing a beast of 7.95kg not far from St.Helens boat ramp on a fresh caught Couta fillet. 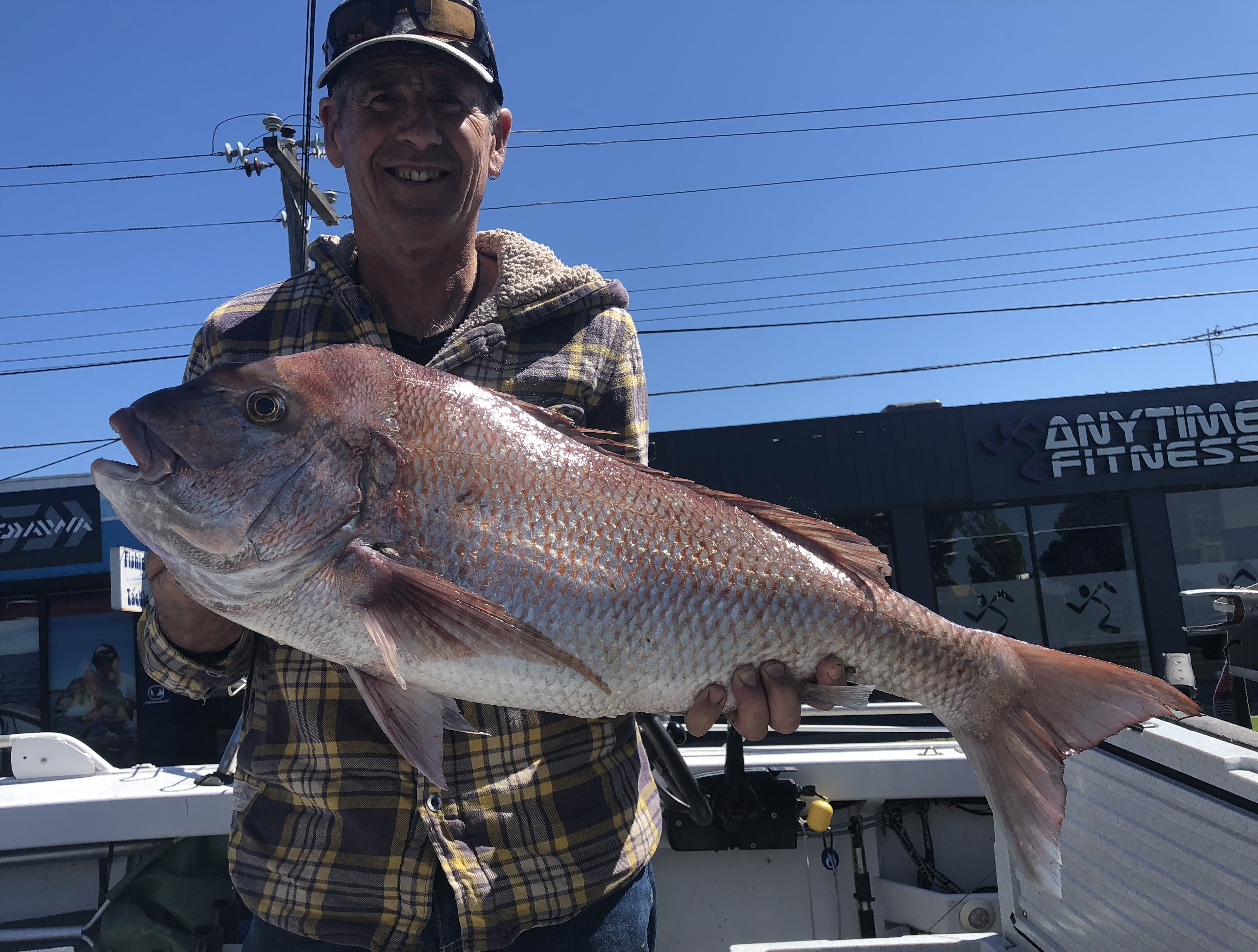 The Corio Bay inner harbour hosted good Salmon fishing right along the Geelong waterfront to anglers casting soft plastics, Josh Whitford reports having a good session fishing from Fishermans pier where he caught a number of Salmon to 1kg. Pinkie Snapper to 50cm are also present along the waterfront and are holding against structure, they will respond well to soft plastics worked on the bottom or baits like Pilchard or Bluebait.

Bryce and Ethan have been smashing the silver trevally in the Barwon River on soft plastics. 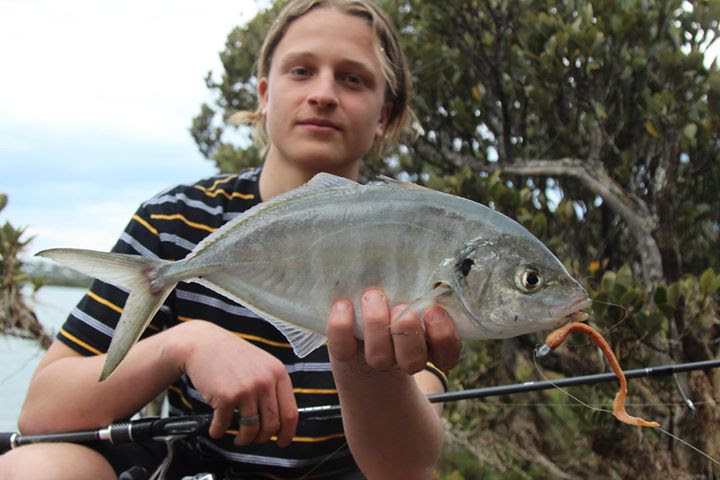 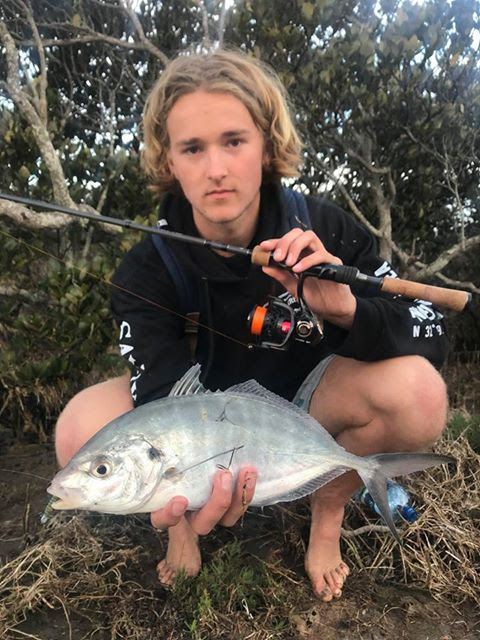 Squid fishing was again fantastic across the Bellarine Peninsula with Clifton Springs, St.Leonards, Portarlington and Queenscliff all producing the goods to those drifting the weed beds with 3-3.5 jigs, the Point Lonsdale Bight was the place to be for the big models being caught on baited jigs.

Queenscliff and around to Clifton Springs has been good for Whiting in excess of 40cm. Fishing the tide change, preferably of an evening, using Squid and Pippie has been most effective.

Fishing freshwater has been great with a number of small lakes being stocked with Rainbow Trout for the school holidays. St.Augustines water hole in Highton received a few hundred Rainbow Trout that you can expect to catch on Powerbait or Worms fished on the bottom with a light sinker.

Lake Bolac had another good run of fish over the weekend with anglers that camped overnight finding the fish biting well at all times of the day and into the dark. Fish to over 2kg we taken on Berkley Trout Eggs and Powerbait.

The River below the Weir has been fishing quite well, the only issue is the current Environmental Flow that is coming down the River, making fishing difficult, but if you hunt around for some water with a little less current or a backwater, there are some good Yellowbelly being caught, bait fishing with Worms, Yabbies and Shrimp if the most productive method. Shrimp have started to move, so you should be able to collect a bit of bait. Locally around Shepparton, fisho's have been getting nice Yellowbelly and in good numbers around Jordens Bend on Worms.

Kirwans Bridge area is due to fire any day now, bobbing Worms, Yabbies, Shrimp and soft plastics around the Willow Trees the best method. All 3 outlet Channels from the Weir are fishing well, with Redfin and Salmon on Soft Plastics in the Catternach and Stuart Murray Channels and Redfin and Yellowbelly on Jackall T/N60's in the Main Eastern Channel. Still some nice Trout and Redfin being caught in the Victoria Lake in the CBD of Shepparton, Fly fishing seems to be the best method, maybe due to the amount of weed in the lake, but Soft Plastics are working well also, maybe have a play around with some weedless setups.

Most of the Channels are fishing well, bait and lures working, Worms and Yabbies, but if you collect some Shrimp and take them to these channels, they are working great for Redfin and Big Yellowbelly, especially the 2 main outlet Channels along Tatura/Rushworth Road and Middle Road also. Hogback style Spinners, Size 3 Stumpjumpers and 3 to 4 inch Soft Plastics working well also. A few Yabbies are starting to move in the local dams around Rushworth/Balliston Area.

Lake Eildon has probably been the standout over the past couple of weeks, a few Trout, some Redfin and plenty of Cod, and any day now the Yellowbelly will fire, so definitely the place top go over the next few months, got plenty of good reports over the last week or so including this one from Colby (pic), Gday Shane, Fishing Lake Eildon has proven a very good choice for many anglers over the last few weeks, as Eildon is open all year round for Murray Cod the amount being caught has gone through the roof, there has been a several cod ranging from the 50’s to 100’s caught on both lures and bait. Some of the lures doing the damage have been Zerek Live Mullet, Spinnerbaits, Deep Diving Old Mate's and Larger Surface Lures.
Both brown and Rainbow Trout are still going strong taking a liking to the usual Tassie Devil and Rapala's on the Troll, Yellowbelly are starting to move about with the warmer weather some getting caught in the low 50’s on bait and smaller lures such as Tassie Devils and Stumpjumpers.
Don’t forget the Mountain Bay Fishing Classic is coming up on the 12th, 13th and 14th of October, it will be a great weekend on lake Eildon with up to $10,000 in prices to be drawn to find out more head to www.mansfieldfnc.com.au 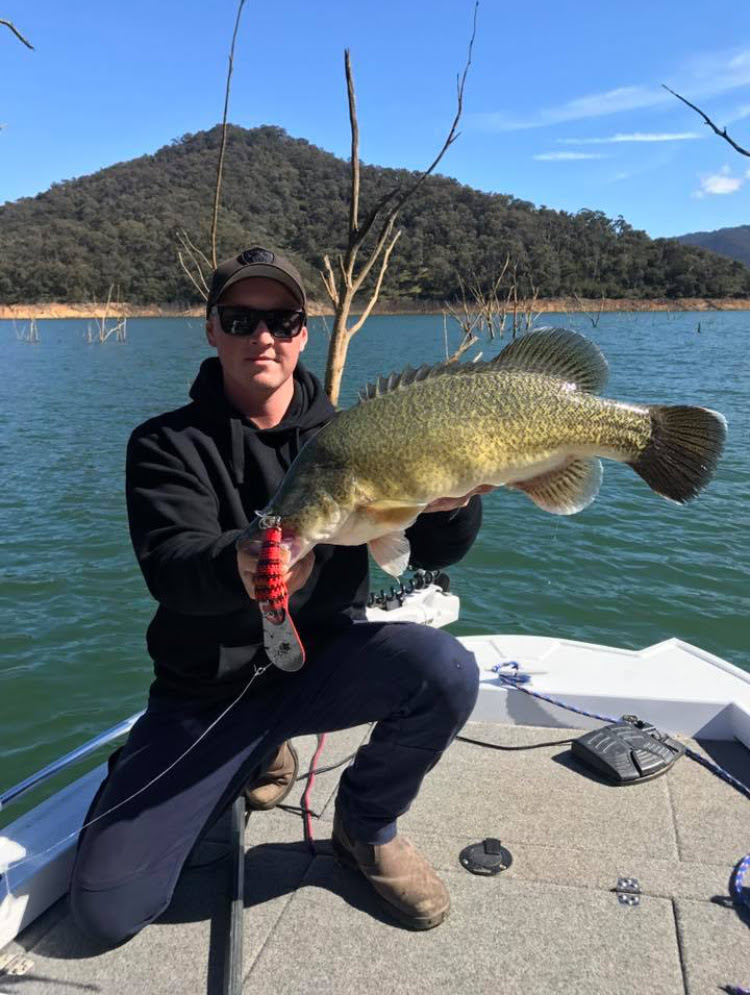 That’s all for this week,
Cheers Colby Croxford-Demasi