This week and last saw some good fishing throughout the bay, Flathead were caught in numbers and with some good sized models amongst them too. Paul Mayer fished last weekend’s calm conditions and while casting plastics around the inner harbour, managed a dozen or so flattys. Adam from Trelly’s Geelong also fished the same area and mixed into his bag of fish was a sizable rock flathead also taken on a soft plastic cast into shallow water. Bream, trevally and pinkies can also be expected along with the odd snapper.

Whiting have made a much anticipated return to the St.Leonards area with some anglers able to bag out. Excellent squid fishing continues from Clifton Springs to Queenscliff with the deeper water off Queenscliff and Point Lonsdale producing big squid on baited jigs with silver whiting or size 3.5 jigs rigged with an assist weight to get them down a bit quicker in the tide.

Snapper have made an appearance along with numerous gummy shark off Clifton Springs as Sam and Jimmy found out during the week. Fresh baits were there key to success. 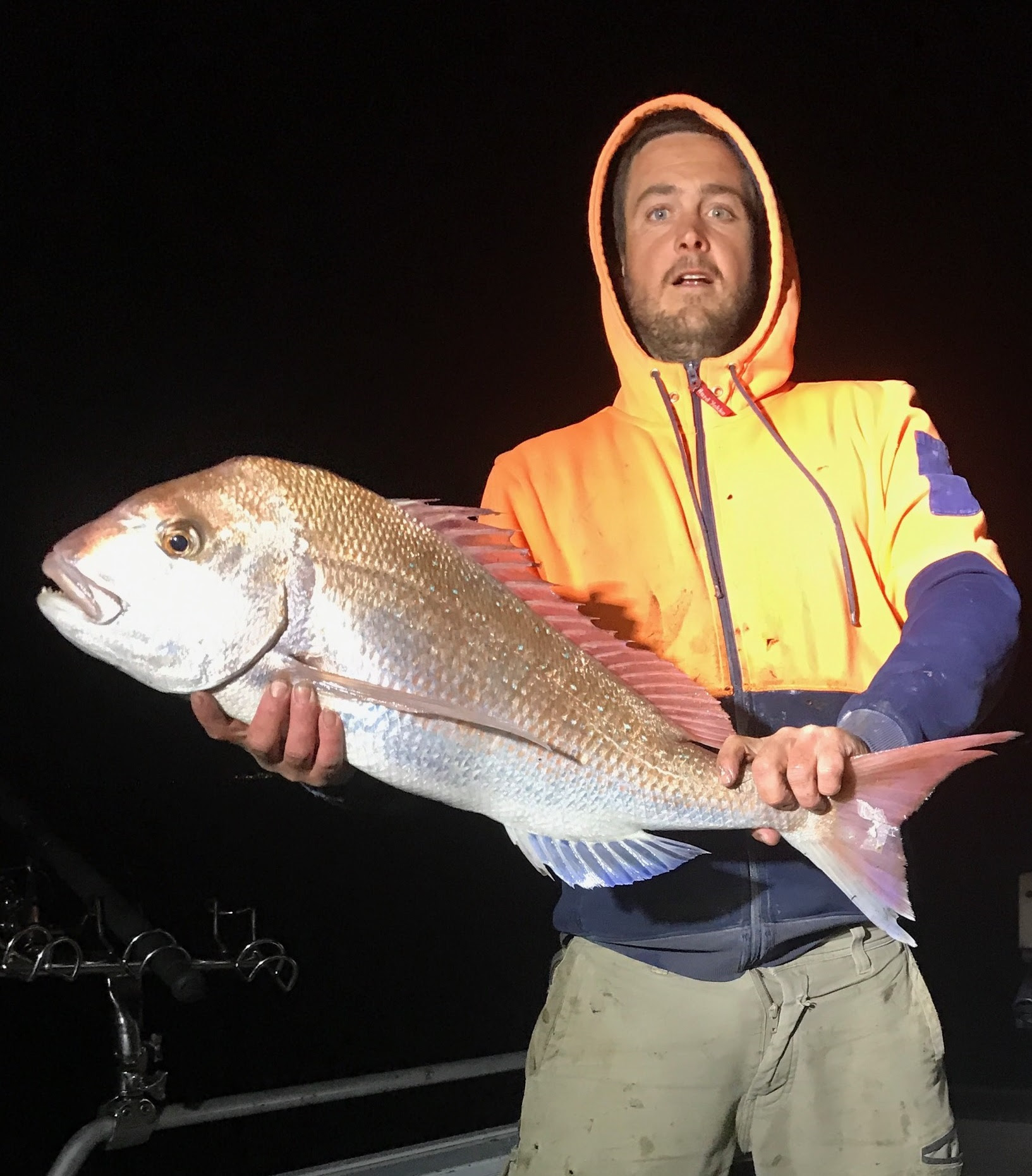 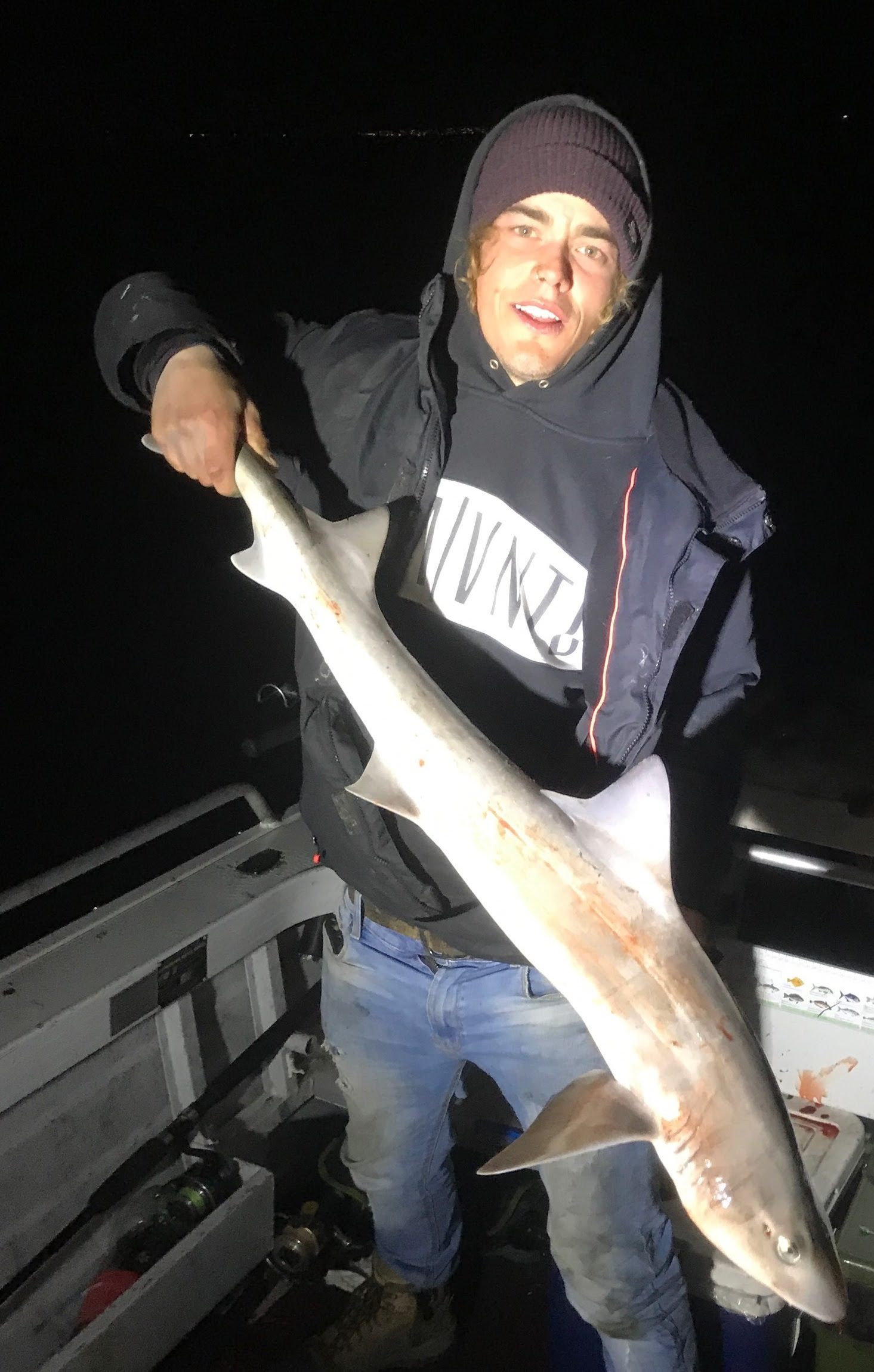 Fez Sepic fished off shore Barwon Heads for gummy shark last weekend and after dropping a fresh salmon fillet down to the bottom it wasn’t long before his line took off at an unexpectedly fast pace, within seconds an estimated 100kg+ mako shark jumped and bit him off mid-air. Chris from Gone Fishing Charters guided his clients onto some huge gummy shark. 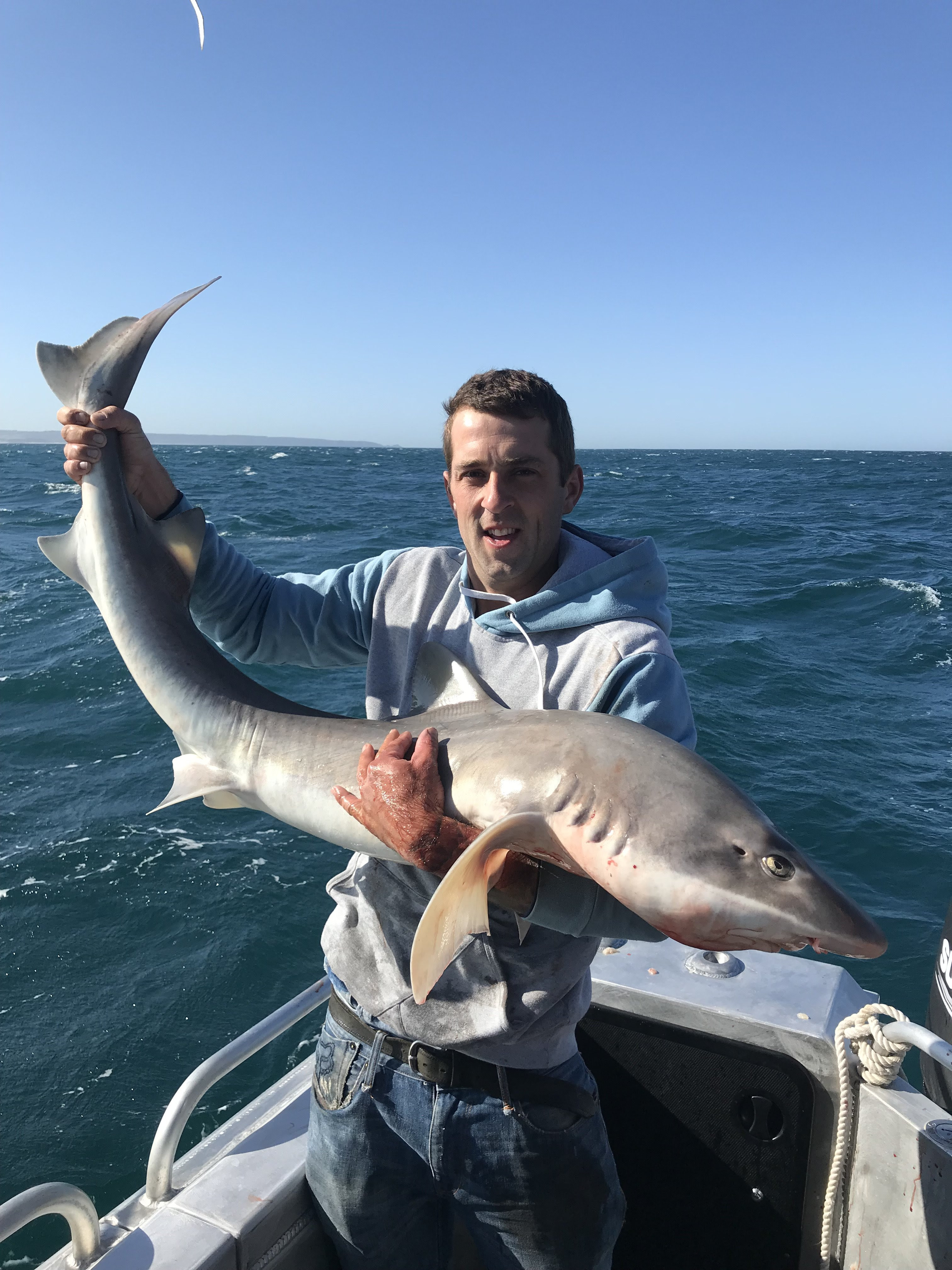 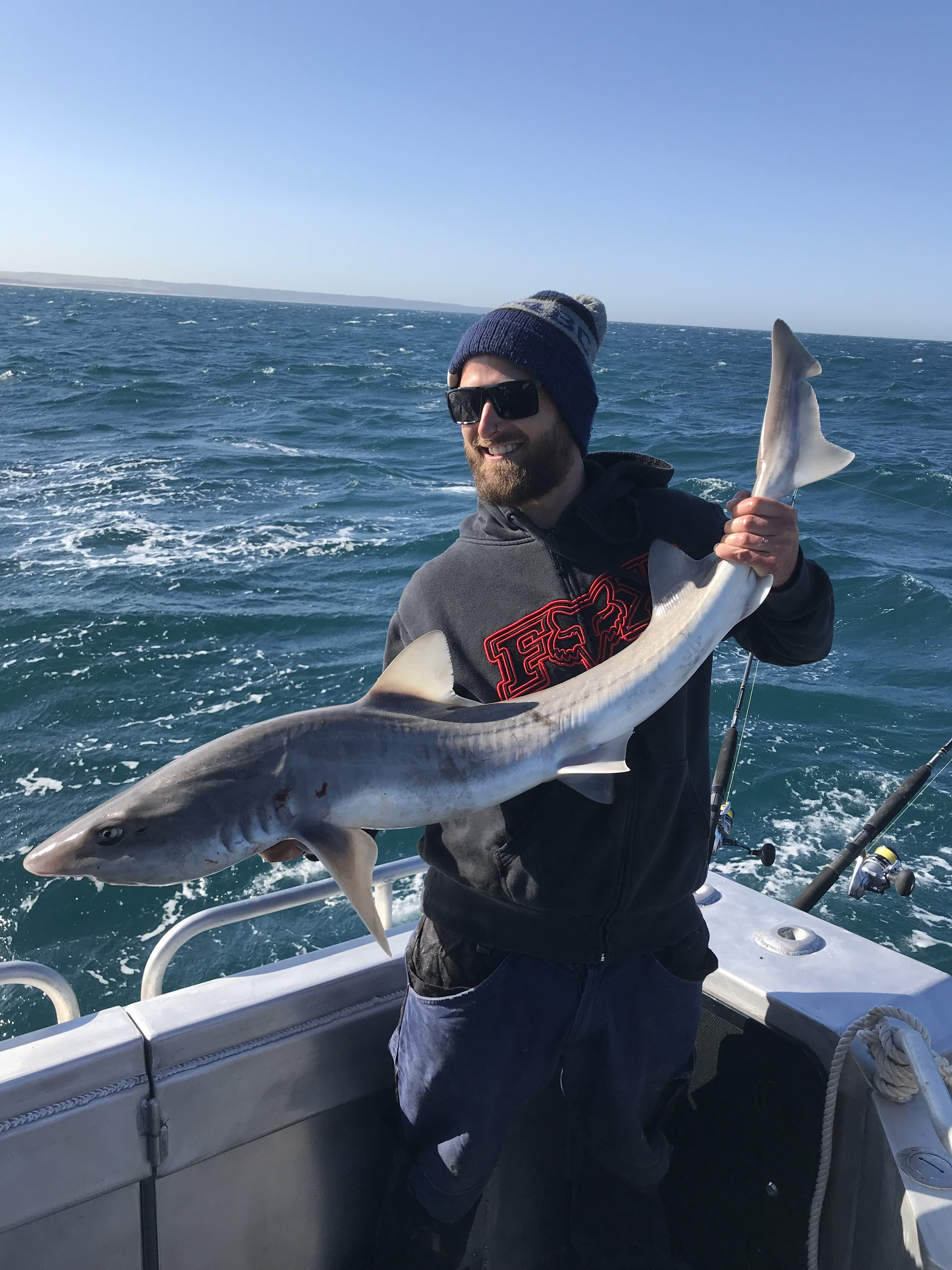 Great Salmon fishing along the surf has continued this week at beaches like Hut Gully and Moggs Creek right down to Apollo Bay. Low swells have also made fishing the rocks around Lorne easy where good fishing has also been had.

Freshwater fishing has been fantastic around western Victoria with the Hopkins River fishing very well for big Brown trout. Casting Rapala f7 and f9 lures under the falls and into any small pools around that area has produced fish pushing 6lb.

The Glenelg River at Nelson makes the report again this week where mulloway and bream were taken by those fishing baits like pilchard and squid. Upstream around Donovan’s and Dry Creek are worth a visit with the bream responding well to pilchard chunks and worms.

The Goulburn River around Murchison, Tooloamba, Shepparton and Undera is fishing quite well for Yellowbelly around the 40cm mark with the occasional 55cm fish. Bait fishing is the best method at the moment, Worms the standout bait with the River being very dirty. Best spots are around Murchison East, Cemetery Bend Toolamba, Arcadia, Raftery Road Kialla and Fidge Road Undera.

Some good Trout and Redfin in Victoria Lake Shepparton on lures such as Size 3.5 Stumpjumpers and Fly, a few Yellowbelly in the Main Eastern Channel from Wahring Station to Invergorden, find a drop bar and focus 70 to 100 yards down from it with Spinnerbaits and Jackall T/N 60's, or bobbing Worms and small Yabbies in the still water either side of the drop bars working well. Some nice Yellowbelly in the Kialla Lakes on Peacock coloured Jackall T/N 60's.

We haven't heard too much about the Murray in the last week besides a few reports of Yellowbelly from Echuca to Beari, mainly on Worms. Things will likely pick up over the next week or so as the weather gets a bit warmer.

A few of our Local Yokels ventured to the Dart last weekend, most of them catching a few fish!, they did report that it is hard fishing at the moment and hasn't quite fired up yet, but they still caught a few. Best methods where drifting unweighted worms, and casting Strike Pro Astro Vibes to the bank, and light line and leader is a must. 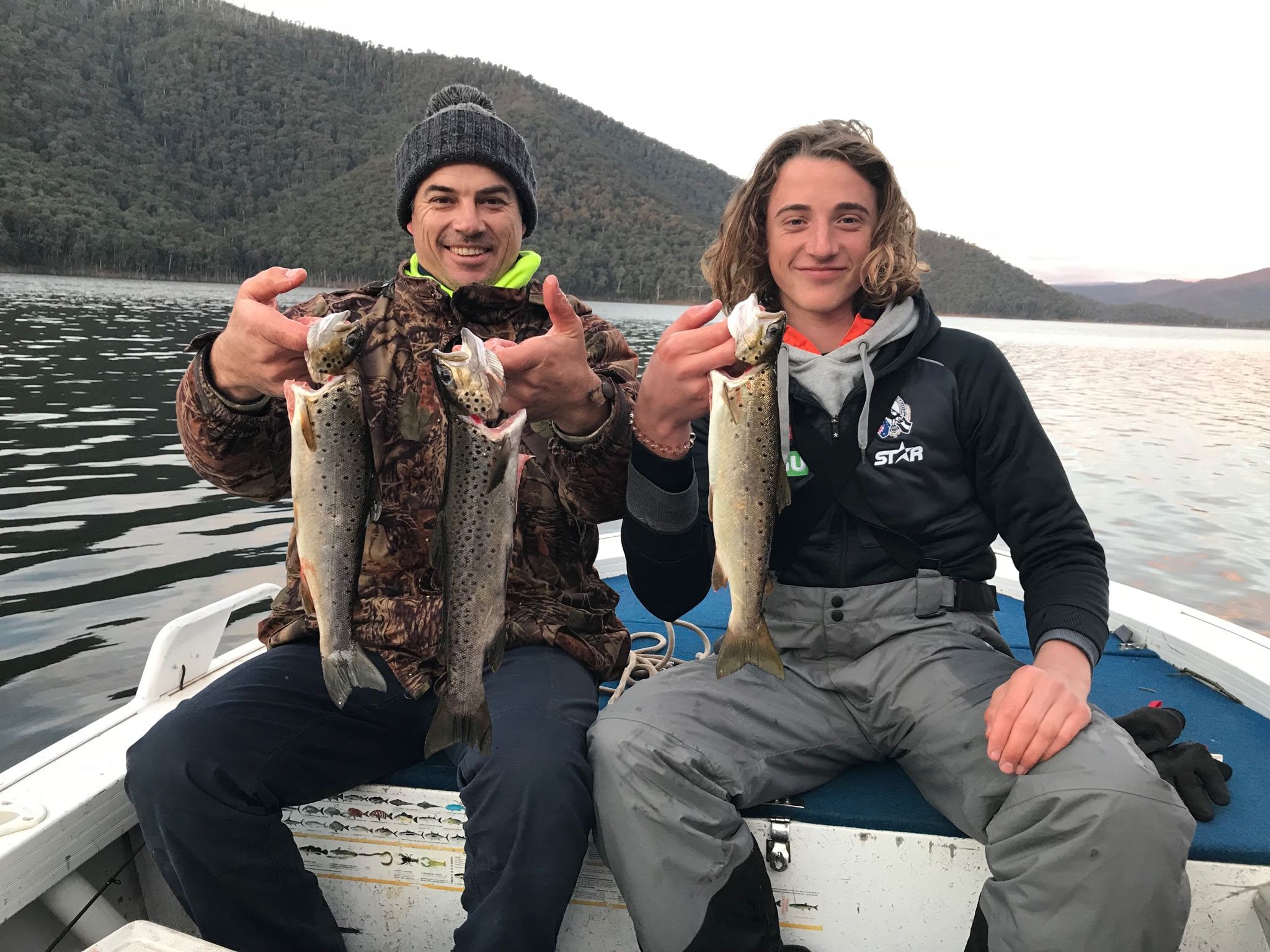 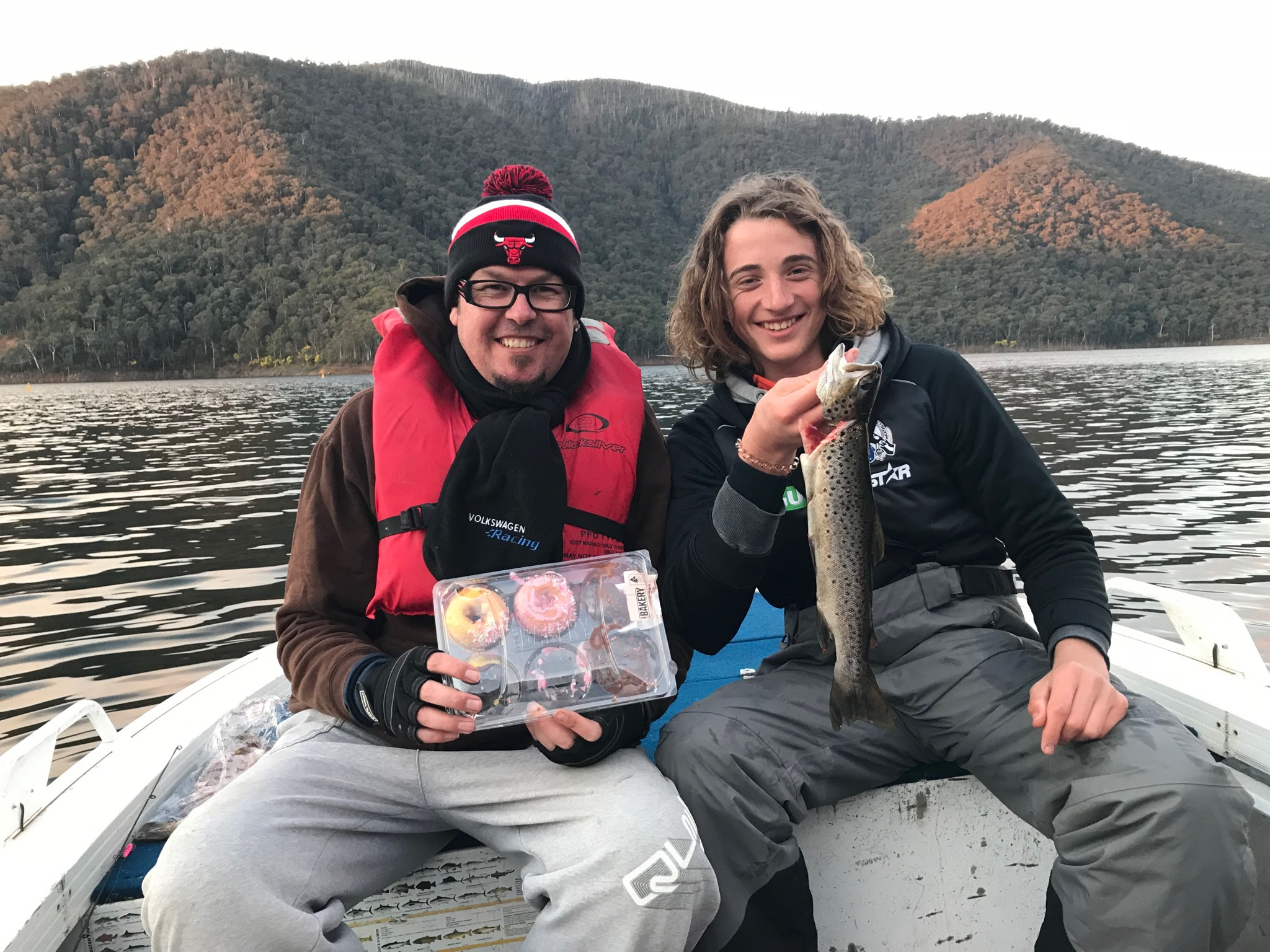