This week saw snapper anglers blow the dust off their gear and hook into some serious fish. Fishing the edge of the channel out from Clifton Springs was a hot spot with numerous anglers reporting great captures from the area. Paul Rahman and Paul Kovzan caught snapper to 7kg using fresh caught squid as bait. 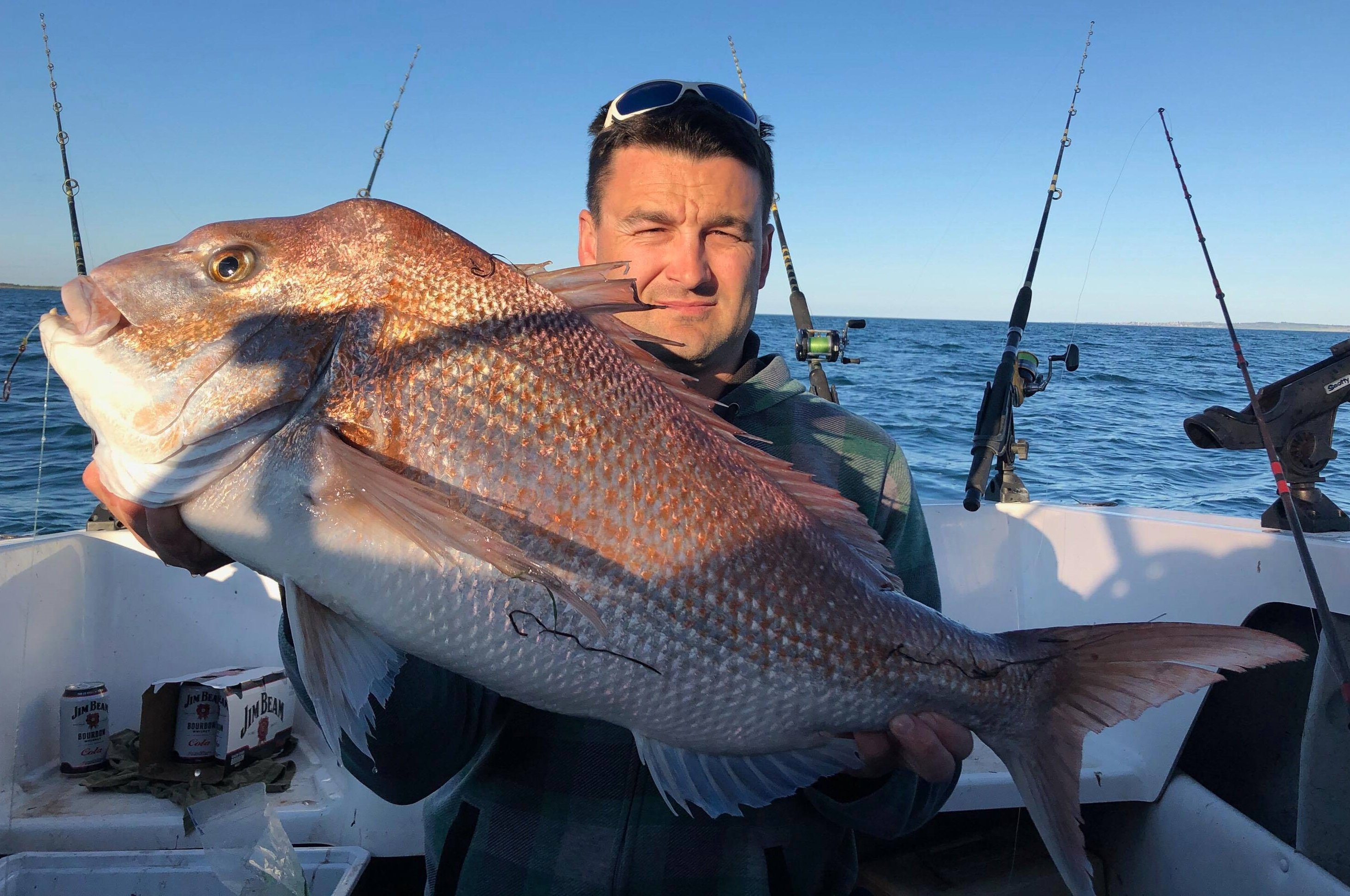 The squid fishing from Clifton springs right along the Bellarine has continued to produce bag limit captures with some land based locations like Queenscliff and St.Leonards pier worth a mention. Huge squid continue to fire in the Point Lonsdale bight with baited jigs being far more effective than artificial jigs.

Fishing the Barwon River mouth saw Australian Salmon caught buy those casting metal lures from the restaurant pier or by wading out to the edge of the drop off that’s accessible from the beach at low tide on the Ocean Grove side.

The surf beaches and rock platforms right along the coast from Lorne to Apollo Bay are always worth a visit too this time of year.

If you’re looking to keep the kids entertained these school holidays then try fishing the Barwon River estuary anywhere along the end of Sheepwash road in Barwon Heads. Using small pieces of squid or pippie on a size 6 long shank hook with a small sinker cast out only a few meters from the bank, you’re sure to have plenty of bites from mullet, tommy ruff and small salmon.

Lake Purrumbete has given up a number of big brown trout to those trolling the east side of the lake this week. Flat trolling big lures or Tassie Devils at sunrise then down rigging a little deeper as the morning progresses is a proven technique.

Stoney Creek gets a mention this week after reports of big redfin on the chew. Redfin to potentially 50cm are available with soft plastics and soft vibes worked close to the bottom being a favourite for the big fish.

Below the Weir was fishing really well over the last couple of weeks, bait fishing has been the standout for some nice Yellowbelly, the fish still seem a little quiet on Lures, just bumping them, so if you add some stinger hooks, this might increase your hook up rate. Murchison East, Toolamba right through to Undera is fishing well, Undera is probably the standout on the Yellowbelly, Worms being the best method. There is currently a Environmental Flow coming down the River, of coarse they time it for School Holidays???, but the River is still fishing pretty good, try the deep water where the flow looks a little slower and don't cast out too far, A lot of the Yellowbelly will be in close to the bank feeding.

A few Redfin around the Boardwalk at Nagambie Lake, mainly on Worms, but size 3 Stumpjumpers and Hogback style Lures working well also. Probably the 3 areas I would focus on is thew 3 Outlet Channels from the Weir, The Catternach and Stuart Murray Channels along Nagambie/Murchison Road where soft palstics give you a chane of a Salmon or Trout, and some nice Redfin here also, and The Main Eastern Channels near Wahring Station where some good Redfin and Yellowbelly on Jackall T/N 60's and small Vibes, Blair Munroe has reported plenty of fish, but a few foul hookups due to the Yellowbelly not quite biting properly yet, they should bite a bit better over the next week or so as the water warms up. Plenty of Redfin being caught on Fly in Victoria Lake in the CBD of Shepparton, some fish are around the 40cm mark.

When the wind allows, there are some nice Redfin being caught, not huge numbers yet, but the fish are a little bigger at the moment, Lures are working ok, but Worms seem to be the pick at this stage and try the deeper water out from the Yacht Club and along the Wall, this time last year saw some massive Yellowbelly between 60 to 70cm, so hopefully they start to show up. All the channels are fishing well, Worms and Small Yabbies, Soft Plastics and Small Hardbodies such as RMG Poltergeists and Size 3 Stumpjumpers working well and focus around the Structures such as Drop Bars, find them by using Google Maps, just look for a bit of White water, and it doesn't have to be the main Channels, try the spurs also. The Main Western Channel around Middle Road is fishing well for Yellowbelly and Redfin, mainly on Jackall T/N60's.

Austin Laurie has been getting some nice Yellowbelly in the Campaspe River at Rochester, he reports plenty of fish on Worms out of his Kayak. This is a good time to hit this area with small Bassman Shorty Spinnerbaits and Yellowman Series and bobbing some 3 to 4 inch Black Plastic Grubs around the trees. 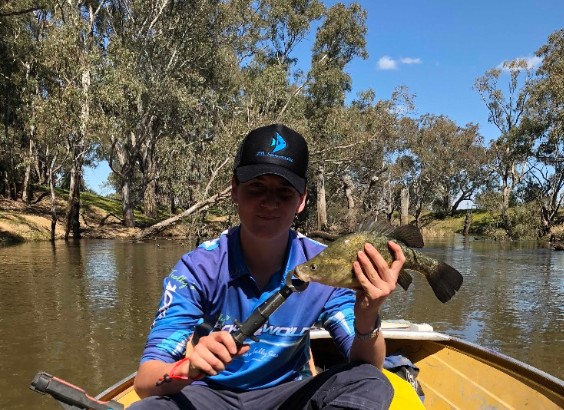