Unfortunately us fisherman have copped some pretty average weather over the last week, however for the dedicated anglers they are still managing to tangle themselves with some nice fish. Inside Corio Bay and in particular the Geelong yacht club is on fire with snotty trevor barrys and the just seem to be everywhere with fisherman’s pier being the number 1 hot spot. A lightly weighted running sinker rig with a piece of chicken is going to be your best setup when targeting them, however casting small 2inch soft plastics. Casting soft plastics has also been very effective for some other species such as pinkie snapper, flathead and salmon. Pinkie snapper still remain in great numbers in the similar areas but tighter on the structure you can get your lures the better with lightly weighted Gulp sandworms slaying fish. 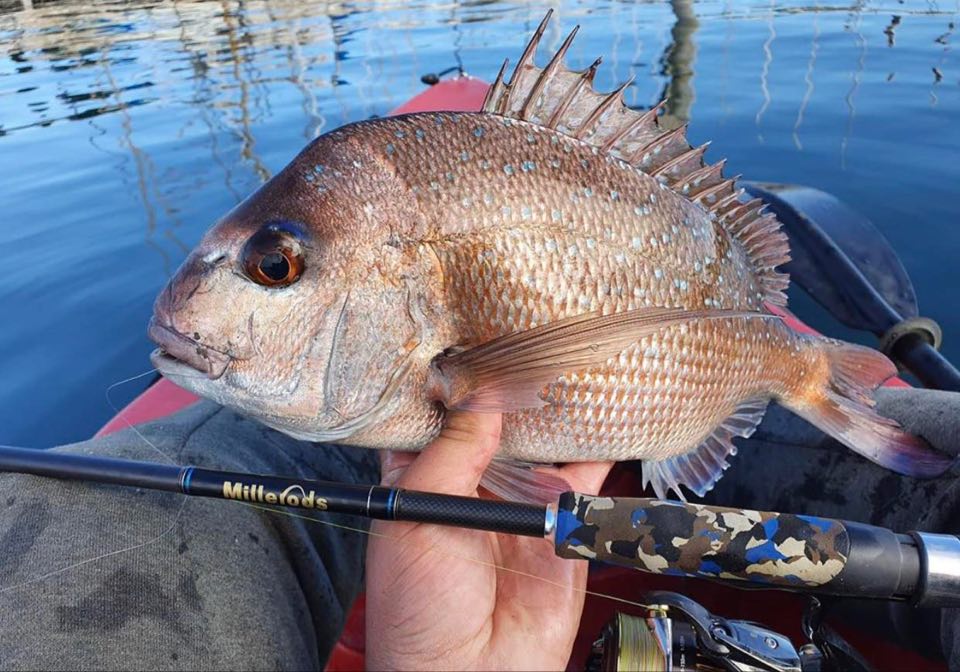 Along the Bellarine peninsula and the king George whiting have proved to be quite difficult from Leopold to Clifton springs however there are some fish holding towards Portarlington through to indented heads and as expected st Leonards has had its fair share of whiting reports too. There has been plenty of Garfish in similar areas to the whiting but just in a bit closer to shore and making sure you have a solid burley trail out is the key to get them around your baits.

Off the surf coast beaches there has been a few reports of Gummy sharks starting to roll through, fishing fresh baits such as calamari and salmon is your best bet with a panernoster rig to keep your bait off the bottom and away from the crabs. Fishing the tide changes are the ideal time for when to go down and wet a line.

Wurdiboluc Reservoir has still had some reasonable trout fishing on the go as of late in particular the rainbow trout. The rainbows have been in respectable numbers and have been quite keen on eating shallow running divers. Andrew Orchard made the drive down landing trout to 40cm on shallow running minnow lures with trout patterns working best.

Lake Bullen merri is continuing to produce plenty of rainbow trout and chinook salmon. Trolling Tassie devils and rapala F7 hardbodies along the edge of the lake in first light is ideal and as the day goes on getting deeper with your lures will have better results. Fishing during the afternoon has been very productive for Chinook salmon whilst bait fishing, using pilchard fillets and glassies.

Water quality is great at Cairn Curran. If you're brave enough to venture out in the cold icy mornings you're in with a good chance. There has been some good yellow belly being caught up to 50cm. The key to targeting yellas is to focus on depths of around 3-5 meters and hit the rocky areas either using bait, jigging lures or casting vibes. If you're bait fishing scrub worms on a running sinker has worked the best. Lures such as TN60s and the Jackall Squirrels have helped produce these fish. It’s also worth trolling the lake with a few reports coming through of some good sized redfin being caught however can be hard to locate. If located cast plastics or jigs into the school.

The Loddon River has been fishing pretty well over the last few weeks. Bait fishing with yabbies or scrub worms has been successful from Bridgewater to Serpentine. Big surface lures or hardbodies are an excellent choice this time of year and has been very productive for a lot of anglers in these colder months. 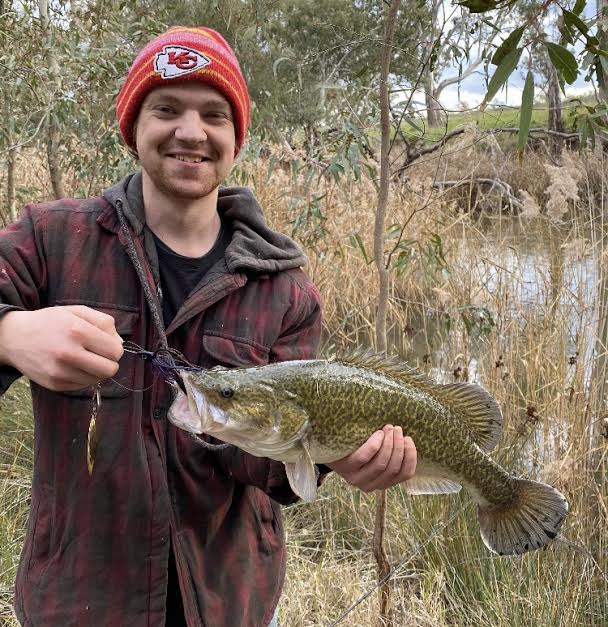 Finally! The reddies are starting to bite, let's hope it stays this way. Trolling the lake until you find the school has been the most productive way to take a bag home. Once you’ve located the school cast plastics such as the 3” fish arrow and slow bounce of the bottom. Plastics with a flash or that are bright in colour seem to work the best. Jigging is also a great alternative to bouncing plastics, the gillies bobbin 20gram is the most popular.
Still some good quality yellow belly getting caught, either on the troll or on the cast around the rock walls. These fish still are most active during the morning or late afternoon. 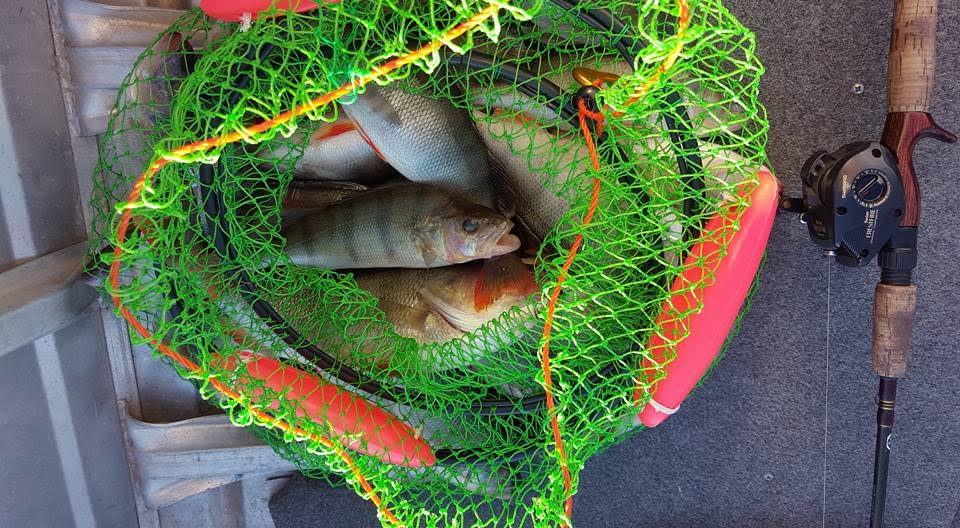 The clarity in the Campaspe has definitely improved which will be music to local anglers ears. Getting a few reports of some small Cod being caught around Elmore on stump jumpers. It’s worth starting to put in some hours in this water system as I expect reports to increase in the coming weeks. Still recommend casting something with a bit of rattle such as a doozer. Early mornings persist with surface lures such as aussie bassman crawler or chatterbaits such as the gangster hoodlum.

Crusoe, Kennington and Lake Tom Thumb are all fishing well. These reservoirs and lakes have produced great numbers of school trout for the holiday season! Bait fishing seems to be the most effective way to get the stocked trout to bite. Nathalia Euro Worms or Berkley Powerbait Nuggets are the best way to entice the trout. A running sinker rig with a size 1 ball sinker and size 4 bait holder hook is the best. If you need help setting up your rig, come into the store and we will help you out. 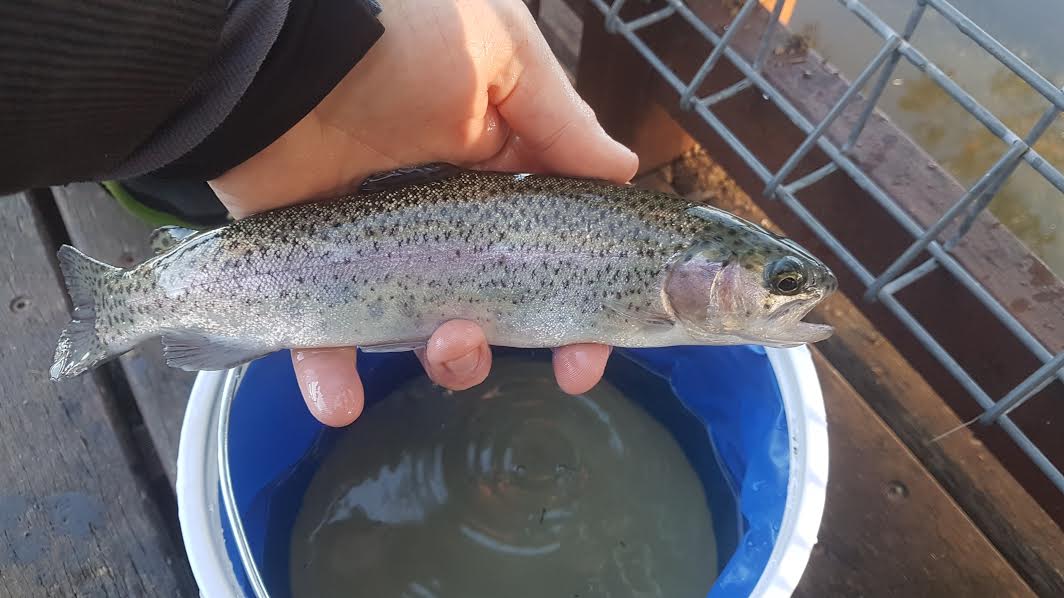 It has really been hit or miss at Mulwala. Several anglers struck it lucky landing some monster cod up to 125cm late last week and over the weekend but most have fished day after day for not even a bump. Casting swimbaits, mumblers and surface lures has certainly done the most damage. Justin and Karen from the Bendigo Store headed to Mulwala last weekend and Karen had a cracker of a day on Saturday two on the Bassman Aussie Crawler including a new PB and missing another monster. 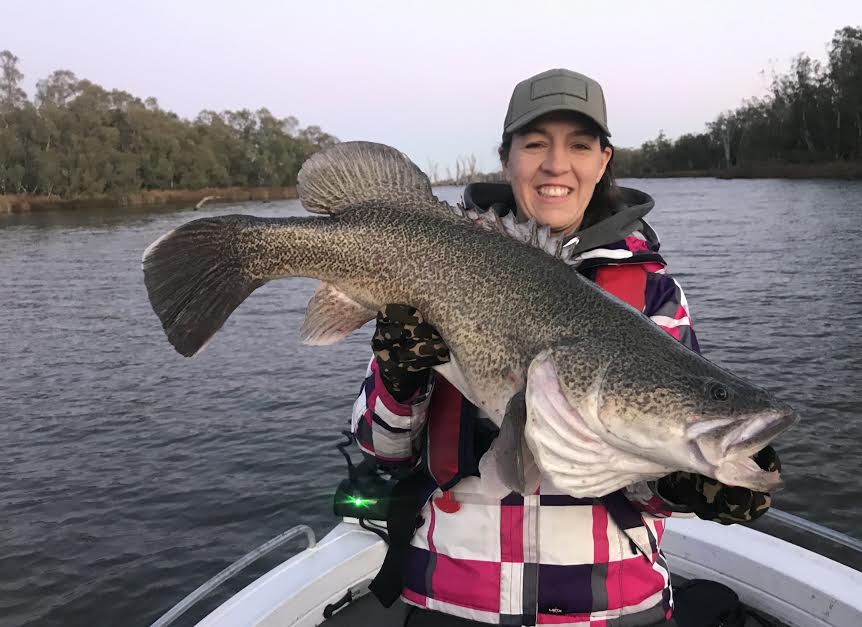