Inside Corio Bay and garfish are in good numbers all along the land based structures with St Helens and Lineburners rock walls being the two most popular locations. A very simple pencil float rig, small piece of bait and a burley trail is all you need to get stuck into the action, there is also plenty of quality by catch around of pinkie snapper, trevally and salmon. 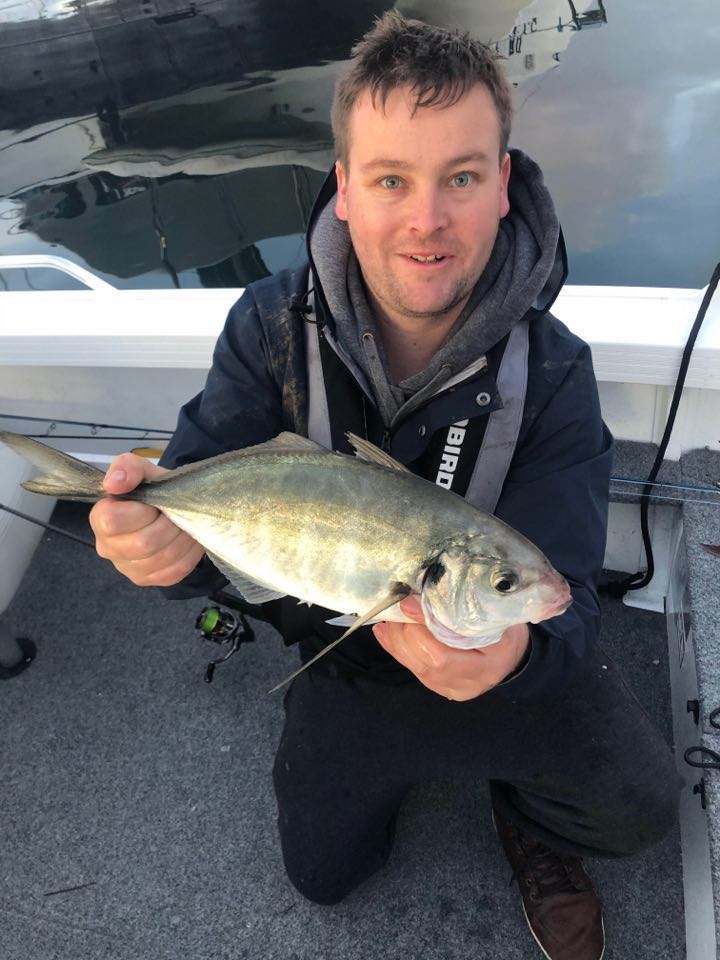 Clifton springs right through to St Leonards has been on fire for squid and there are some cracking specimens amongst them. Size 3.0 jigs have been working best but if you are chasing the bigger squid then the #3.5 sized jigs is what you’re going to want to throw. 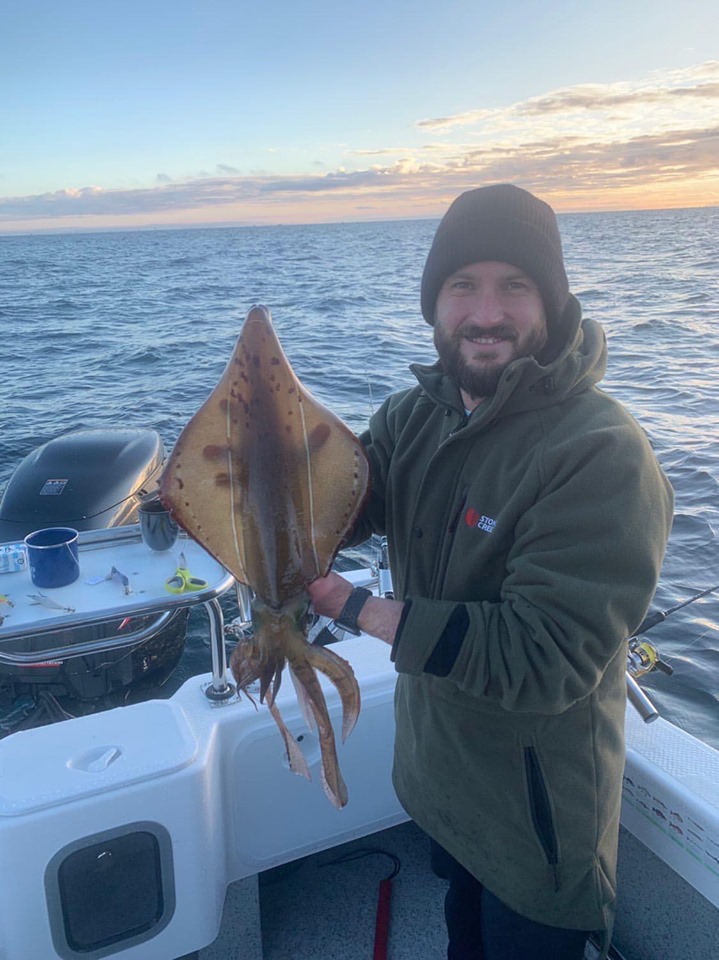 Offshore Barwon Heads is continuing to be a great option for a wide variety of species including snapper, gummy sharks and tuna. Snapper and gummy sharks have been sitting in great numbers along the 30 metre mark, using pilchard cubes for burley has been the key to success when chasing the snapper. 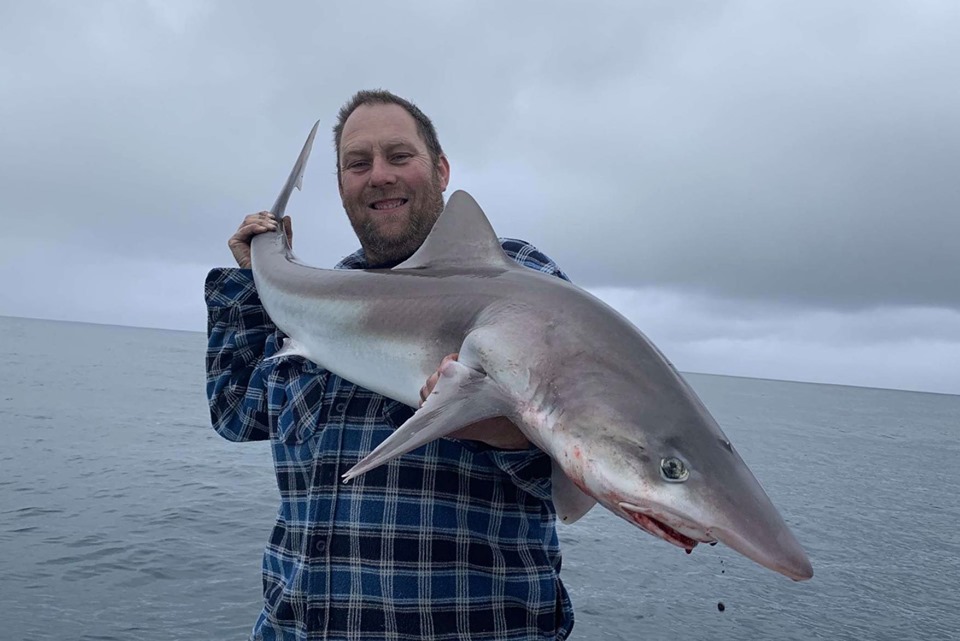 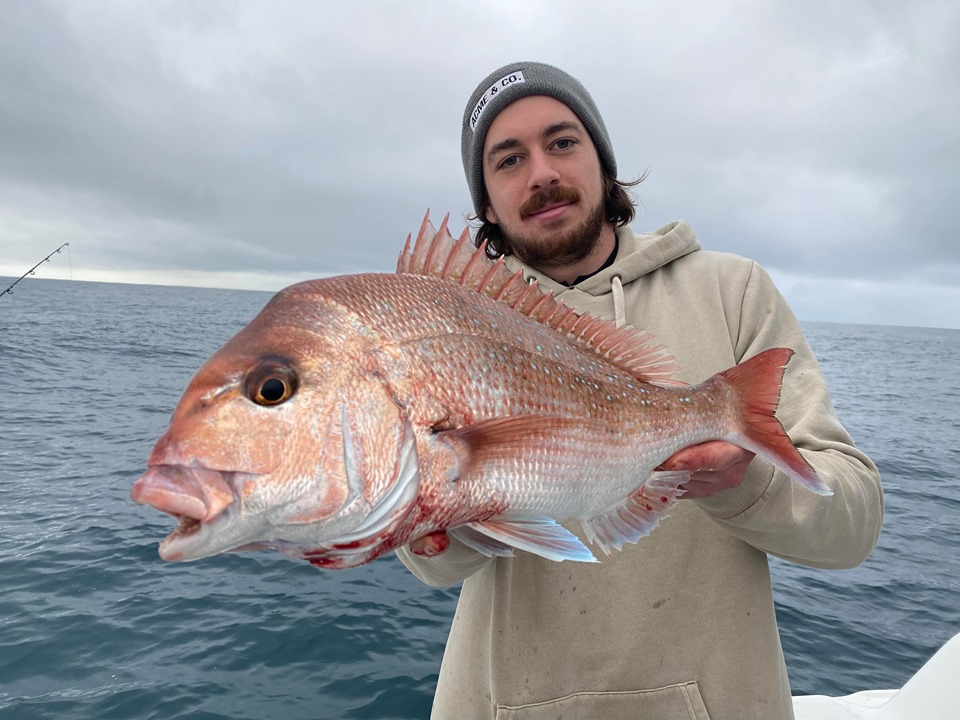 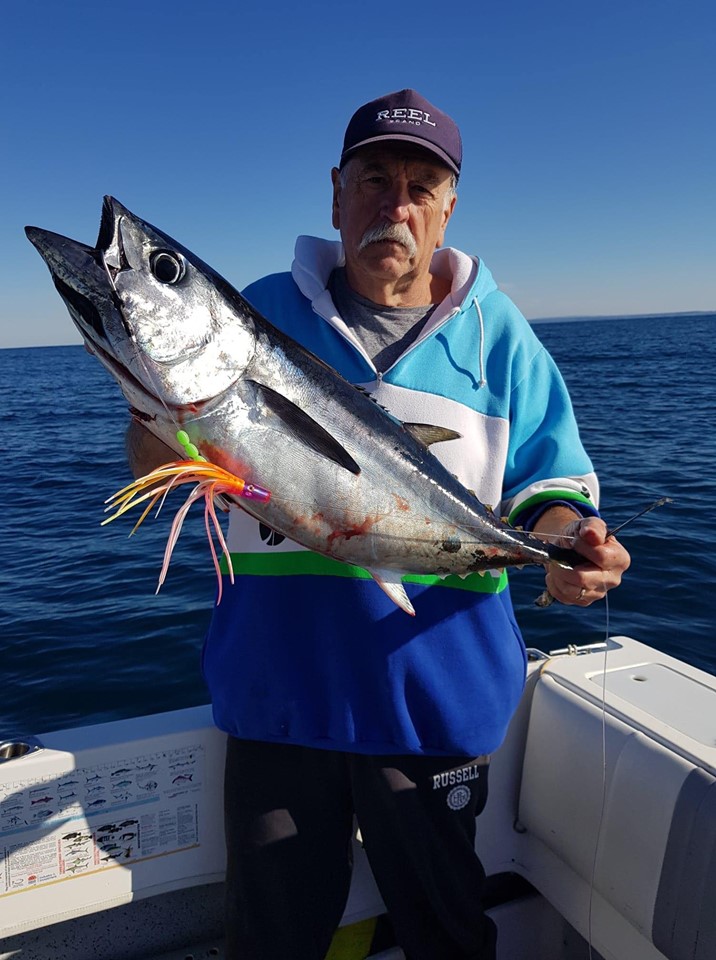 Tuna have made a pretty strong appearance too, although they aren’t massive in size they are fantastic fun on light tackle and great to have them so close to home again.
Portland continues to be producing some solid Tuna fishing too with the school fish holding between 80 – 130 metres behind the rock and the barrels are at the back of Cape Bridgewater with 55 metres being the most popular depth. There has also been some fantastic bottom fishing off Portland aswell lately with slow pitch jigging being a stand out, Dylan Pace from Trellys Fishing World got into the action over the weekend landing snapper, latchet, nannygai and coral perch all on jigs. 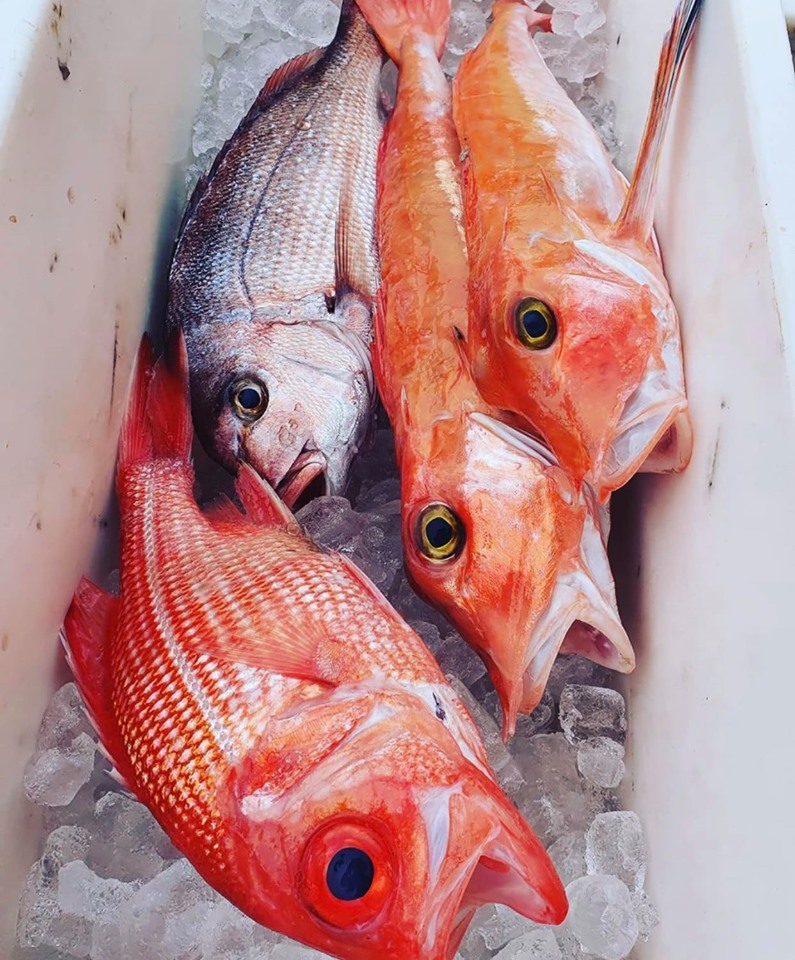 The western lakes are still continuing to give up some great trout fishing for both boat and land based fishos. Nice and close to home Wurdiboluc is still producing some quality brown trout to the patient angler, casting off the rock wall with either spoons or shallow running minnows are working best. Lake Bullen Merri has been quite productive aswell with rainbow trout and chinook salmon in good numbers, trolling down deep has been the trick as the fish seem to be holding between 10-20 metres of water with Tassie Devils and natural coloured divers being a standout.

It has been great to hear that a few anglers have tangled with some larger yellas at Cairn Curran in the past week. Trolling small hard bodies around rocky points seems to be the most effective way with the standout lures being the 15ft Codger or 50mm RMG in crazy deep.

The Loddon river has been dropping which has unfortunately slowed the fishing down. The clarity is still quite good however and once water levels steady up the fish should come back on the chew. Still persist with the early mornings and late afternoons and casting those bigger surface lures.

Eppalock is still hit and miss, watch your sounder and try to find the schools of redfin.
Once schools are located try jigging mask vibes, ice jigs or Strike Tigers soft plastics in the 1” Nymph.

The Campaspe River clarity is still very poor all the way from below Eppalock to Rochester.  Even though conditions will be tough it is still worth casting larger lures tight to structure to try to entice a bite from a larger cod and it may be worth adding a bit of scent onto your lures to add that extra element that could help you avoid a donut trip.

Reports from Tullaroop have slowed down a little this week. Some anglers are still managing to catch good size redfin up to 50cm and are taking home good bags of fish. These fish are still holding deep and are best targeted using heavier jig heads with soft plastics or bobbing jigs.

Kennington Reservoir is still producing good numbers of trout. Tassie devils or spinners such as rooster tails in pink are still working best. Reddies can still be found around the 20cm mark with most coming on bait, a running sinker rig with a worm is the best method.

There no squid at st Leonard’s