The Geelong waterfront this week continues to be one of the top locations for anglers looking for a feed of fish and for good reason, Snapper, Silver Trevally and Snotty Trevalla are in great numbers and they are hungry! These fish are holding tight on the structure and are responding very well to small soft plastic lures being retrieved nice and slow with a twitching action working best. Adam Van Der Lugt from Trellys got out over the weekend and had a ripper session on the Pinkies with fish to 1.5kg and in sensational numbers with Z man soft plastics working best. 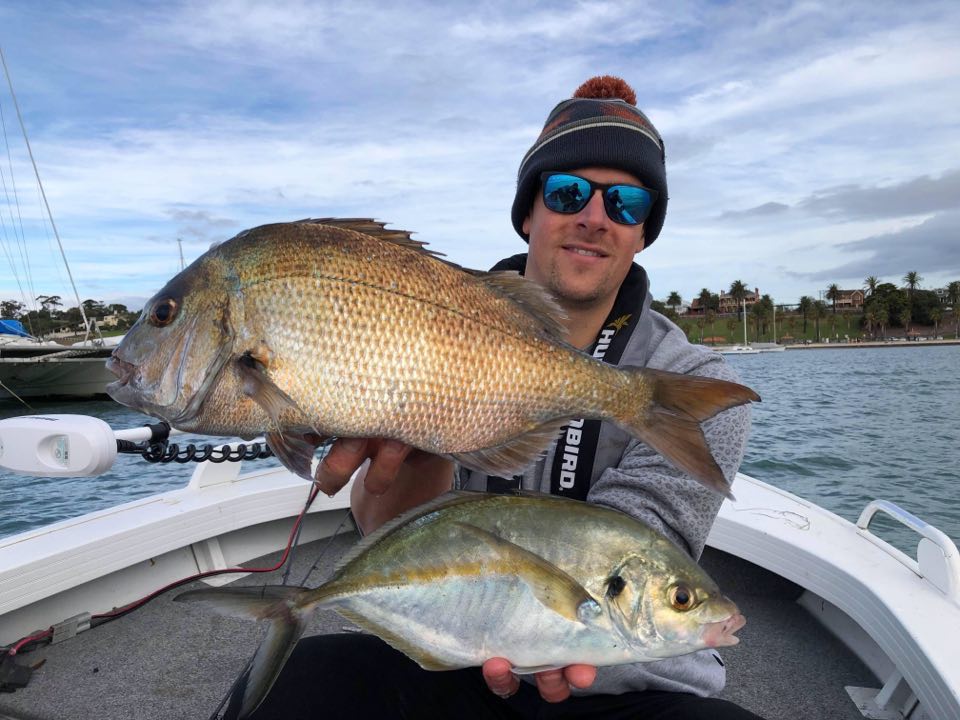 The Bellarine Peninsula has continued to be a popular location for some of the Bays tastiest fish with King George Whiting, Flathead and Squid all biting well. Whiting have been biting best towards St Leonards and Queenscliff with some cracking fish hitting the deck and bag limit captures common, there has also been some solid Flathead in the same grounds making and an appearance when fishing for the Whiting. Calamari have been in similar to the Whiting just in a bit closer with depths from 2.5 to 3.5 metres working best and natural coloured jigs being most productive.

The Fishing along the west coast has been fantastic at the moment with offshore and inland waters giving up some solid fish. Portland and Port Fairy have been the hot Tuna location for the past few weeks and with School and Barrel Tuna biting the way they have been its easy to see why everybody is itching to get down there. The Schoolies have been sitting anywhere between 40 – 80 metres of water, although they aren’t at a huge size there is plenty of fish out there to keep you entertained, the Barrels have been once again in the 55 metre mark with Redbait and Evil coloured skirts working best.

The Estuary systems along the coast have been very productive for Black Bream. Chris Pitman from Tellys got down the coast over the weekend finding himself large Numbers of Bream to 35cm snatching up his lures like no tomorrow. Chris noted that casting vibes in the middle of the river was a standout and a key to his success. 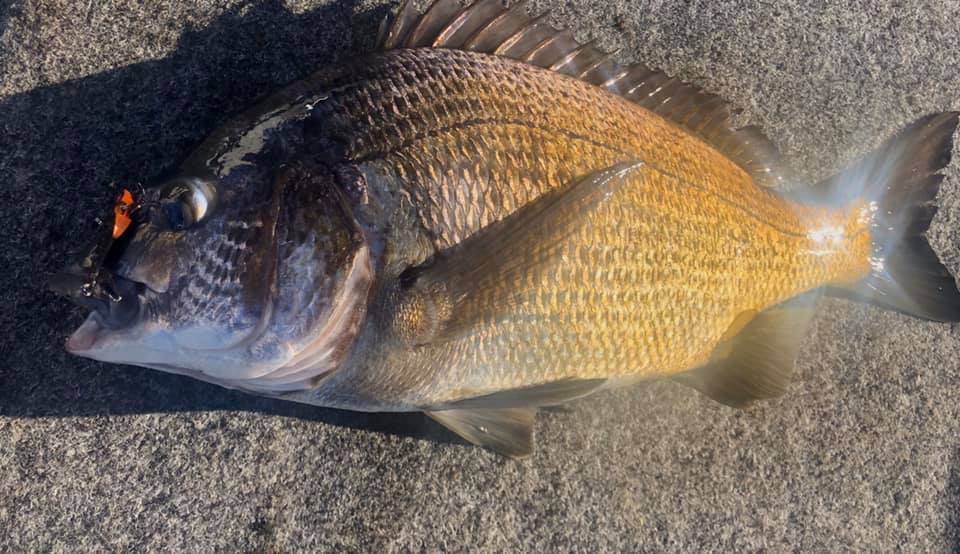 Wurdiboluc has been a popular location as of late for Brown and Rainbow Trout for land based anglers casting lures off the rocks, first and last light are the by far with shallow diving lures working a treat. 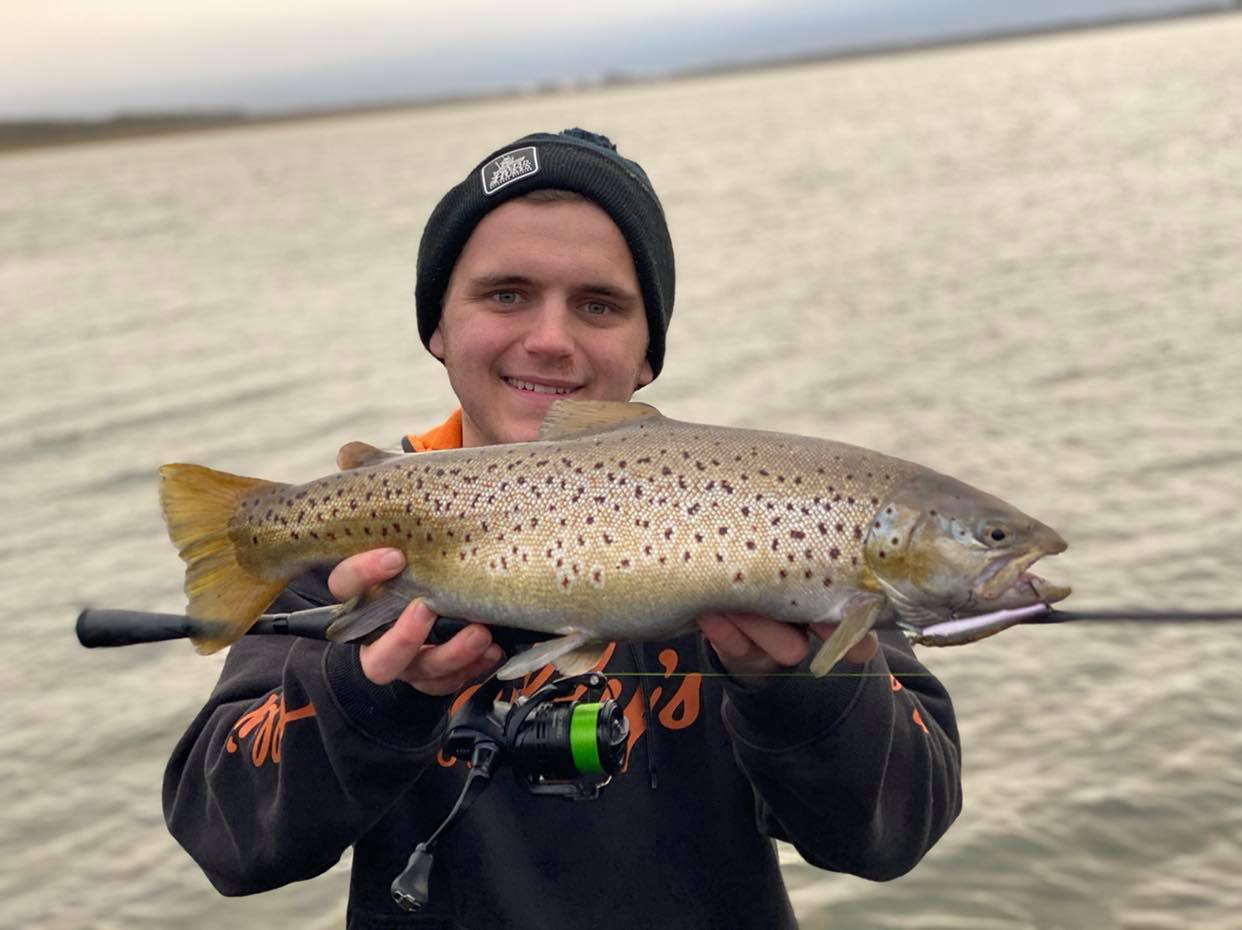 Water clarity is relatively clear on the Loddon River from Baringhup through to Fernihurst however fishing has slowed down over the last week. Now is the perfect time to chase those bigger winter cod that lurk in the Loddon. Fishing larger hard bodies such as your 90mm A/C Invaders and White Crows in shallow divers will put you in with the best chance to hook up and if you’re brave enough to venture out in the cool frosty mornings it is worth persisting with big surface lures like Balista Tremors or Taylor Made Walks On Water.

Reports have slowed down this week since the cold and frosty mornings have rolled in however it is still worth casting the rocky edges if you are chasing yellowbelly or cod. If you're after a feed of redfin trolling lures to try and find a school of reddies is the best method and once you’ve located a school anchor up and try casting plastics such as the Strike Tiger 1” Nymph in Atomic Lime or Orange Spawn. Casting hard bodies such as your RMG in the redfin colour 50mm crazy deep would also be worth a try.

It is still very quiet in the Campaspe River downstream of Eppalock through to Rochester with the water clarity still being poor. It is worth casting bigger surface lures to create a lot of noise to try and tempt a big cod out. Hopefully clarity improves in the coming weeks.

Tullaroop is still the redfin hot spot this week with multiple reports of trophy fish being caught and some pushing over the magic 50cm mark. These fish seem to be holding deep and are best targeted using heavier jig heads with soft plastics or bobbing Rapala Jigging Shad Wraps. Anglers that are putting in the hours are also getting rewarded with good size rainbow and brown trout by slow trolling lures such as the Rapala X-rap XR-6. 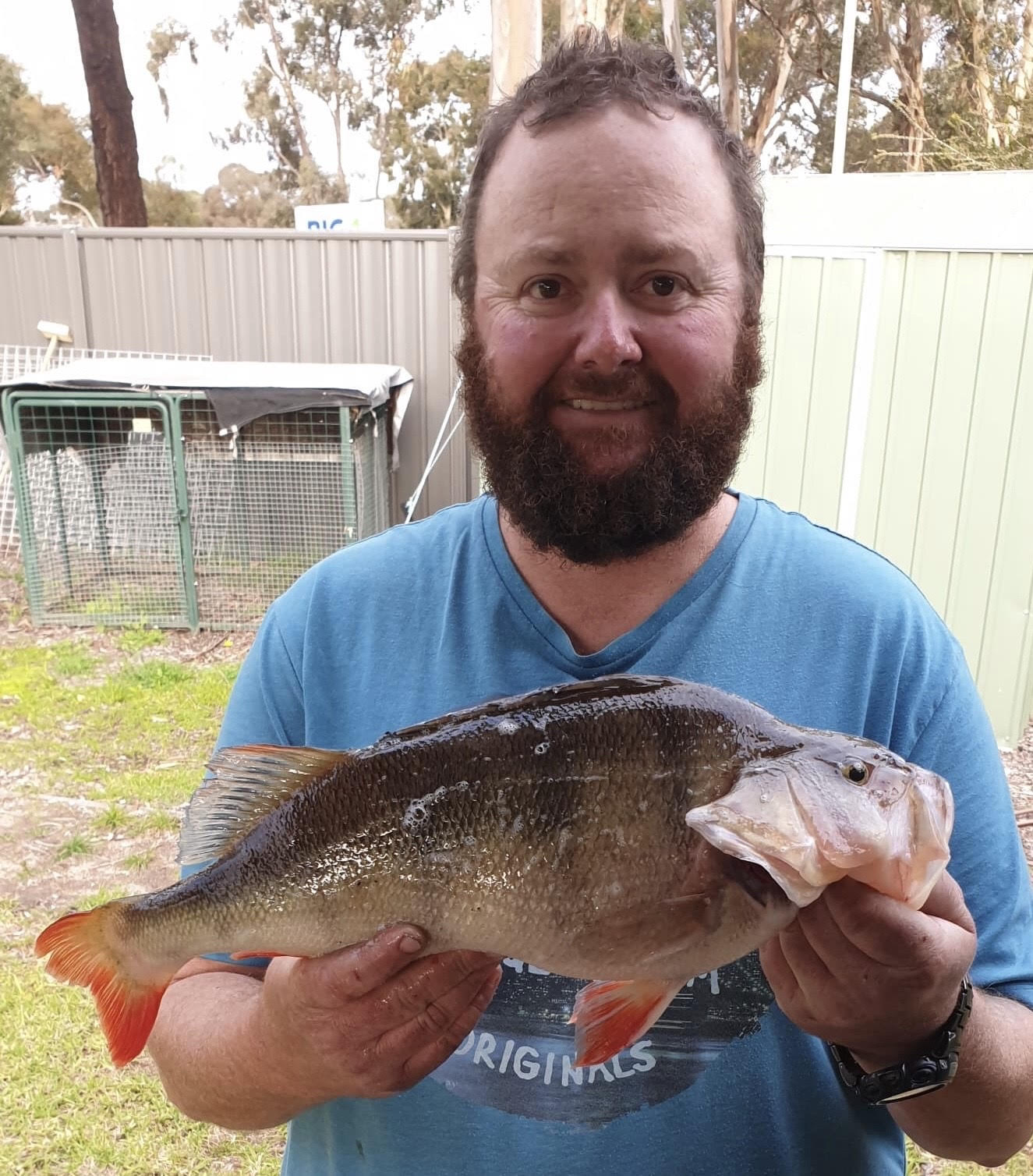 Kennington Reservoir is starting to come to life with stocked trout being caught by many anglers this week. Lures are proving to be productive with the likes of Tassie devils or  spinners such as rooster tails in pink working the best.
Bait is also working with worms under a small float or powerbait with a running sinker also proving to be a go to for many anglers. Most popular powerbait this week is sherbet or rainbow. Reddies can also be found around the 20cm mark but reports have slowed since the cooler weather has moved in.

Any reports off Fairhaven or Apollo bay Surf beaches