What a fantastic week it was to have fishing back on the cards, we were completely spoilt with brilliant weather and some great fishing was on offer too! Inside the Corio Bay Yacht Club had fishos from boat and land hauling in some ripper captures, with Pinky Snapper, Flathead, Salmon and Snotty Trevalla keeping anglers entertained. Soaking baits such as Bluebait and Squid are ideal however small 3” soft plastics proved deadly and proving to be more successful than Bait.

Clifton Springs was a hot spot this week with large numbers of boats flocking to the Squid grounds in hope of a feed of Calamari and let’s just say they were not disappointed with lots of boats finding their bag in no time. Drifting over the weed beds in 3.5 metres of water with size 3.0 artificial jigs working best. There also seems to be plenty of Snapper out there at the moment too! St Leonards and Queenscliff have also been producing plenty of Squid and a slightly better average size too, with the good Squid fishing has also seen some fantastic Whiting fishing on offer too. Fishing a tide change is essential when targeting the Whiting in these areas and it’s very hard to go past fresh Squid for bait. 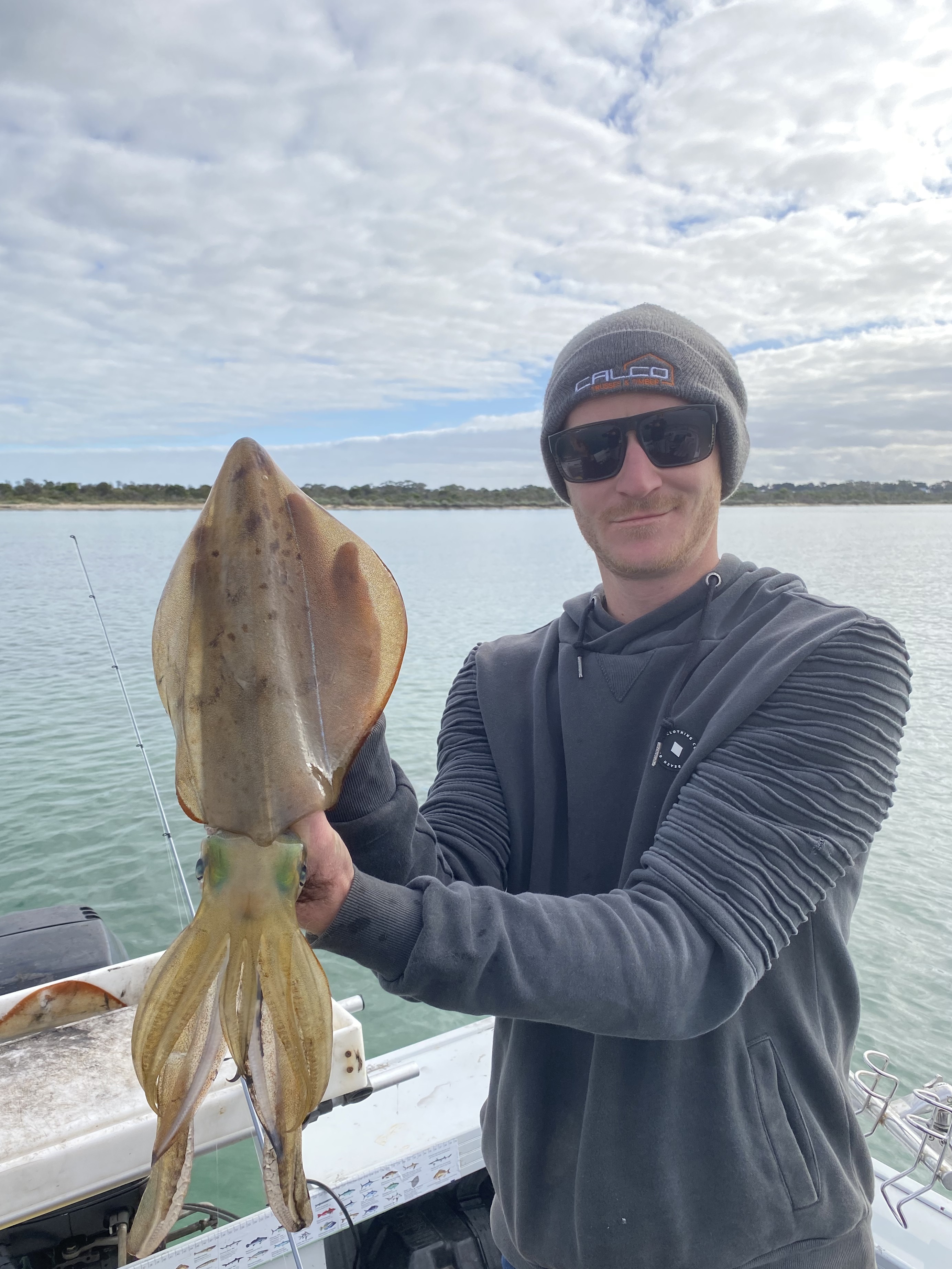 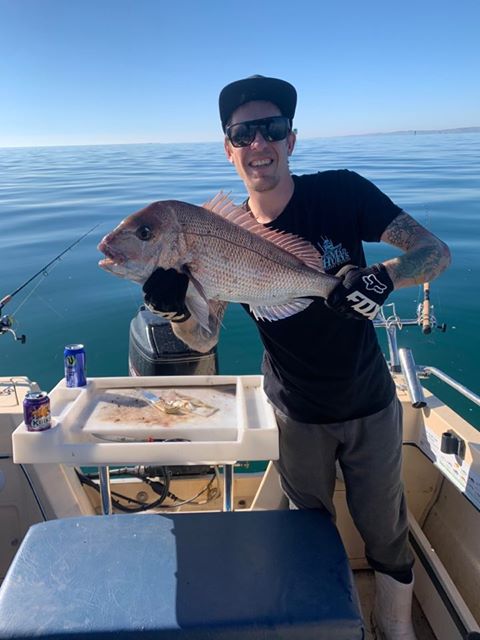 The offshore fishing this past week has been pretty good with a report of Dolphin Fish getting caught just off Barwon Heads! The Depth, Lures and exact location are unknown but it’s great to see these fish in our local waters. Other than that there is plenty of nice sized Snapper and Gummy Sharks on offer out there, dropping baits between 35- 50 metres of water is were majority of the fish are holding and if you can get some fresh Salmon or Squid on your hook then you’re in for a great chance.

Heading down the west coast towards Portland and the Tuna are chewing well, plenty of school fish holding between 60-80 metres of water are being more than willing to eat a large variety of lures with trolling skirted lures being a stand out. There has also been a fair share of Barrels being landed too out the front of cape Bridgewater in about 55 metres of water with 10” skirts working best. 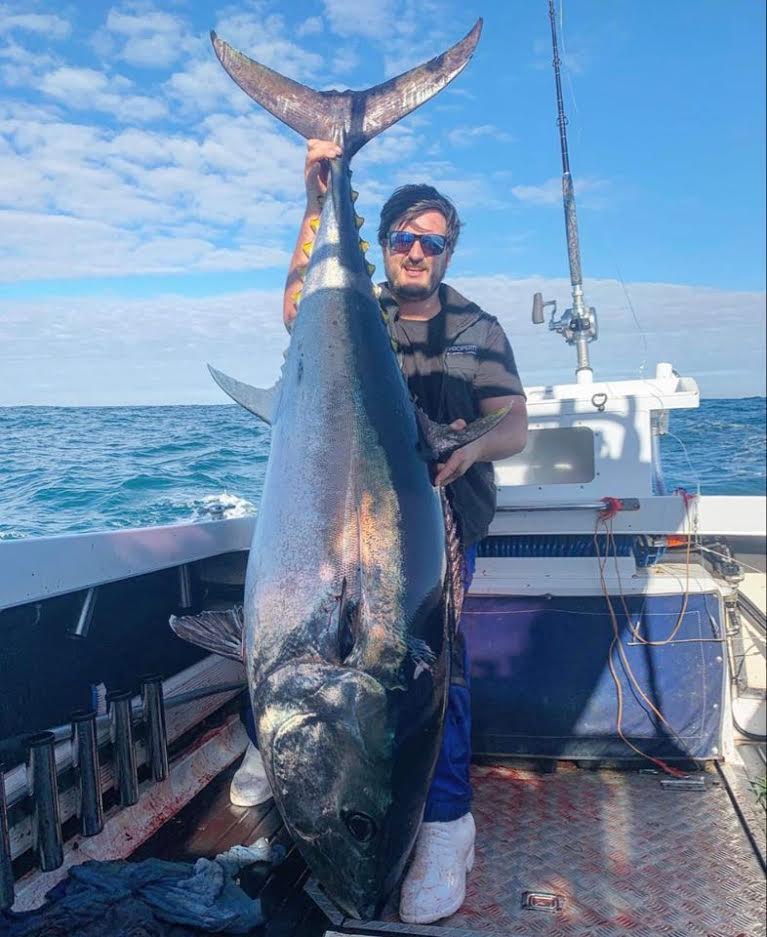 Metro Melbourne has been fishing very well for Bream over this past week with most systems holding some nice fish. Soft plastics and small hardody lures have been the preferred technique to chase them however they do struggle to resist an unweighted live scrubworm when the bite is tough. 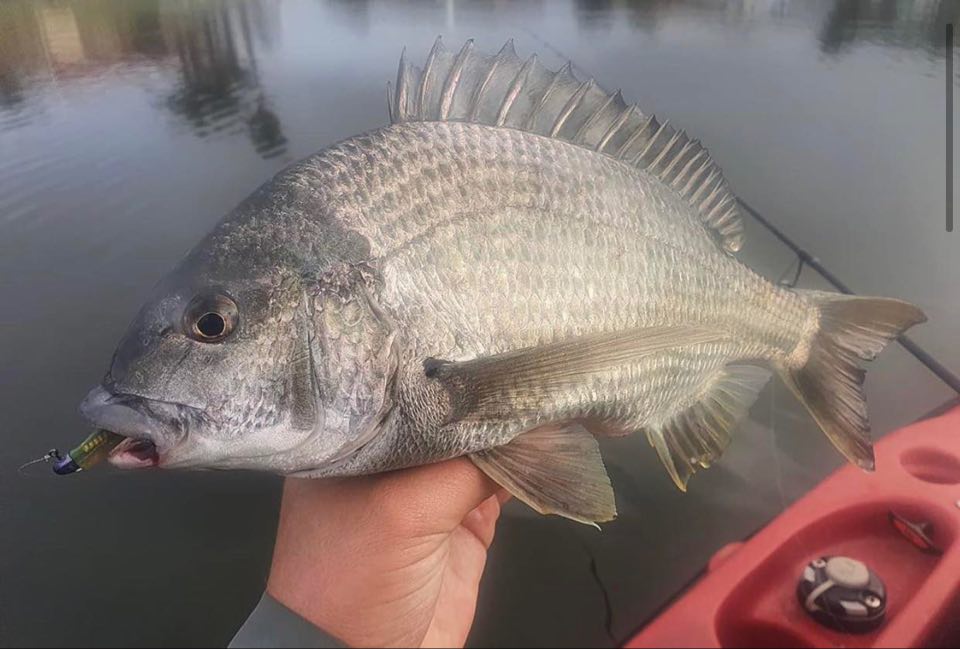 The river has been fishing pretty average lately due to the dirty water from all the recent rain. The level has been pretty steady however it’s been shut down by most reports.
There have been a few good yellowbelly being caught in the goulburn near Toolamba on scrub worms, but not much else. We did have a couple reports that there are a few Crays around, hopefully they stick around for the next couple months so we can get stuck into them during the open season.

Waranga Basin seems to be fishing ok with some nice Redfin being caught in the standard areas around Harrimans point and the boat club. Trolling is always a great start with the best method being to have a medium diving lure at the bottom and a soft plastic attached about half a metre up the line. For the bait fishos around the caravan park has been a good place to start and then moving around a bit to find the schools of fish. Worms and Small Yabbies are the best baits at the moment.
The Chanels around Waranga Basin and Rushworth have been pretty quiet however there have still been a handful of nice fish getting caught on worms and lures like your smaller spinnerbaits and Jackal TN60s
Luke Brooksy caught this nice Yellowbelly the other day in one of the Chanels near Waranga Basin. 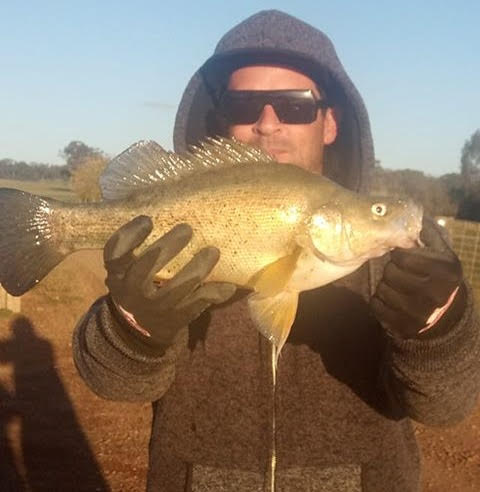 Lake Eildon saw a fair bit of traffic over the weekend and with it came plenty of great reports.
Redfin and Yellowbelly were found in good numbers around Bonnie Doon and the Delatite arm. The water in the Delatite was a little bit green with all the rain washing in some muck from around the edges.
Up around Bonnie Doon there were some nice trout caught trolling Rapala hardbodies around Hutchinsons Road and Some good redfin caught bobbing Yabbies and soft plastic grubs around the trees in about 6m of water.
Around Big River arm has probably been the stand-out area of the lake with Brown Trout getting caught up to 60cm. Tassie Devils in pink and orange have been the best colours. The main Target lately has been Murray Cod with heaps of nice fish caught between 80cm and 1.15m being the biggest we’ve heard. Casting big soft plastics and Jackall Gigantarels has resulted in most of the fish around the Big River section of the lake. Most fish seem to be getting picked up casting towards the rocky points and working your lures around the baitfish. Finding areas with a bit of life has been the key as most of the bigger cod will be feeding on redfin and roach.
Bob Hazler got onto this Slob while casting an 8” Magdraft over the weekend 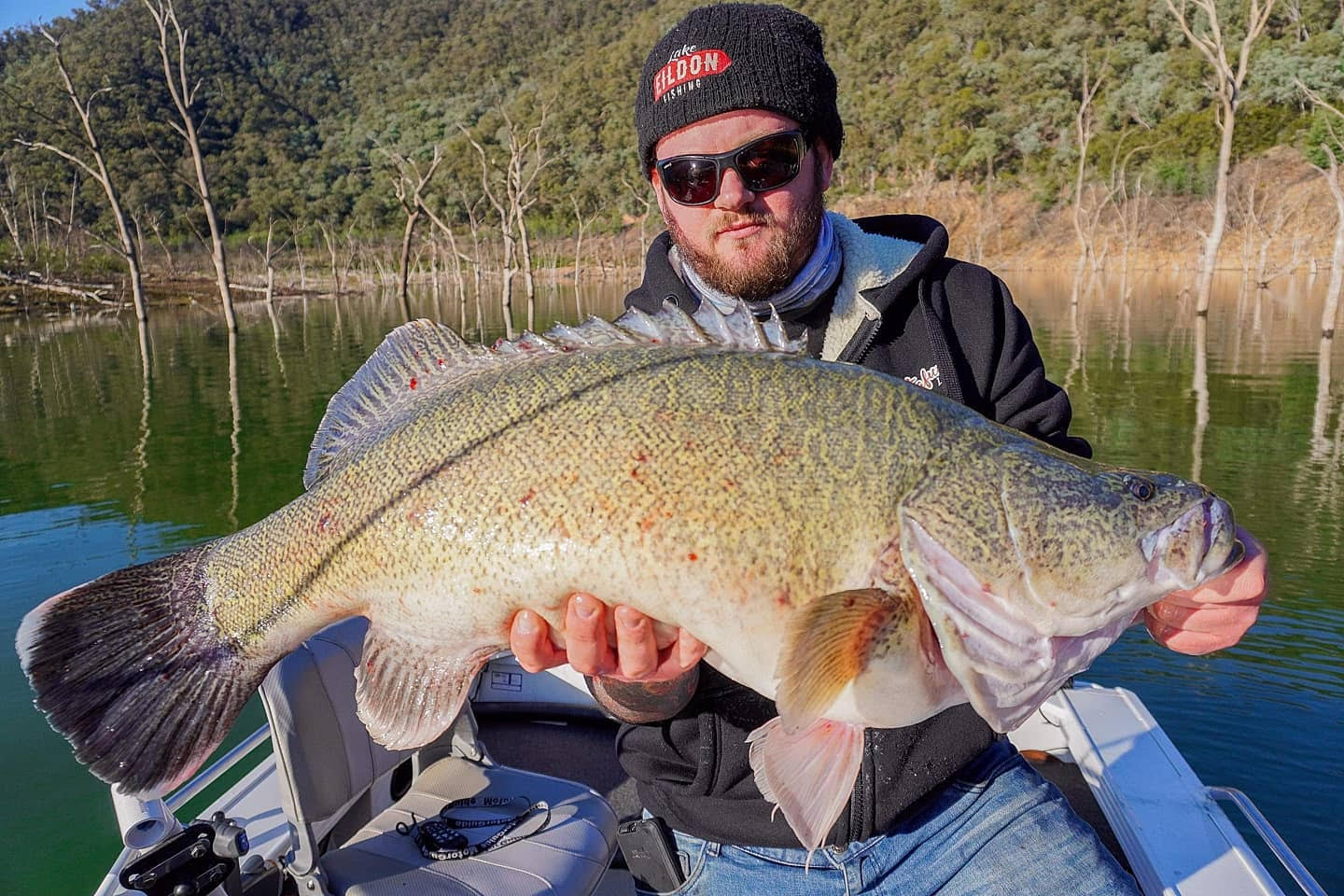 As with the rest of the Goulburn River system the Nagambie Lakes are quite dirty and the water temperatures have plummeted with the cold flush of water coming down from Eildon with the rain and flooding at the start of May. Justin and Karen from the Bendigo store headed over on the weekend to check out the situation and the fishing was tough but were lucky enough to land a small cod on a Jackall Gantia. Other anglers have reported the occasional cod and redfin being caught along with crayfish for those fishing with bait but the majority of anglers are heading home with nothing. 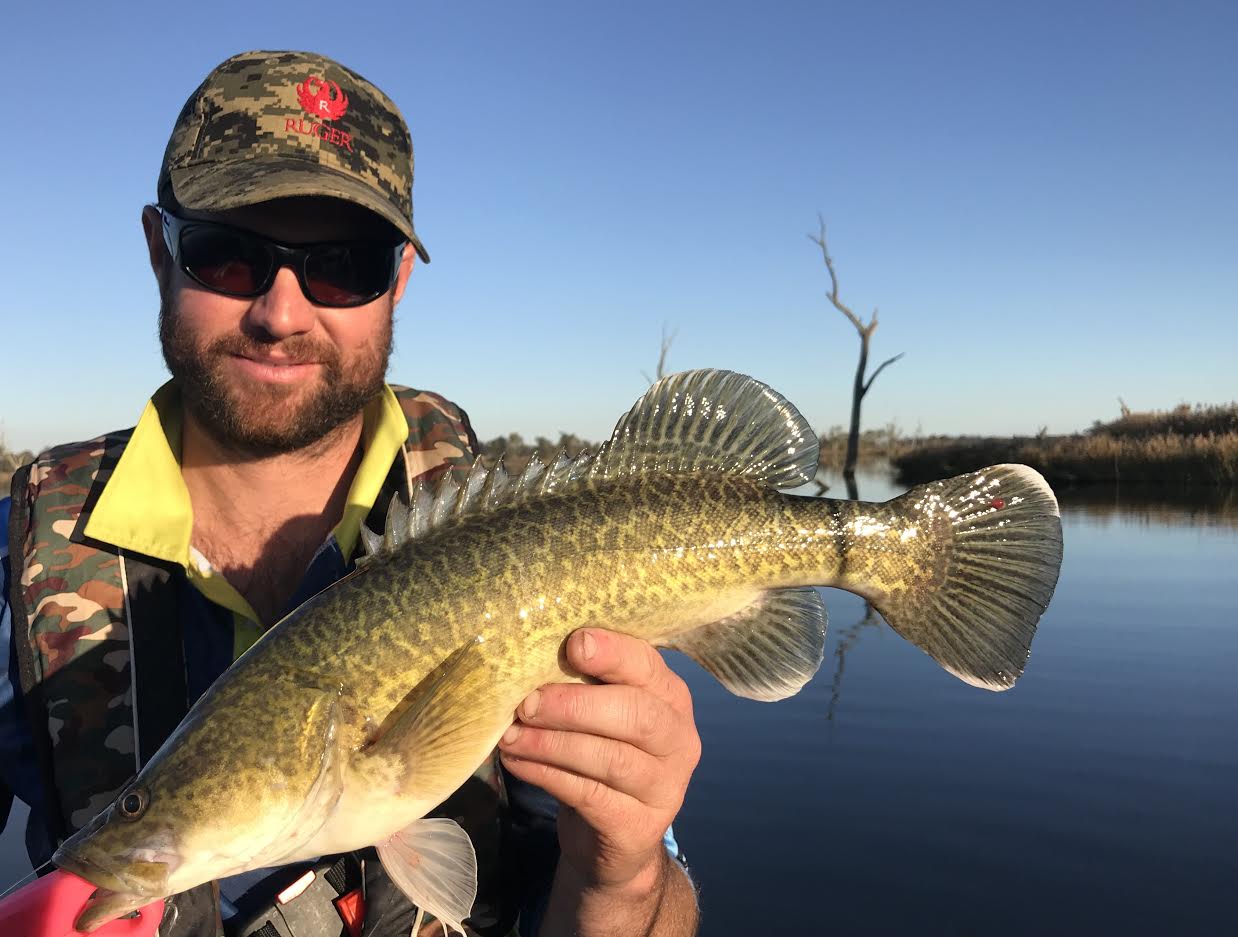 Lake Eppalock and the Campaspe River

Some great reports came through over the weekend of anglers having some great success chasing Redfin within the lake and catching a decent sized bag. Jigging soft plastics and mask vibes around points seem to be the most productive method with redfin to the 33cm mark caught. The larger fish were quite elusive however.

The Campaspe River has been quiet however with dirty water reported in much of the system and anglers struggling to even get a hit. With the dirty conditions think about your lure choice with mumblers, wide actioned hardbodies and noisy surface lures in bright colours to be proven time and time again in these conditions.


Cairn Curran and the Loddon River

Reports out of Cairn Curran have been particularly quiet but a few anglers have had some luck further downstream of the lake towards Bridgewater. Bryce from the Bendigo store headed out with his mate Joel Petzke on Monday afternoon walking the banks. Both were able to land a legal cod during their session with both fish caught on darker coloured hardbodies. Catches like these have been few and far between in the system however with many anglers not even getting a bump on their initial outing post lockdown. 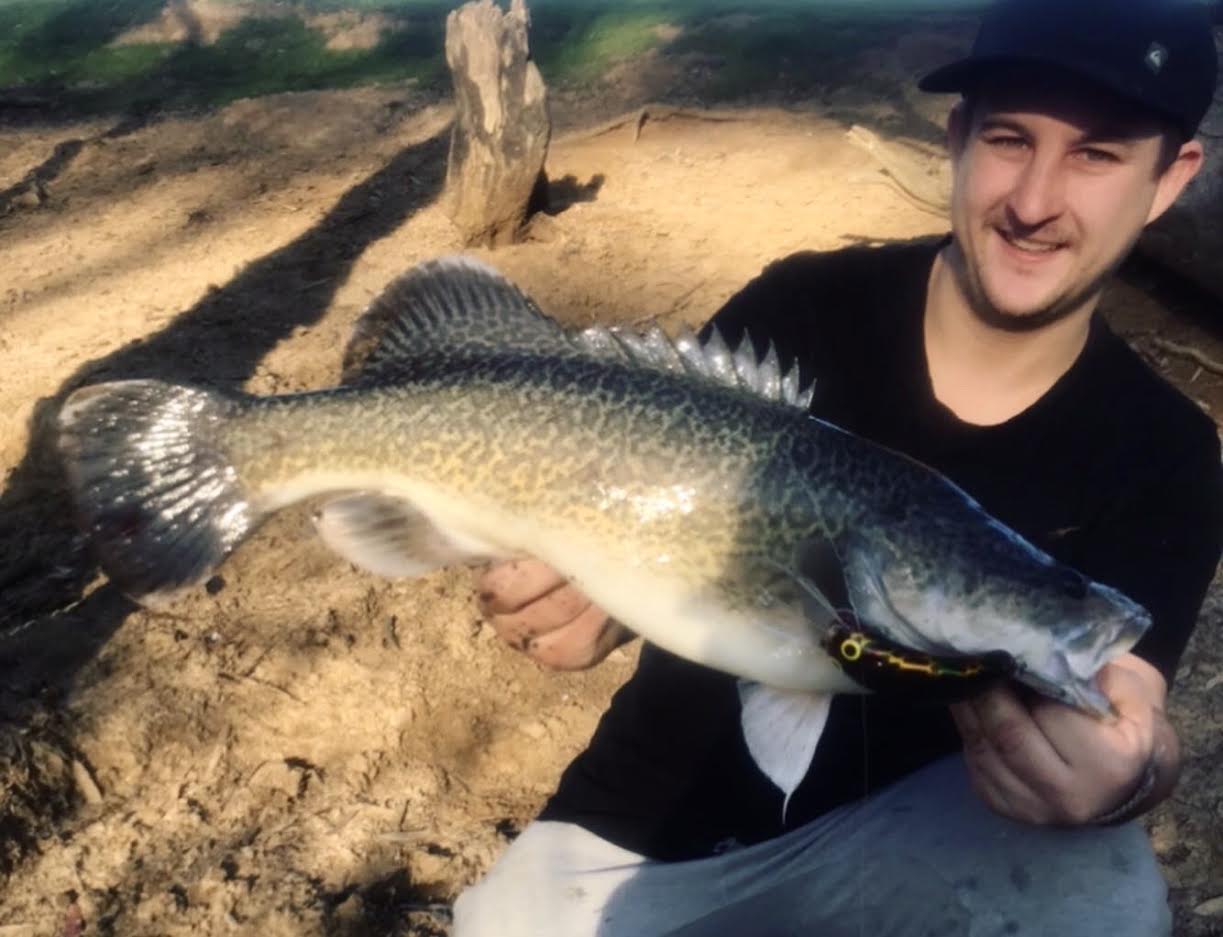 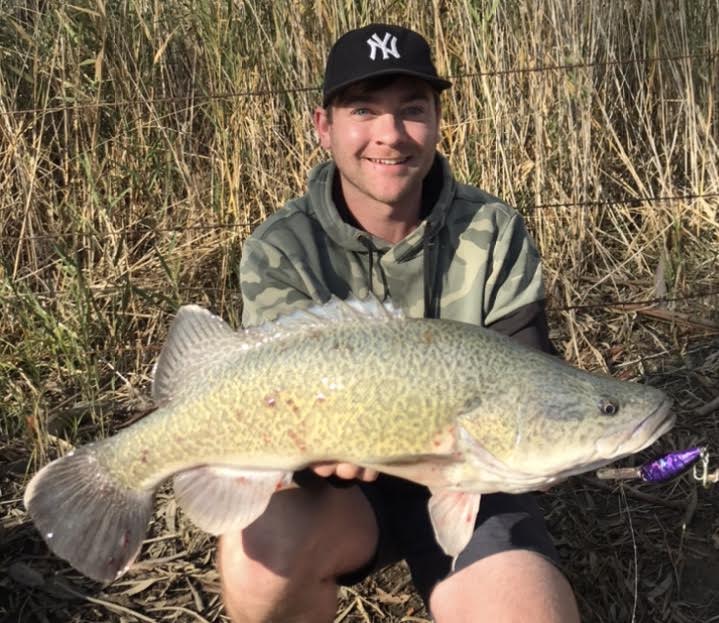