It’s been quite a crazy week to say the least however there are still plenty of Fisherman that have been ‘self-isolating’  and catching some nice fish. Werribee South continues to fish very well for King George Whiting lately, although the fish aren’t getting to a massive size they sure are making up for it in numbers. In a bit closer to shore that has also been plenty of Calamari lurking around with White jigs proving a standout.

Clifton Springs has still been producing plenty of nice Calamari at the moment just over the grass beds and you don’t need to travel far as lots of the fish are just off the boat ramp in 3 metres of water with Natural colour jigs working best. The Squid are also being caught all over the peninsula even right through to Queenscliff. Not only has Queenscliff been producing some good Squid fishing but the Whiting down there at the moment has been fantastic with boats catching a bag of fish no worries! The fish have been averaging between 35 – 45cm and as mentioned bag limit captures being very achievable, Fishing a tide change with fresh baits such as Pipis or Calamari is ideal.

The Rip has continued to produce some nice Kingfish over the past week with fishing to around 80cm in good numbers, high speed knife jigs are still being the best tactic with jigs weighing between 150 – 300grams working best. The offshore Tuna are still around and seem to be in great numbers too! From Barwon Heads through to Torquay seems to be where most of them are hanging and 50 metres is the ideal depth at the moment. The Bassday Bungy Cast has been the hot lure as matches the small baitfish just perfectly however small skirted lures are working very well too, the fish have been averaging between 10 and 25kg. Gummy Sharks continue to bite well offshore just outside Barwon Heads, fishing with fresh baits like Calamari and Salmon have been a standout.

The Maribyrnong River is still fishing reasonably well for Black Bream and Perch at the moment, casting small hardbody lures and soft plastics are landing majority of the fish. With Bream reaching up to 40cm and in great numbers it makes a great option if you’re trying to escape the average conditions. 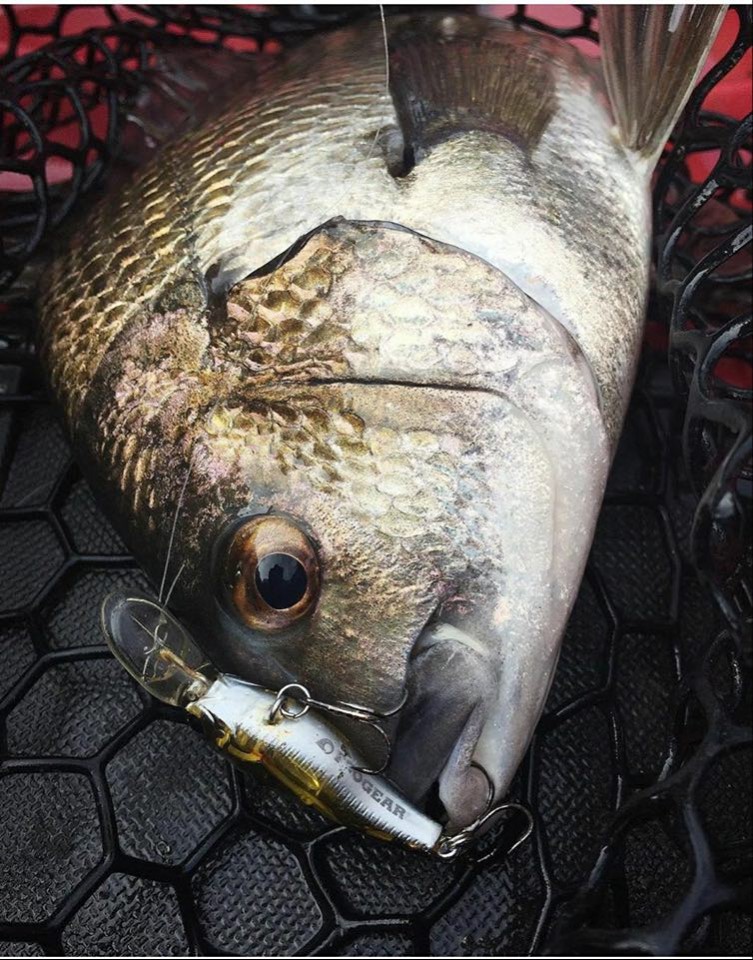 Over the past weeks Lake Purrumbete has really started to heat up with the fishing with both Brown Trout  to 6lb and Redfin chewing well. Trout have been responding well to hardbody lures either getting trolled or cast along the edge of the weed beds, in particular along the east bank. The Redfin have been holding out in a little bit deeper with 12 metres of water a great depth to find them. Just be sure to use your sounder to locate the schools of fish and drop 3 - 4 inch soft plastics right on there heads.