Over the past week the fishing in Port Phillip Bay has really heated up, The Snapper have come on the chew between Werribee and Williamstown with some massive fish getting boated and looks like they are in good numbers too! Bait Fishing has been working best with plenty of burley, just be sure to use your sounder to sound up those schools of fish. George and Georgia got stuck into the hot bite landing multiple Snapper to 8kg and some massive Flathead out from Werribee. If your just land based then St Helens rocks is a great option at the moment, as mentioned in previous weeks there has been mainly smaller Pinkies getting around however this week most of the reports are of bit better quality fish between 29cm and 37cm. Australian Salmon have come into the bay recently and are in very close to shore terrorizing baitfish and both accessible of land and boat, however being in a boat is handy as it’s easy to chase the moving schools. The schools have been very easy to spot on the surface as they are turning the water to foam in a feeding frenzy. 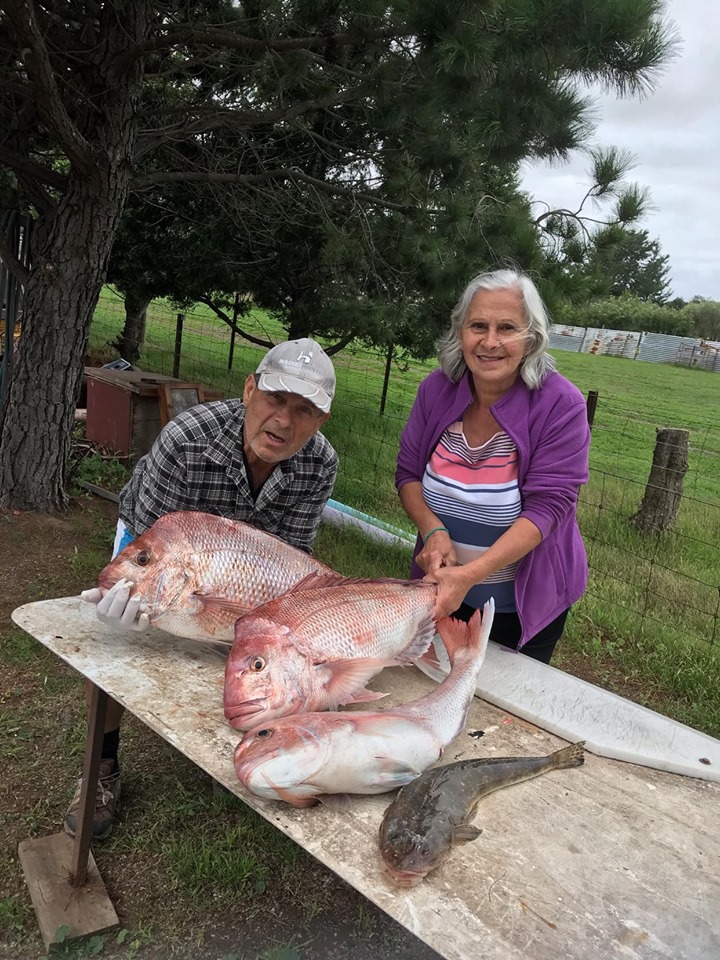 The Rip and Offshore has still got some great Kingfish and Tuna in at the moment, The Rip has been holding great numbers of Kingfish with fish exceeding 90cm in length. Jigging has been the most popular and effective method with jigs weighing between 150 and 250 grams working best but some fresh or live Calamari is very good as well. The local Tuna have seemed to be pushing a bit deeper to the 70 metre mark and although we aren’t seeing heaps of report there are still plenty of fish out there, the average size has also seemed to increase with fishing getting caught to 40kg.

The Metro Melbourne Bream continue to bite well throughout all the systems with fish reaching over 40cm and with the recent rain could see a Mulloway pop up. Casting hardbody lures along the edges has proved deadly with Ecogear SX40s being a standout however soft plastics will work also. Luka from Trellys Laverton with a nice Bream from the Maribyrnong River. 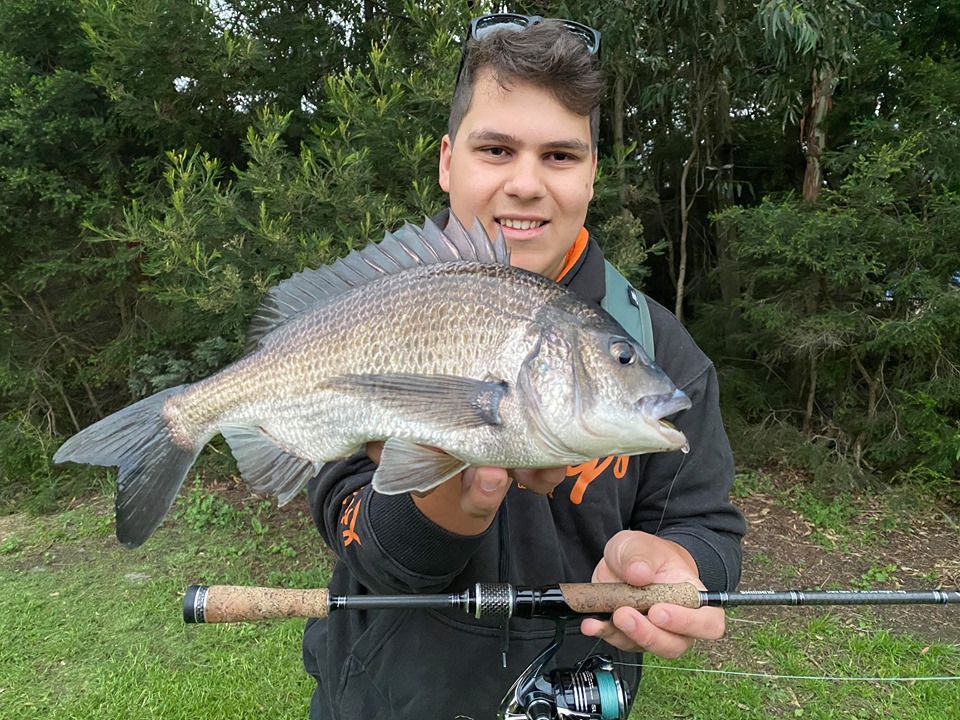 With the average weather over the past week has made the Otways a great fishing option to escape the blowy conditions. Just about every system will be holding Bream towards the front of the systems and Brown Trout Higher up, Chris from Trellys made the drive down on Monday landing himself Brown Trout on hard bodies and Bream to 35cm on Scrubworms. 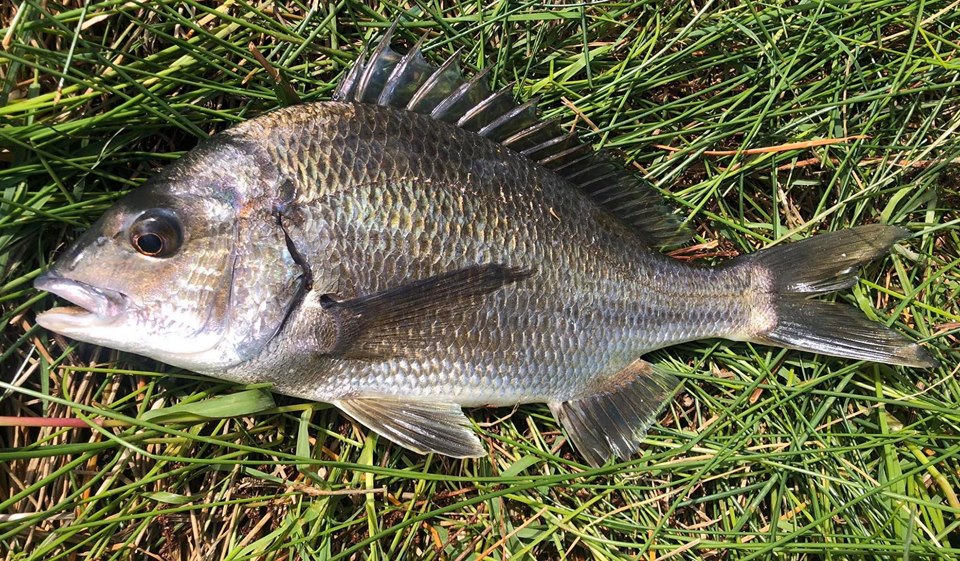 The Goulburn around Seymour to Nagambie is fishing ok, Redfin, Trout and some smaller Cod around Seymour, Worms and Shrimp the best bait and Celta’s, Tassie Devils for the Trout and Redfin and Spinnerbaits for the Cod. Further down towards Nagambie and Trolling Hardbodies seems to be the best method, Cod and Yellowbelly on Old Mate’s, Codgers, and Size 1 Stumpjumpers, Bright Greens and Pinks are working the best. Some nice Cod on Cheese and Chicken around the boardwalk in Nagambie Lake. Closer to Kirwans Bridge and Trolling Hardbodies the way to go for Cod up to 90cm.Below the Weir looks really good again this week, plenty of small Cod on baits such as Cheese, Chicken, Shrimp, Worms the best baits, there are some good sized fish around, you just have to work hard for them. I did get a report of some Yellowbelly between 45 to 47cm on casting White Go Fish Nagambie coloured Old Mate’s down Duggens Road at Murchison East, bigger the bait, bigger the fish we have been told?
Arcadia to Shepparton is much the same, plenty of smaller fish on bait, but you have to work hard for them. Best baits are Shrimp, Cheese, and Chicken. 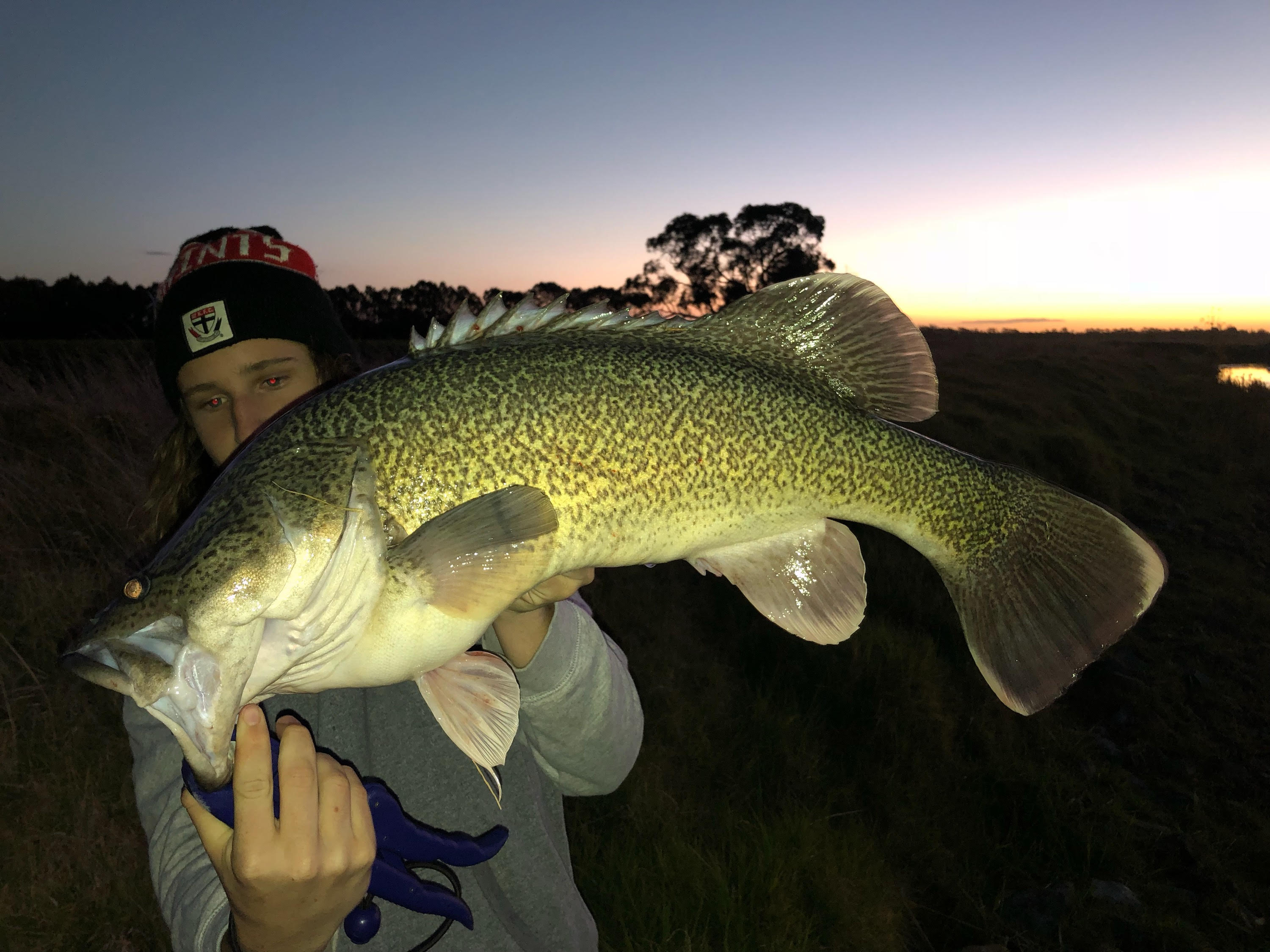 The wind has given us a chance to fish Waranga Basin this week, unfortunately the fishing is really hard out there, the water is a weird milky colour and the schools are really hard to find, shop regular and Basin Guru Don worked really hard for 3 fish with the biggest only going 35cm trolling a green coloured 55mm Codger.
The channels in the same area are about the same, small bite windows just before dark, so moving from spot to spot isn’t an option, make a plan, and just hope it fires for you. Worms and small Yabbies to way to go for Redfin and Yellowbelly.
The Main Eastern Channel is still the standout, good sized Cod on Bassman and Pirate Spinnerbaits mainly from Kialla Central area to Wharing area, try a few spots as you go and you should get some good numbers of Cod and Yellowbelly.

The Murray and Lake Mulwala has been hard work, we haven't had too many reports this week, but I did get some good info on the Echuca area, Trolling Size 1 Stumpjumpers and Codger Lures has been resulting in some really big Cod, plenty in the size bracket with the occasional XL model as well. Turrumbarry area might be worth a shot, and  the weather looks great as well.