“The Rip” this weekend was by far the week’s hotspot and on the weekend saw literally hundreds of boats jigging in hope for Kingfish. Jigging knife jigs weighing between 150 and 250 grams are ideal however live baits are also lethal on Kingfish too. Gone Fishing Charters went out both days on the weekend with customers having a ball landing numerous kingfish whilst jigging and Luka from Trellys Laverton also made the most of the hot bite landing himself some solid Kingfish too. There was also Bluefin Tuna in the Rip breaking the surface chasing baitfish but were tricky to tempt due to the boat traffic, however it’s a great sign. 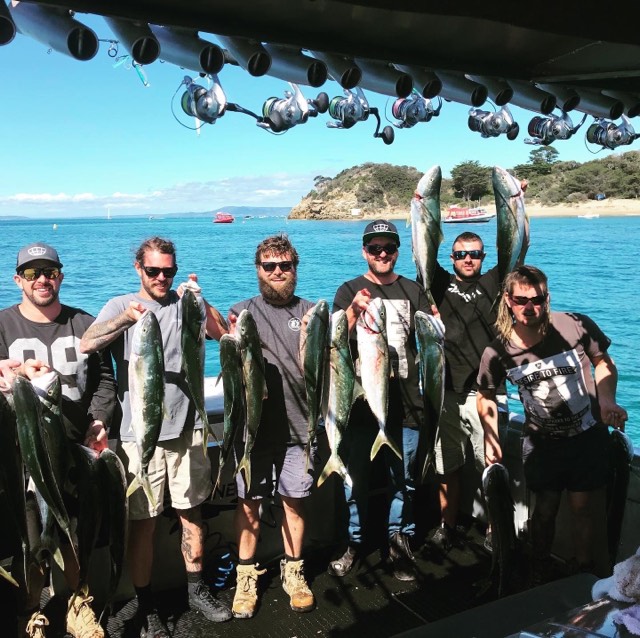 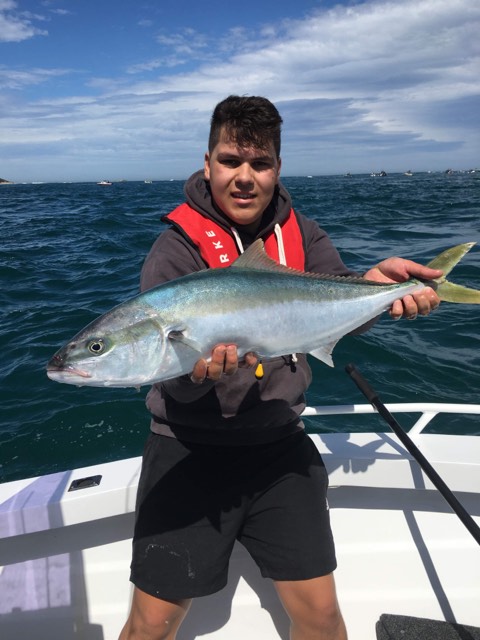 Offshore Barwon heads still has plenty of Bluefin Tuna on the chew holding in 55 metres of water, trolling small skirted lures and divers are ideal especially if the fish are holding a bit deeper if the boat traffic forces them down. The Tuna have also been sighted on the surface which gives a great opportunity to approach them with a stealth approach and cast lures at them.

King George Whiting are continuing to bite well right along the peninsula with Queenscliff and St Leonards being the hotspots, in particular the front of Swan Bay. Fish have been reaching 40cm and bag limit captures have been very achievable makes a great option if the weather isn’t looking great. The Calamari have also been biting well in the same areas with Clifton Springs holding some very solid specimens, drifting in 3 metres of water between the boat ramp and Hermsley Rd with bright green jigs proving very effective.

A few good land based options this week has been St Helens rocks and St Leonards Pier. St Helens has been fishing quite well for Pinkie Snapper and Flathead, although a majority of the Pinkies are undersized if you fight your way through them there are some better quality fish mixed amongst them. St Leonards pier has also been producing plenty of land based action for Calamari, fishing of an evening has been best with size 3 jigs working best.

On the weekend Bemm River hosted the Hobie Rd 1 Kayak comp were Dylan from Trellys Laverton competed and finished 6th out of 116 other competitors. Dylan landed Bream to 45 cm and Flathead to 80cm over the weekend with OSP Bent Minnows, Ecogear MW62 and Rapala Shadow Raps being his stand out lures. 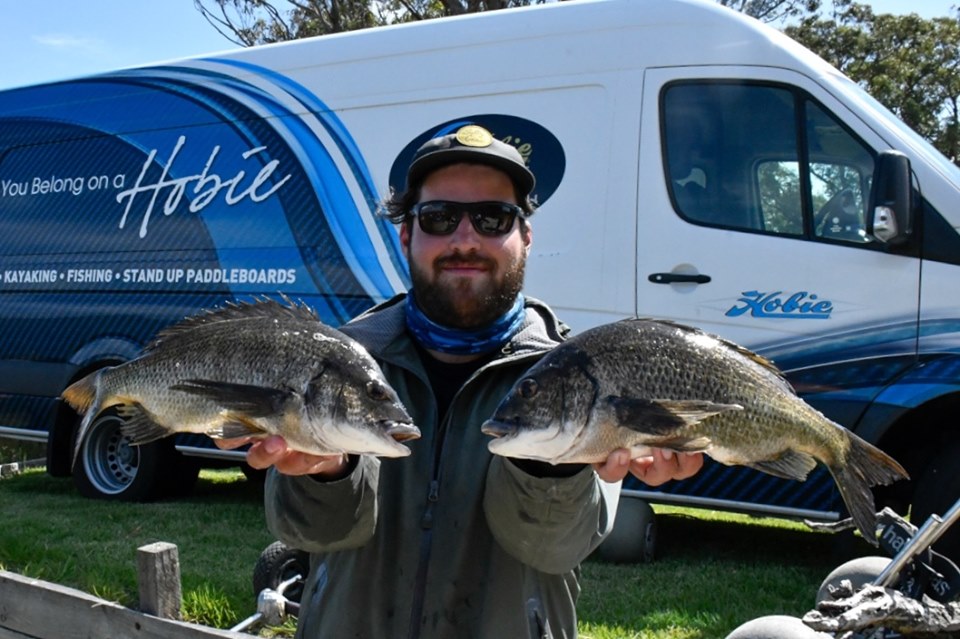 The River looks really good again after the last flow, above and below the Weir. Nagambie area is still the place to be, Good numbers of Cod to 81cm surface fishing with Pompadours near Chinamans Bridge to the Jayco Caravan Park, and Trolling Old Mate Divers towards Kirwans Bridge working well also. Some Cod and Yellowbelly around the boardwalk in the Township of Nagambie on Worms, Shrimp and Size 2 Stumpjumpers. The River around Murchison is looking awesome, back towards the Weir is fishing great, with big Cod over the magic metre a real possibility. Bait fishing with Chicken, Cheese, Bardi Grubs and Scrubworms the standout, but Jackall Gantarels working well just before dark. This area has been opened up for Go Fish Nagambie this year, so the Kayak Fisho’s might have the advantage???
The River from Shepparton to Undera has been good, plenty of Undesize Cod and some nice sized Yellowbelly on Shrimp and Worms, you will have to spend the time to get a feed, but plenty of action either way.
The Goulburn River probably has the more consistant fishing in the region at the moment, so worth spending some quality time over the long weekend.

We have had some good reports again from The Main Eastern Channel, small profile Spinnerbaits the standout for good numbers of Yellowbelly to 45cm and Cod of all sizes, 40cm to 80cm. Kialla area to Pine Lodge the standout.
Irrigation channels around Waranga Basin have started to fish ok, a few Redfin around 35 to 40cm on Worms and small Yabbies, or Hogback Style Spinners and Yellowbelly to 58cm on Jacakll T/N60’s, ZX40’s and RMG Poltergiest 50’s. The Main Western Channel near Middle Road a good place to start for Yellowbelly and the number 6, 7 and 8 towards Tatura/Byrneside fishing well for Redfin.

Shop Rat Liam Hillas had a good trip to Bearii during the week, reporting the River had settled and looked great, catching Cod on Both Surface and Spinnerbaits, he had multiple bigger Cod around 80cm follow his lures, but just not interested in taking them, very frustrating.
Bait Fishing is still your best chance of a big Cod, Chicken, Cheese, big Yabbies and Bardi Grubs off the bank anywhere from Echuca to Yarrawonga is working well.