The local run of Bluefin Tuna is still going offshore anywhere between Cape Schanck through to Torquay with Barwon Heads still remaining the hotspot. Trolling deeper diving lures has been a popular method as the fish have been pushed a bit deeper in the water column due to the boat traffic however they have been popping up on the surface too. 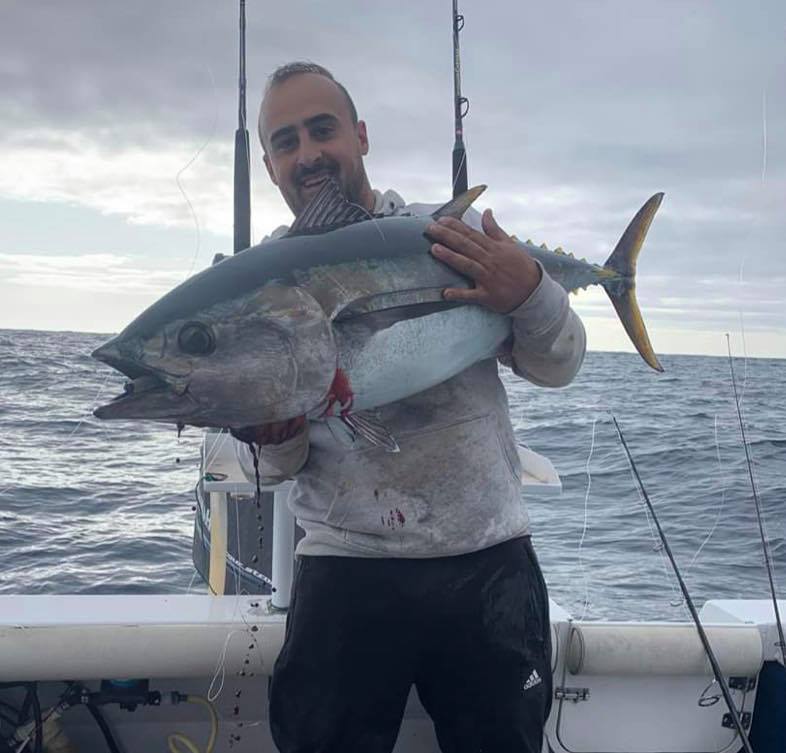 Zac, Josh and Andrew Whitford got out Saturday morning in search of some local Tuna action and were not disappointed, the boys noticed the Tuna were only feeding on very small bait fish and making the change to some smaller skirts worked a treat getting stuck into multiple fish. 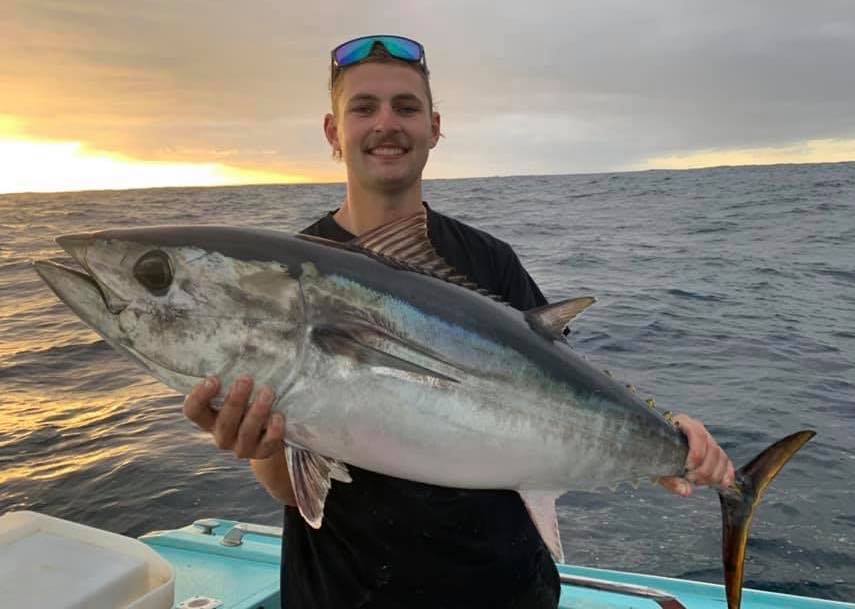 Yellowtail Kingfish reports are still rolling through with good reports off Torquay and also in the ‘RIP’, Jigging smaller Knife jigs offshore and slightly bigger jigs for the ‘RIP’. Live baiting and casting lures are also accounting for plenty of Kings too. Gummy Sharks and Snapper have been biting well offshore just off the reefs in 30 metres of water, dropping baits such as fresh Salmon and Calamari are ideal with Snapper to 4kg and Gummies to 20kg.

Coming back inside Port Phillip Bay and there has been plenty of good fishing options if the weather isn’t letting you get offshore. Big Gummy Sharks have been chewing well in the southern part of Port Phillip with the South Channel holding some huge fish. Calamari and Whiting are still biting well right around the Bellarine Peninsula with St Leonards holding the bigger numbers and better quality fish. Werribee South is still holding lots of Whiting too, one thing these spots have in common is that fishing the tide change is the biggest key to success. Australian Salmon are currently holding in massive numbers all over the Inner and Outer Harbour and can be easily spotted as they are busting on the surface most of the time, once found casting small 3inch minnow style soft plastics will result in a fish nearly every cast.

The Melbourne Metro Bream fishing at the moment has been on fire with both the Yarra and the Maribyrnong River all holding some great fish. Luka Lončarić from Trellys Laverton has been fishing the system quite a bit lately and has been landing some cracking fish to 38cm all on Ecogear SX40F hard bodies. Other lures such as Cranka Crabs and small soft plastics should work well too and you’re with every chance of a Mulloway fishing these systems.

Nagambie is still fishing excellent and with Gofish Nagambie not too far away it’s looking like it’s going to be a promising year for it. The water level has been staying consistent which is helping the fishing in the area. Bendigo Pro staff Justin and Karen put in a quick session before the Gofish Nagambie launch and landed three nice cod to 81cm on Pompadours and the Copeton magic Gantia. They were fishing in the river near the Jayco caravan park. 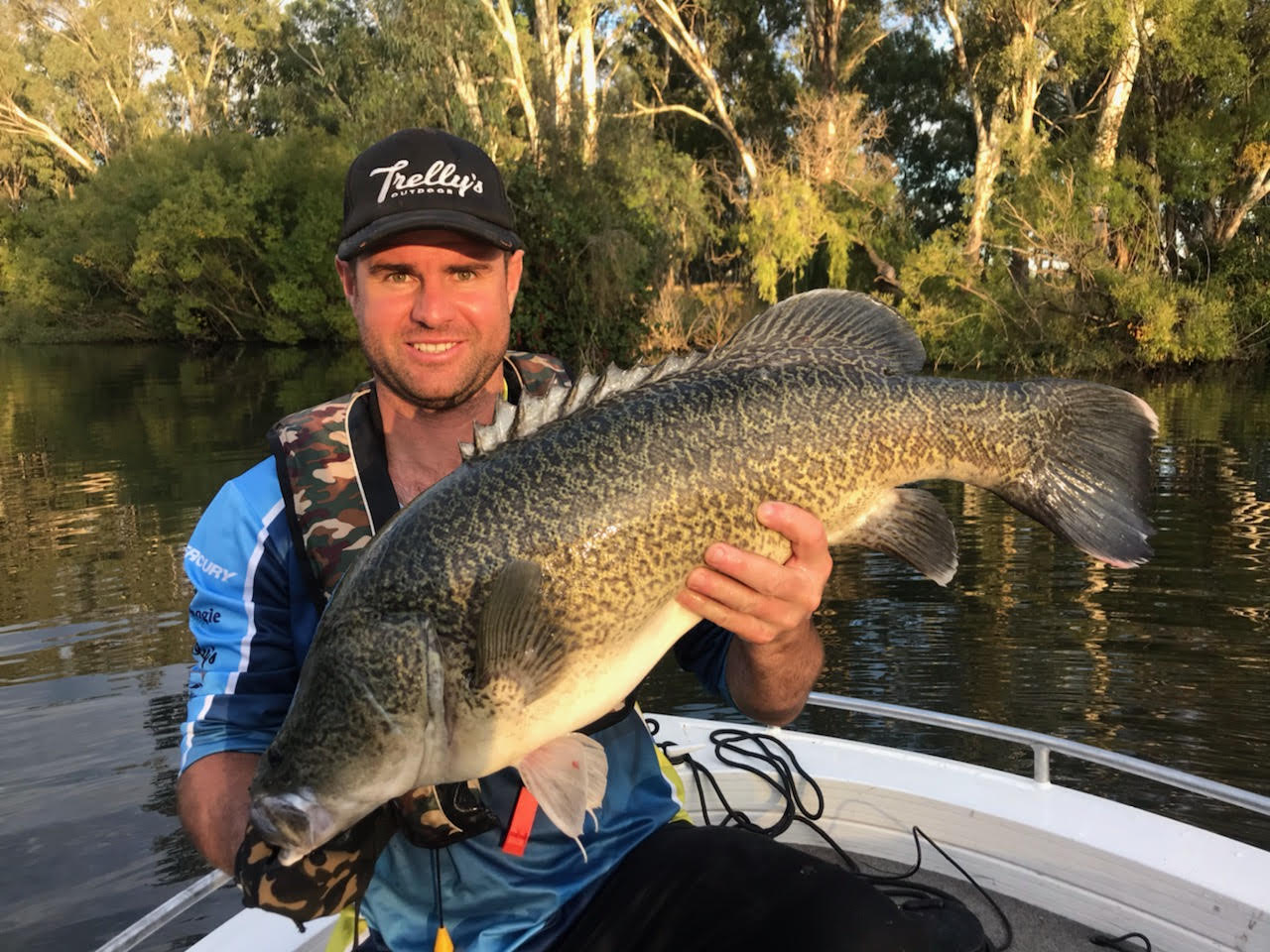 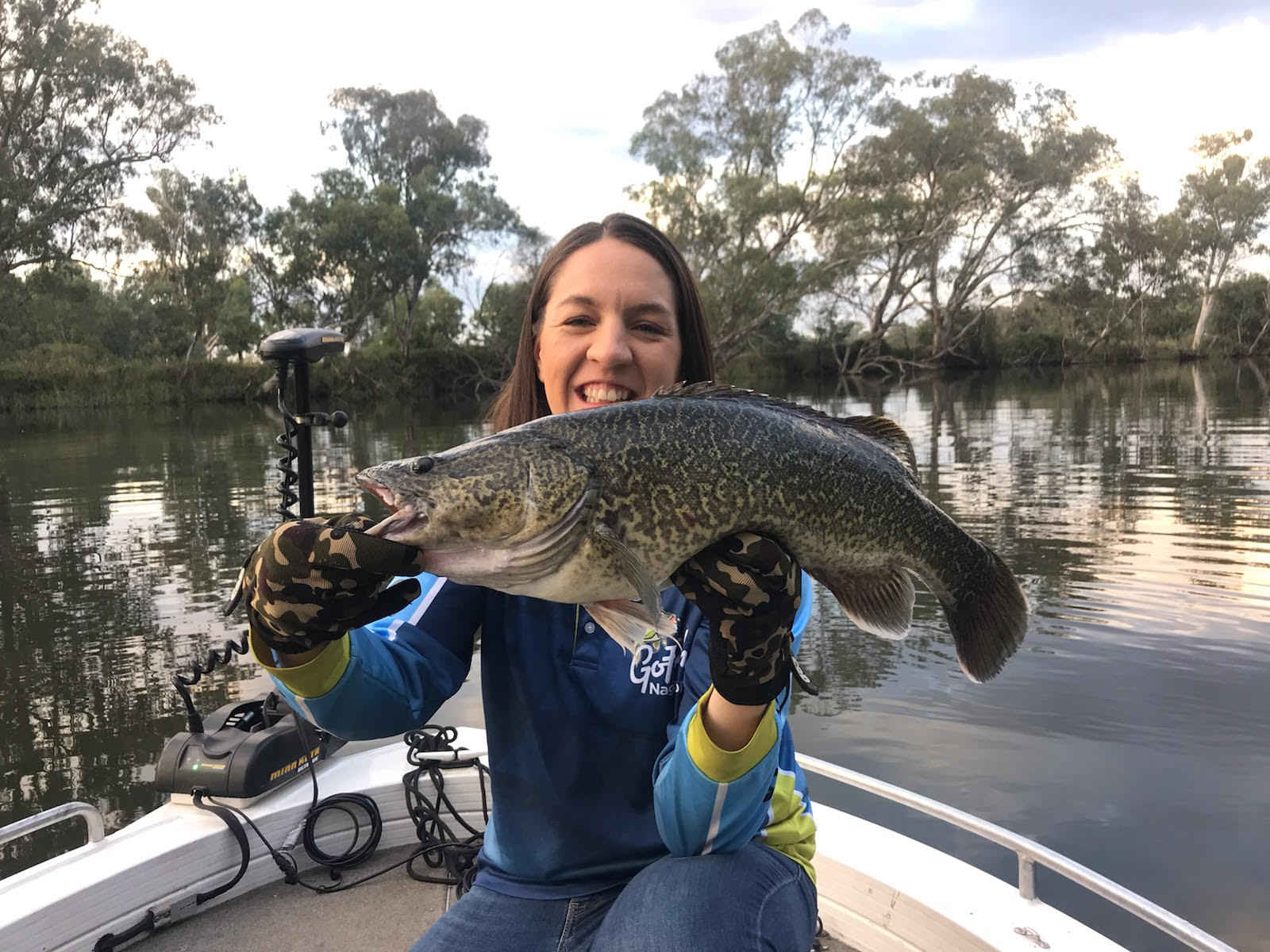 Closer to Shepparton the river has dropped below Goulburn weir a bit but fishing is still pretty good. Near Arcadia we’ve had reports of some nice Yellowbelly to 50cm caught bobbing Worms and Yabbies. Plenty of small Cod and Trout Cod are also getting caught on cheese and chicken bites. Around the Boulevard in Shepparton we’re hearing pretty consistent reports of Cod to 70cm with Cheese and Trellys Special Chicken being the most consistent bait.

The Main Eastern Channel is still fishing really well. Plenty of good size Cod from Wahring to Invergordan, use Google Maps to locate Drop Bars and Bridges,Trees eg to find some sort of structure the Cod might be hanging around, Bassman Spinnerbaits, Yellaman Series are working well, and Cheese, Chicken and Big Yabbies going good also. Closer to Wahring has been fishing well for Redfin and Yellowbelly on Size 3 Stumpjumpers and RMG Poltergeist 50’s.
Other Channels fishing well are the Stuart Murray and Catternach which feed Waranga Basin, Troy Dawson getting a healthy 73cm Cod on a Jackall T/N70 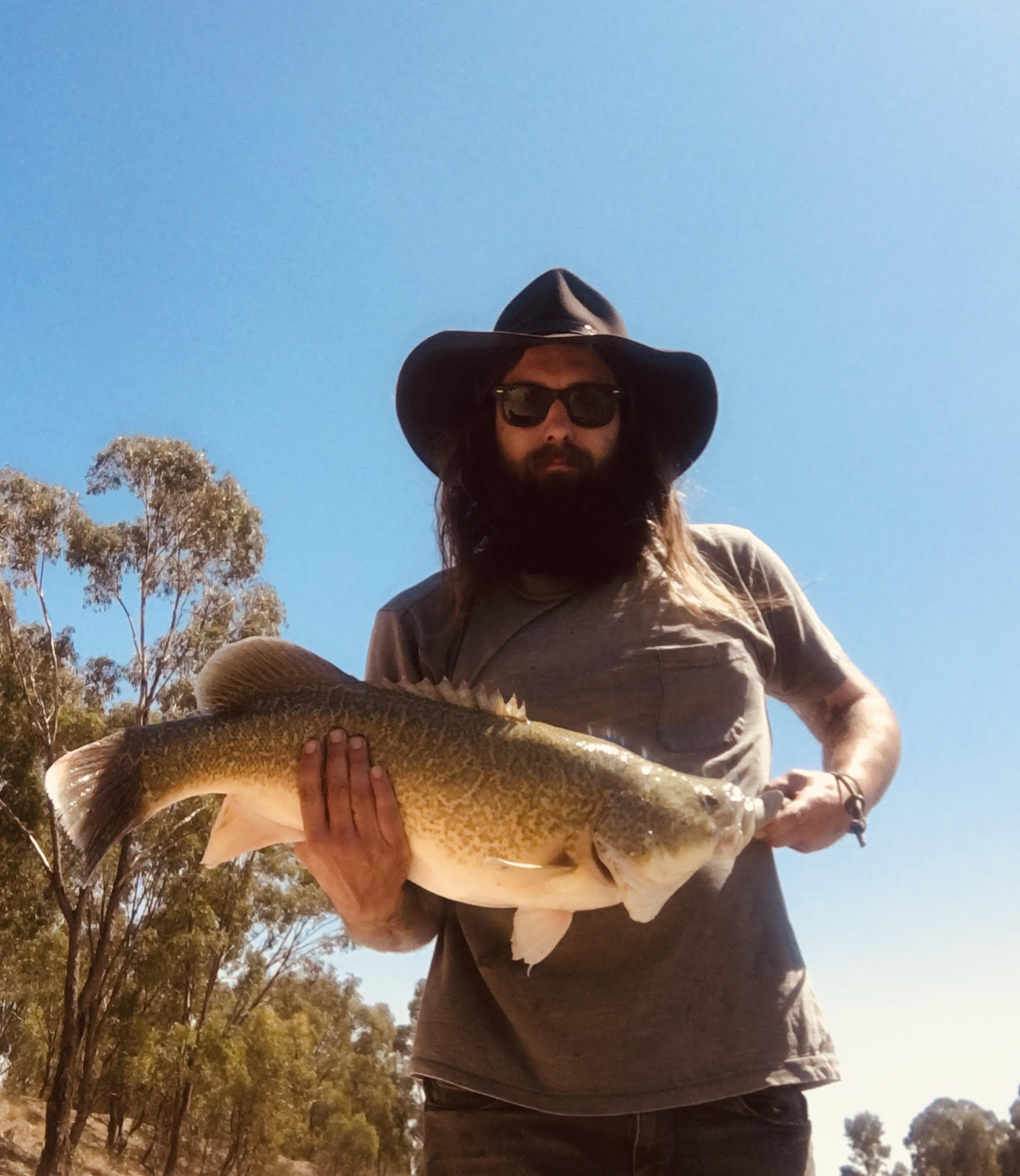 Waranga Basin has been good when the wind has died down but we’re still not seeing great numbers of Redfin. Most Redfin that have been caught have been a good size but it’s been a bit hard to find a good school of them. Some small Yellowbelly have also been getting caught while trolling near Harrimans point and the boat club with 55mm codgers and size 2 stumpjumpers.

Eildon has been a bit slow but should start picking up soon and it won’t be long until we start seeing good numbers of trout getting caught out of the lake. At the moment The Yellowbelly are still going well with plenty getting caught while trolling around Big river arm and Delatite arm with 3mt RMG Poltergeists and size 2 Stumpjumpers. Bobbing yabbies and worms around the trees has also worked well on Redfin and smaller Yellowbelly. In the Delatite arm and around Jerusalem creek and the main arm there have been some nice cod caught trolling Size 1 Stumpjumpers and casting big spinnerbaits towards rocky points.
Share Share on Facebook Tweet Tweet on Twitter Pin it Pin on Pinterest
Trellys Victorian Fishing Report
Loading