Offshore this week has definitely had a lot less traffic than the previous weeks however there is still plenty of pelagics out there to be caught. The Tuna are still getting caught right along the coast, in particular Anglesea through to Lorne. Trolling lures have been the most popular and the most effective way as of late with little 4inch skirts and Halco Laser Pro’s being the standout lures, although at times the fish aren’t always super fussy. Kingfish reports have started to become a bit more consistent with the average fish holding around that 70cm mark with plenty of much larger models amongst them. Chris Pitman from Trellys Fishing World fished alongside Campbell and James Potts during the week getting stuck into the local action landing both Tuna and Kingfish, Berkley 7” Jerkshads were the standout lure. 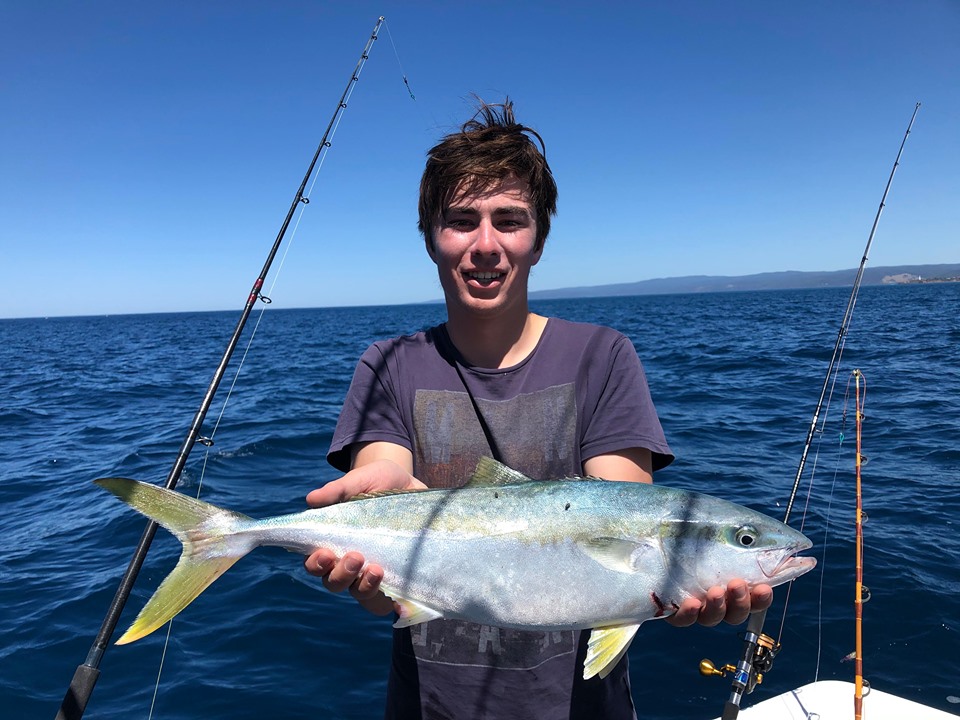 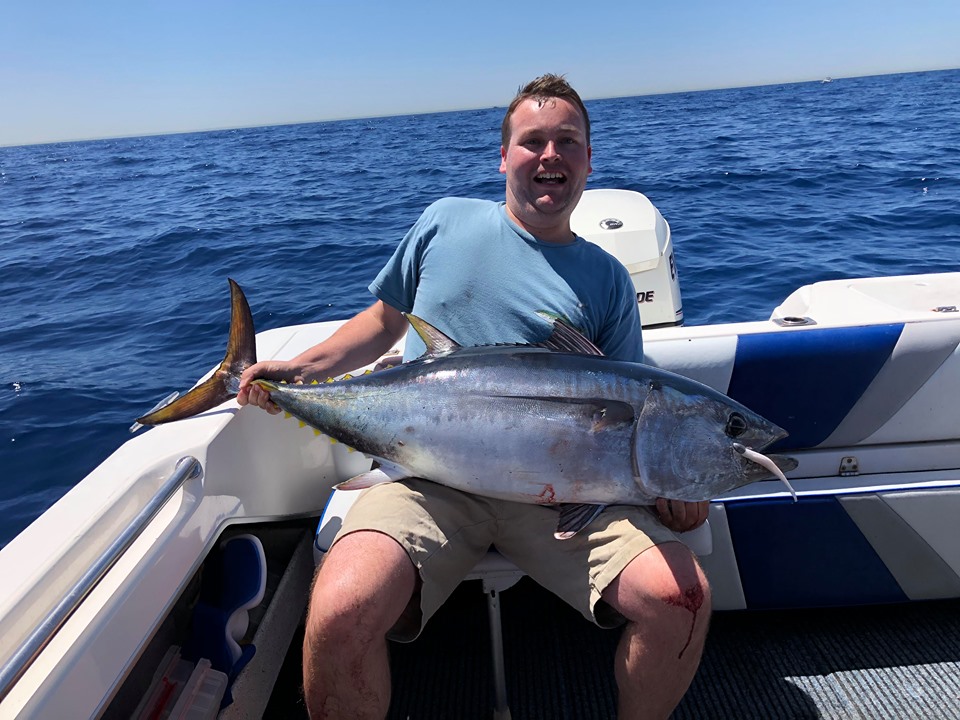 Snapper are still continuing to bite well all over the bay with the average fish being around that 1kg mark but there is still plenty of bigger fish hanging around with some ripper Flathead too. Casting Soft Plastics has been very effective but you will also catch these fish on bait. Coming around to Clifton Springs and the Whiting fishing has proven to be quite challenging, but the anglers that are sticking it out are still coming home with a great feed of fish. From Curlewis through to Portarlington between 4 and 6 metres of water has been the standout areas to fish. Fishing on a tide change with Pippis and Tenderised Squid have been the best baits and if you can line this up with sunset that will put you in with the best chance for a bag. 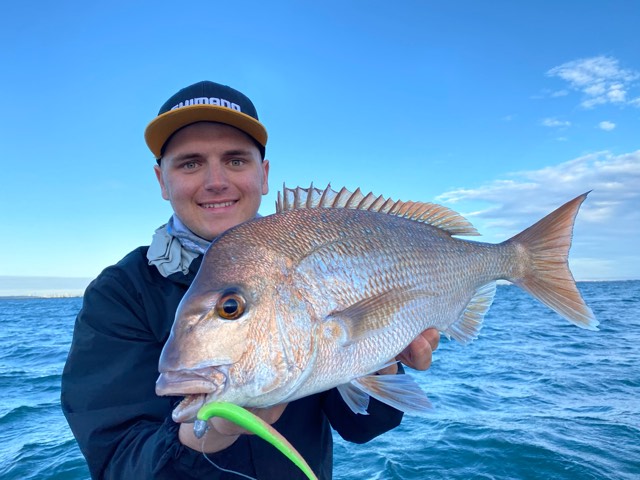 The Surf Coast Estuaries also have fired in a good way this past week for the local Bream fishing, casting soft plastics and hard body lures are well worth the throw and if you’re into your bait fishing then un-weighted Scrub worms is a standout bait. Liam Leith and Owen Westwell snuck out after work during the week landing themselves plenty of Bream to about 35cm. 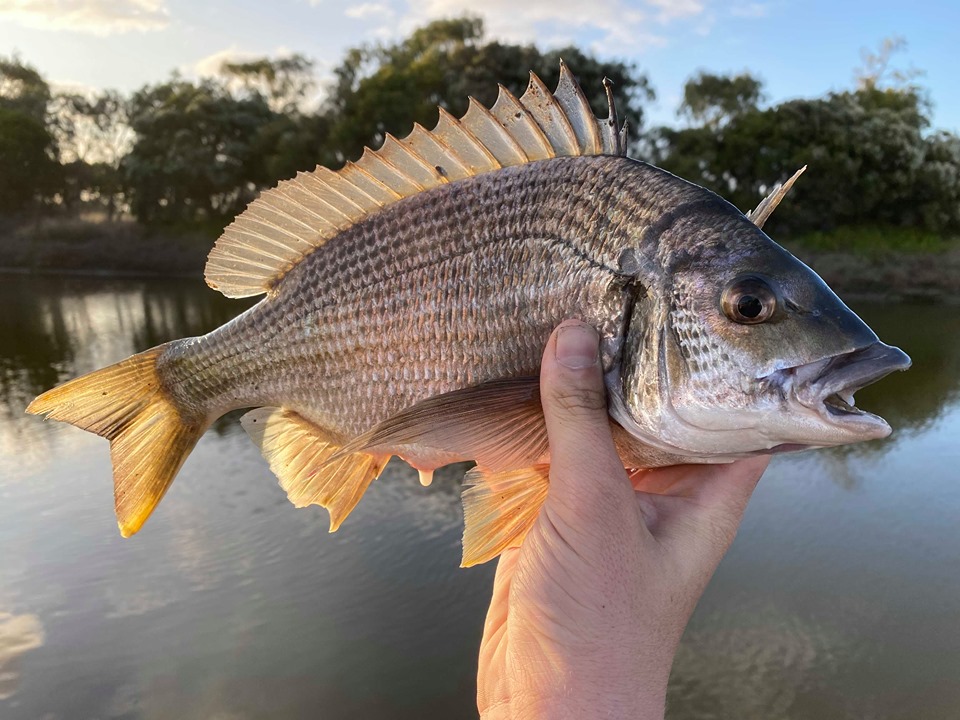 The Barwon River is still fishing very well for both Redfin and Carp, around the Golf Course at Fyansford is a standout location and is a great spot to take the kids as it has plenty of great access to the water. Casting soft plastics and hard body lures is a great way to target the Redfin and when targeting Carp it is very hard to go past Corn Kernels.

The River still looks really good, plenty of fish being caught around the Wineries at Nagambie and near Chinamans Bridge. Trolling Old Mate 25ft Divers, Size 1 Stumpjumper colour 25 working really well for some good sized Cod, casting big profile Spinnerbaits such as Bassman Big Gus towards the bank and letting it sink down the drop off of the river working well also. Bank Fisho’s are catching Cod around Mitchelstown Bridge bait fishing with Trellys Chicken bites, Cheese and Scrubworms. Jackall Gantarels are working well around Kirwans Bridge, Redfin and Yellowbelly are being caught around the Willow Trees and old Logs bobbing 3 inch Black Grubs, Worms, and small Yabbies, either sound up the schools of fish, or move frequently to find them.
Below the Weir has risen 11cm in the last 4 days, is quite clear, still a nice Temperature and has a nice flow about it, Blair Munroe spent a bit of time between Murchison and Arcadia this week, getting a 67cm Cod off the top on a Koolabung Codcracker,and a nice 48cm Yellowbelly on a Size 1 Stumpjumper off the end of a freshly fallen Gum tree, and reports the River looks really good. Chicken and Cheese is working really well for good numbers of Cod, although most fish are small, if you spend the time, you will get rewarded with a good sized fish, late afternoon too dark seems to be the standout time of the day. Undera to McCoys Bridge is fishing well for Cod and Yellowbelly, bait fishing is the standout.
With the full moon this weekend, below the Weir will be a great spot to have a go, Bassman Aussie Crawlers or Codger Surface Paddlers will definitely be worth a shot just as the Sun comes up or goes down.

The Main Eastern channel is fishing really well, good numbers of Cod around Shepparton, a few Yellowbelly mixed in with the Cod in the channel down Euroa Road, and as you get closer to the Weir, you will start to get some Redfin also. Trellys Chicken bites, Cheese, Bardi Grubs, Worms and Yabbies all working well, and Spinnerbaits for Cod and Yellowbelly and RMG Poltergeists are working well for Redfin. A few Yellowbelly on Jackall T/N 60’s, Peacock colour in Kialla Lakes.
Waranga Basin has been fishing a bit slow lately however we’ve still had a few reports of some nice redfin getting caught around Harrimans point. Most fish have been caught trolling 55mm codgers and bobbing small yabbies and worms.

Anthony Bergamin has been catching some good sized Cod around Bearii, Spinnerbaits doing the damage, Bearii has been a little hit and miss, putting the time in is the key. Most of the action is from Cobram to below the Weir at Yarrawonga, big Hardbodies like Coddogs and Whitecrows, and surface lures such as Jackall Pompadours and Bassman Aussie Crawlers working well after dark. Casting Bassman and Pirate Spinnerbaits in natural colours, making sure you drop them back deep as you get to the end of the laydown has been good for Cod and Yellowbelly. 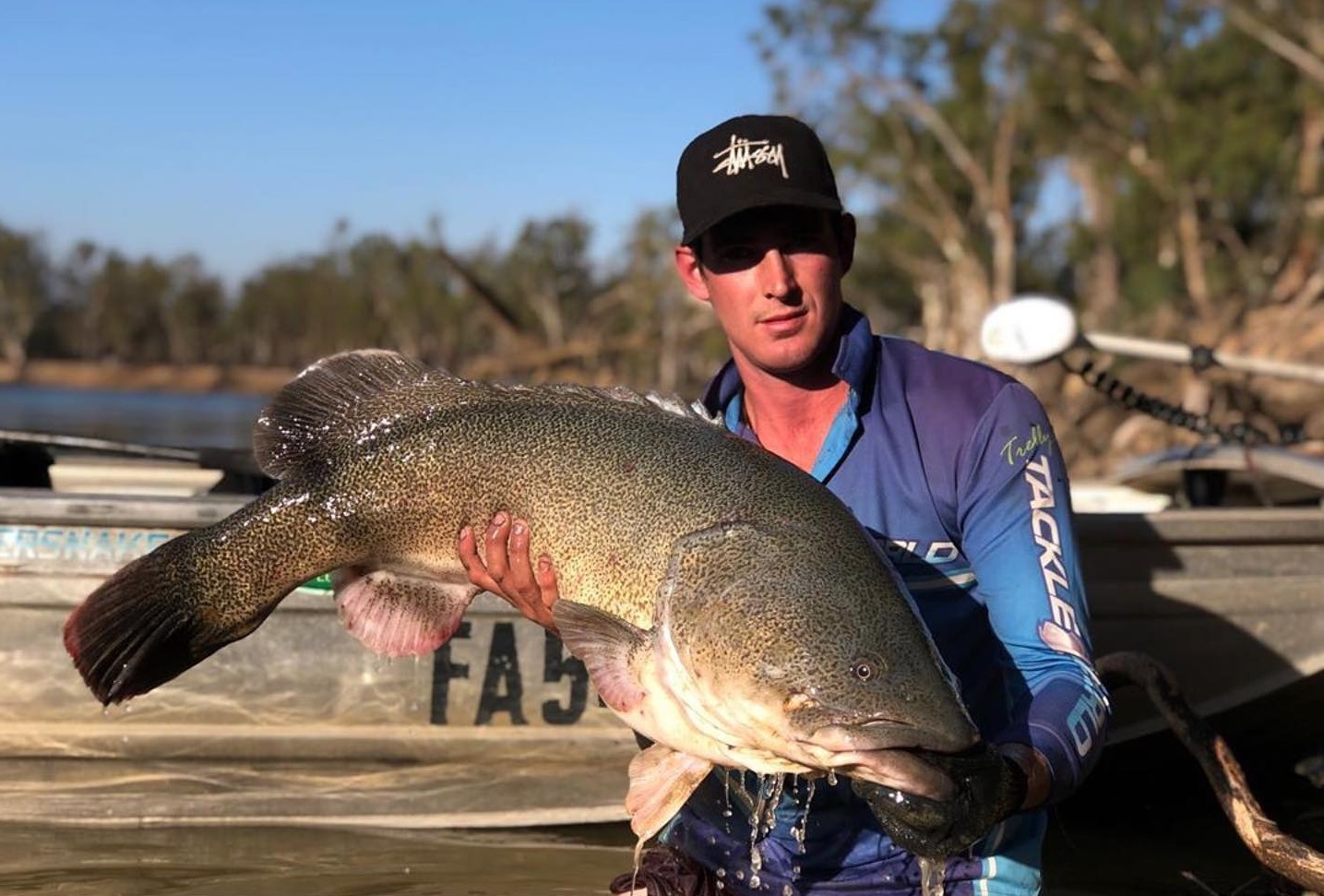