The local offshore fishing over this past week has been just superb with Snapper, Gummy sharks, Mako Sharks and Kingfish all biting well. There has been plenty of Pinkie Snapper holding on reef structure between Ocean Grove and Torquay in approximately 45m of water, fishing with bait has been most effective way to target them. The Gummies have been holding in a little bit closer in about 30m of water, the trick with them is anchoring yourself just off the reef as that’s where they seem to be hanging at the moment. Makos have been hanging out a bit further sitting in 55m of water, drifting baits suspended under a balloon in a burley trail is the most proven and effective way to target them however you can up your chances with a strong consistent burley trail and using fresh bait. 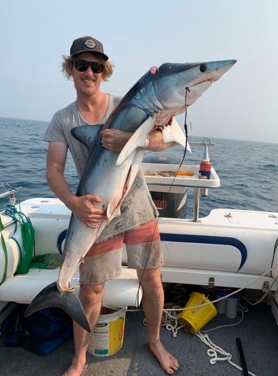 The Kingfish bite lately is still getting better by the week and this past week has been awesome, the bigger fish seem to be hanging out a bit deeper in 50m of water and the ‘rats’ are holding in shallower like 30m however you never know when that big one might show up. Brad Apps went on board Cross Country Fishing Charters managing some ripper Kingfish or Live bait and Knife Jigging, the boys also managed a nice haul of Pinkie Snapper on the same grounds. 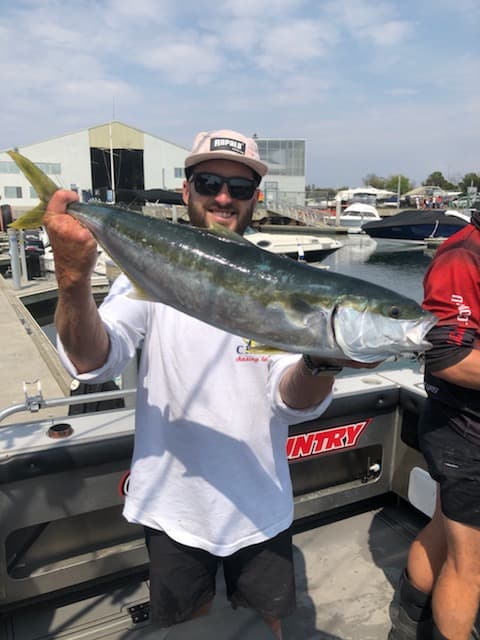 Inside Port Phillip Bay is still providing plenty of good fishing options, Big King George Whiting are still on the chew right along the peninsula. St Leonards is the most popular spot with fish biting well on the change of tide with Pipis being the best bait. There are also plenty of Calamari holding in a bit closer in 3 metres of water in the same general area as the Whiting.

Down along the west coast and the Tuna are on fire off Julia Reef. Trolling small skirted lures will catch you your fish however casting stickbaits and poppers to bust ups is a very effective and fun way to target them watching them smash your lures off the top! There are also plenty of Kingfish around there too and they are more than willing to take top water lures. 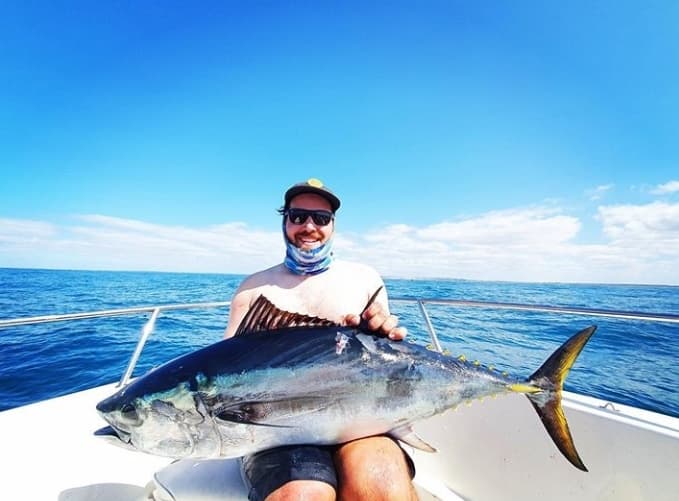 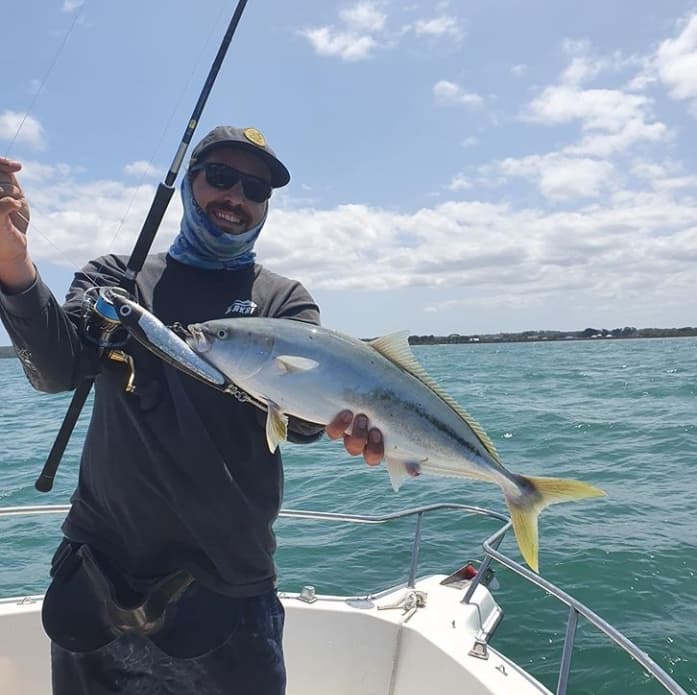 The Barwon River is producing plenty of Redfin at the moment for guys walking the banks casting small soft plastics or hardbody lures providing some great local fun. David Le has been hitting the Barwon quite a bit lately and having great success. 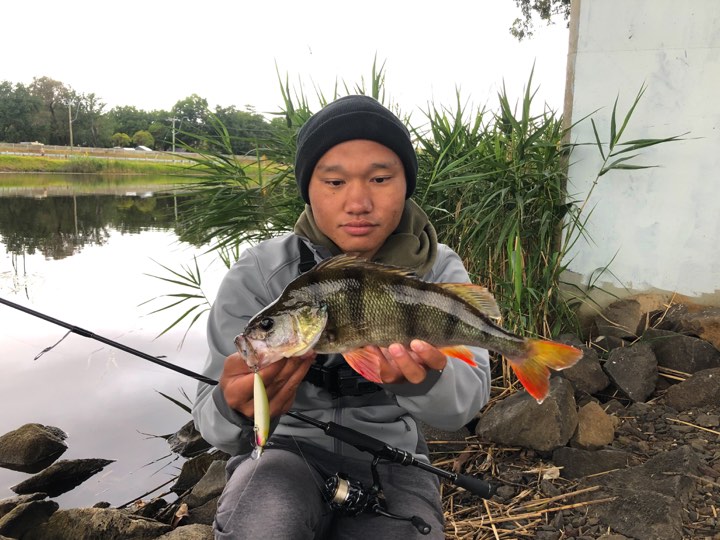 Nagambie has been fishing alright with a few medium sized cod being caught from between Chinamans bridge and Mitchellstown Rd bridge. There were plenty of nice fish caught leading up to the full moon but reports over the weekend seemed to slow a bit. Of the fish that were caught most were around 50-70cm. Trolling with old mate divers #9 and #2 has been producing the goods. Last week we saw a 102cm caught on the 15ft old mate bardi grub colour out of the Goulburn near Nagambie. Bait fishing with Chicken, Yabbies and Bardi grubs has been producing plenty of medium sized cod from the Nagambie area as well with the odd bigger fish in the mix. Closer to Shepparton we’re hearing good reports of cod caught on shrimp, although all medium sized fish, the numbers have been great. Another standout has been Trellys chicken bites which produced 10 Cod between 40 and 80cm for the same customer in a session on the goulburn over the weekend. Around Rafterys Road has also been fishing well with plenty of Cod caught off the top on Codger Paddlers and Jackall Pompadours.

Waranga Basin has been a bit hit and miss lately but if you can find a decent school of reddies you’ll be in for a red hot session. Trolling around Hutchinsons road and the caravan park has been your best bet however bait fishing near the caravan park has been working well also.
Euro crawler worms and small yabbies have been working well. While anchored up it’s also worth a shot casting plastics and small bibless vibes to try and get the school on the bite. James from Balista lures got out on the Broken river in his kayak earlier in the week to see how the cod of the Broken would go with the Balista Tremor. He managed to get 6 bites with this angry little guy finding its way to the net. James reports that the wake bib and diving bib worked the best for him in the Broken. 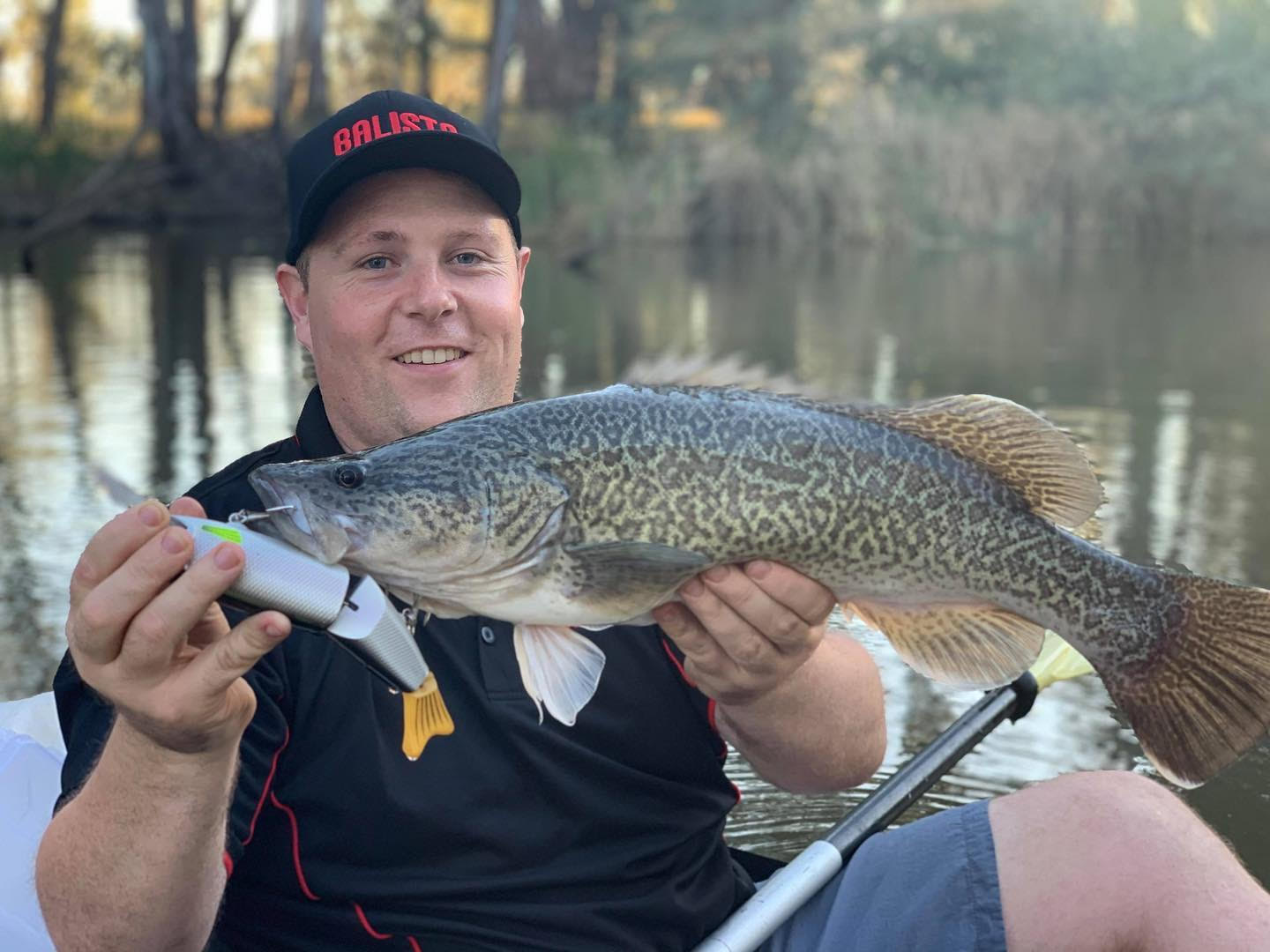 Lake Mulwala has been fishing alright with some good fish coming off the top on Balista Tremors and Jackall Mega Pompadours. Down towards Bundalong has been fishing well with anglers also finding some nice fish while casting Gantarels amongst the timber.
Bait fishing in the lake has also been a consistent method of catching some nice fish. Bardi grubs, Yabbies, Chicken and Cheese have all been working well.
The Murray river has been fishing alright with some nice fish getting caught between Yarrawonga and Tocumwall on Pompadours and spinnerbaits. Plenty of nice fish coming from bait such as chicken, bardi grubs and yabbies.
Jessica Robinson caught this 72 cod in the Murray near Yarrawonga. She could feel 4 golf balls in its stomach and found another in its throat.
Graeme got this nice Cod from Cobram earlier in the week on Chicken
We’ve also had some good reports from Beari and Barmah with some good cod getting caught on spinnerbaits. There has also been some good Yellowbelly caught in the same area while casting Bassman spinnerbaits for cod. Bobbing Yabbies around the willows has also worked a treat to get some nice Yellowbelly on the board. 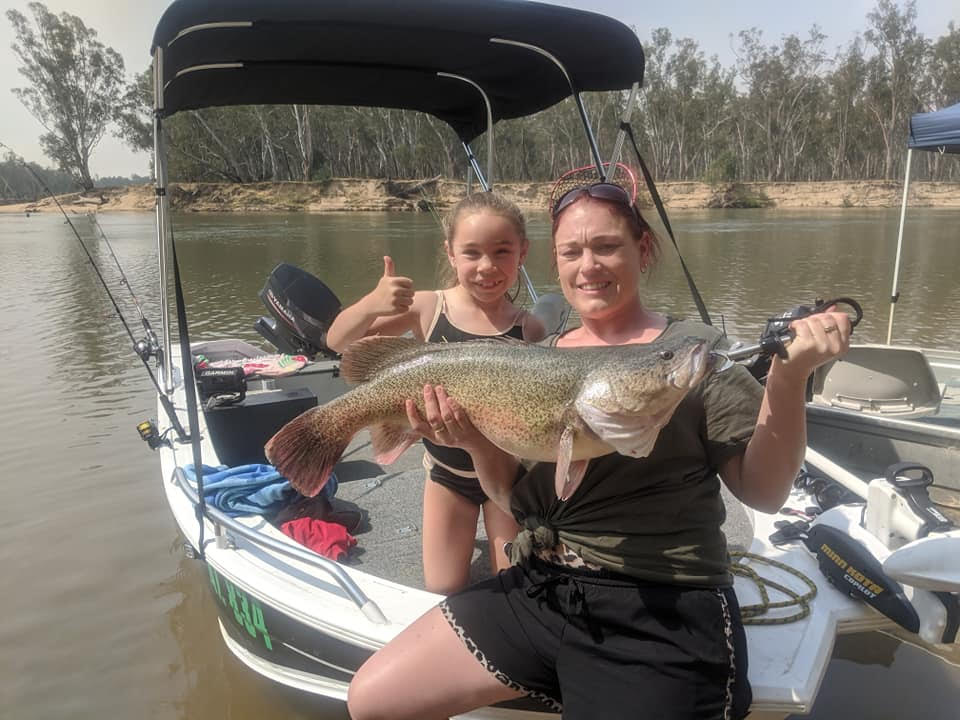 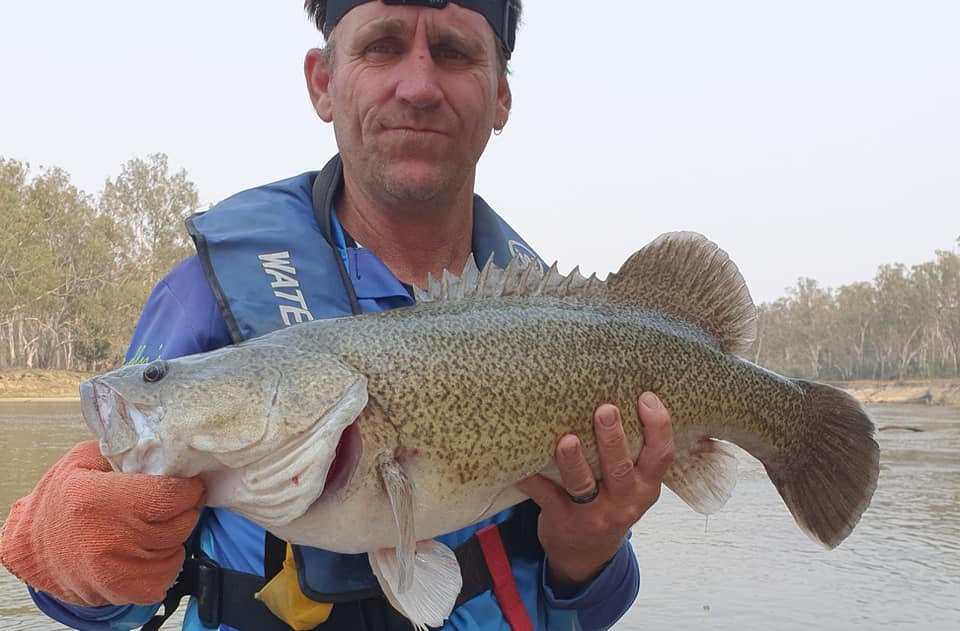