The saltwater fishing at the moment continues to go from strength to strength with both Port Phillip Bay and Offshore species biting well. Between Altona and Werribee has been on fire as of late for King George Whiting with bag limit captures being very achievable. The size of the fish have been ranging between legal and about 40cm so moving around to find different schools of fish can help improve the average size. There have also been a few Snapper getting caught in the deeper water on bait but has been slower compared to previous weeks.

St Leonards through to Queenscliff has also been very productive for Whiting and Calamari with the fish seeming to be at a better average size compared to other locations. The Whiting have been going best on the last hour of the run in tide with Fresh Squid and pippis being the best baits. The Queenscliff harbour is still fishing well for Silver Trevally, Mainly casting soft plastics however they are more than willing to eat some bait too. The Rip is currently plagued with massive Australian Salmon, Trolling white occy skirts or casting lures into the bust ups should get you amongst the action. 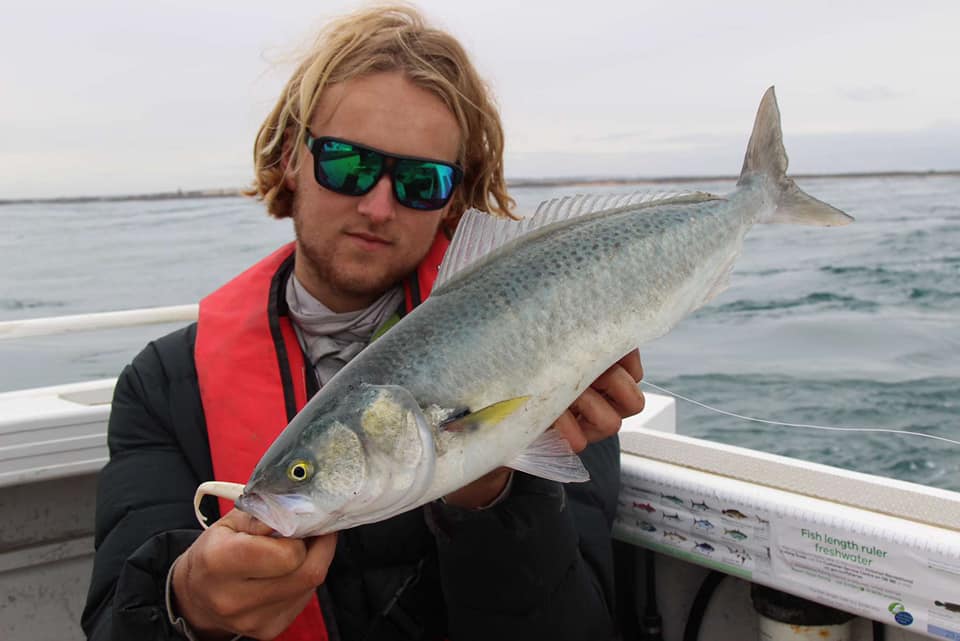 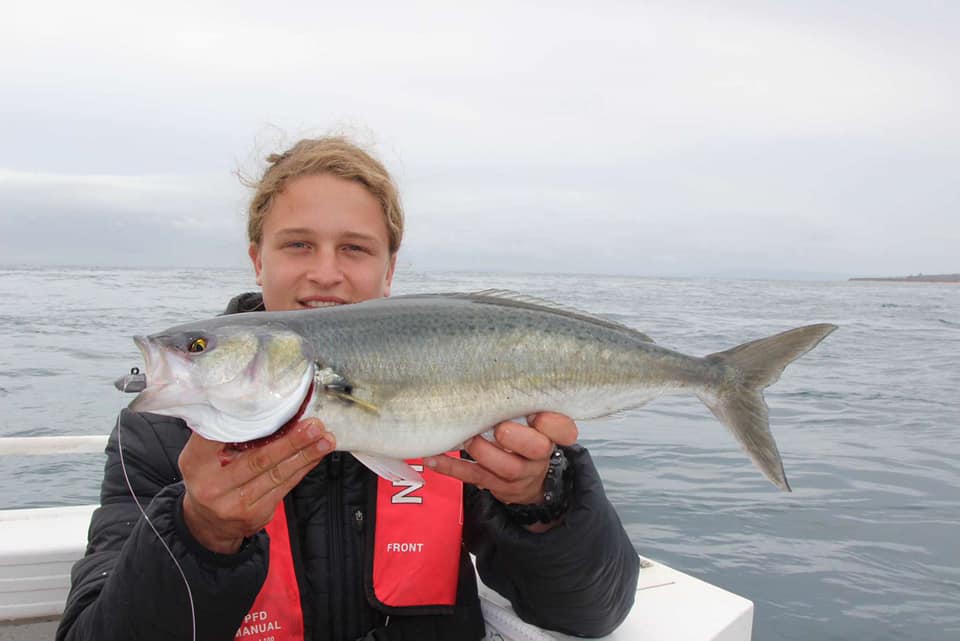 The kingfish are still on lots of anglers minds at the moment and the reports are increasing each week from out the front of Barwon Heads, although the fish haven’t been massive they are currently in decent numbers but that should only increase over the coming weeks. There has also been lots of schools of Slimey Mackerel and when they are around the predatory fish aren’t usually far behind, on that there has been a few whispers of Mako sharks getting caught off Barwon Heads as well.  Port Fairy has been more the hotspot for them this week for Kingfish Trolling live baits. 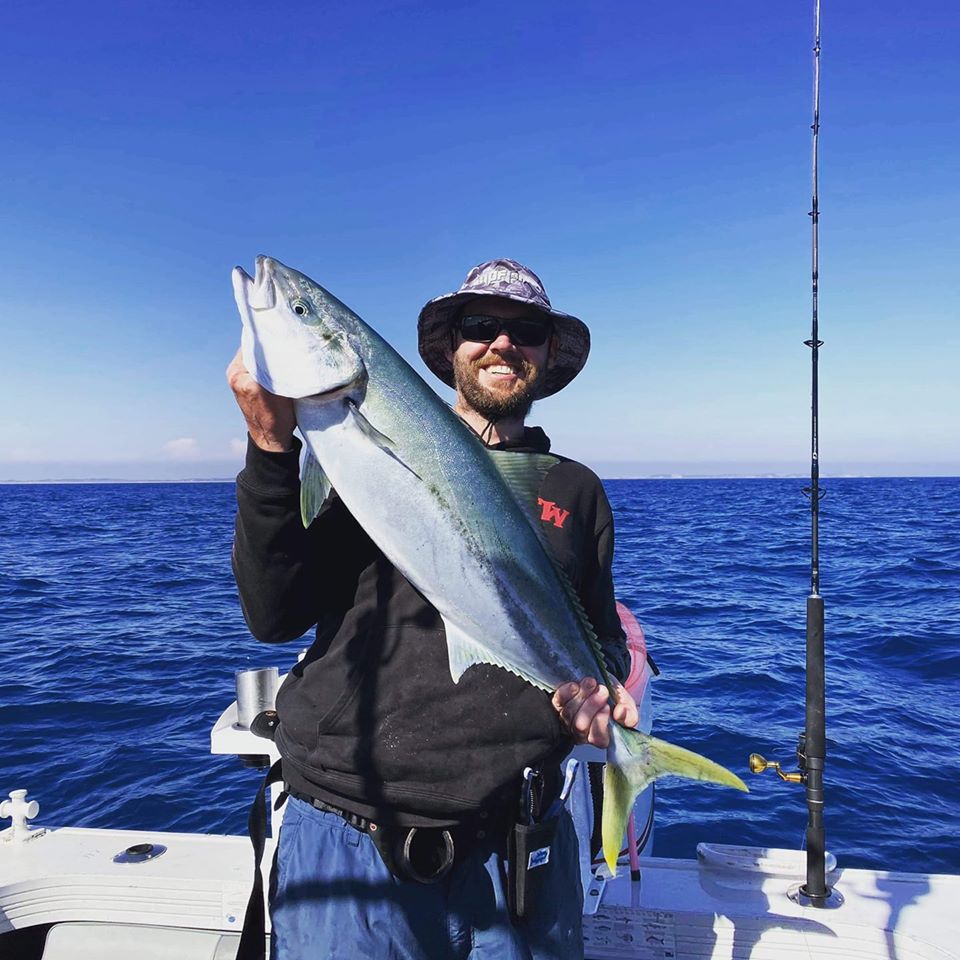 Wurdi Buloc Reservoir has been fishing fantastically over the past week for both Redfin and Trout. Casting shallow diving hard bodies, Soft Plastics or Spoon style lures have been by far the most effective way to target them however a live Mudeye under a float has been accounting for plenty of fish as well. The Barwon River around Fyansford is still providing plenty of holiday fun with Redfin and Carp on the chew. Casting small hardbody lures or soft plastics has been deadly on the Redfin and when chasing Carp it’s hard to go past a few Corn kernels on your hook. 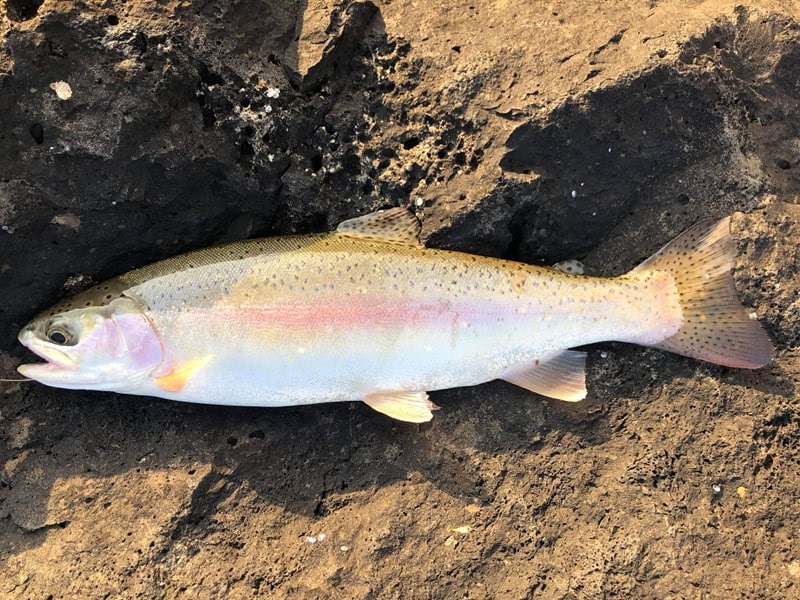 Things are really starting to heat up, especially around Nagambie, a 114cm Cod caught near Tahbilk Winery on a Chicken/Cheese cocktail, 80cm Cod off the boardwalk in town,  we have heard all this and more in the last week, good numbers of Yellowbelly bobbing soft plastics around the Willow Trees at Kirwans Bridge. Closer to Shepparton We’re also hearing heaps of great reports of cod on both lures and bait. Around Murchison and Toolamba chicken and cheese has been accounting for heaps of Cod of all sizes. While closer to Shepp around Raftery Road we’ve had more reports of fish over a metre caught on Trellys Chicken bites. In recent weeks we’ve heard of over 15 fish over the metre mark and big numbers of Cod between 60cm to 80cm caught in the Goulburn, showing how good our local fishery is at the moment. 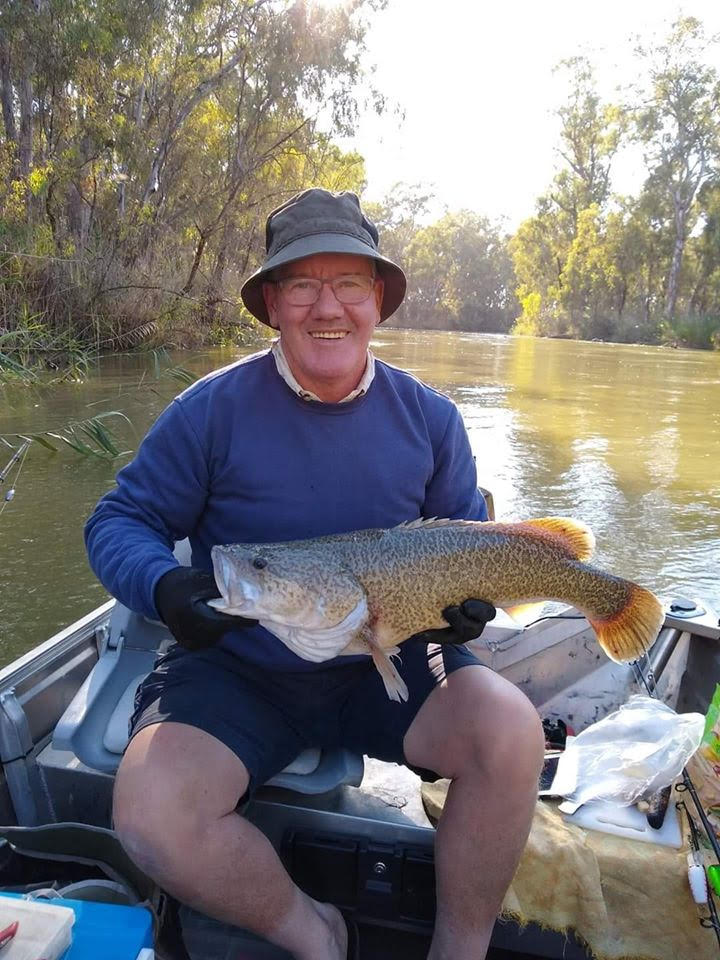 Waranga Basin has been producing some good numbers of Reddies while trolling around 3m of water near the boat club early in the morning. Lures like the 3m poltergeist and shallow 55mm and 70mm codgers have been doing the trick. Having a soft plastic dropper about a metre above your lure has been a great way to get double hook-ups when you locate the school. Bait such as worms and small yabbies has been doing the trick for the numbers game when a school is located, the key is to use your sounder and find the fish to get yourself onto a hot patch. We’re still; not seeing crazy numbers of Redfin but it is improving.

Lake Mulwala has been a bit hit and miss with some anglers finding good fish up to and over a metre while others are struggling to get a bite. With the hot weather that we’ve had the peak periods have been early morning, late afternoon and into the night. Bait such as yabbies and Chicken bits have been working well while the lure casters have had success on Jackall Gantarels and Balista Tremors. We had some reports of people having great success in the ovens near Bundalong, good numbers of cod caught over a couple sessions on bait, there wasn’t too much in the way of monster cod but there have been great numbers and there is always the chance of a monster coming along.
The Murray from Bearii to below Yarrawonga is fishing quite well, big numbers of good sized Yellowbelly taking just about anything, fisho’s trolling 130 Whitecrows are getting harassed by Yellowbelly and huge numbers of smaller Trout Cod and Cod on Cheese. One of our regulars stated this week he has heard of over 40 metre plus Cod caught so far this season, mainly on Chicken and Cheese, and a few on Surface lures and Cobram is the standout area, between the Murray and the Goulburn, it’s shaping up to be one of the best seasons for quite a while. 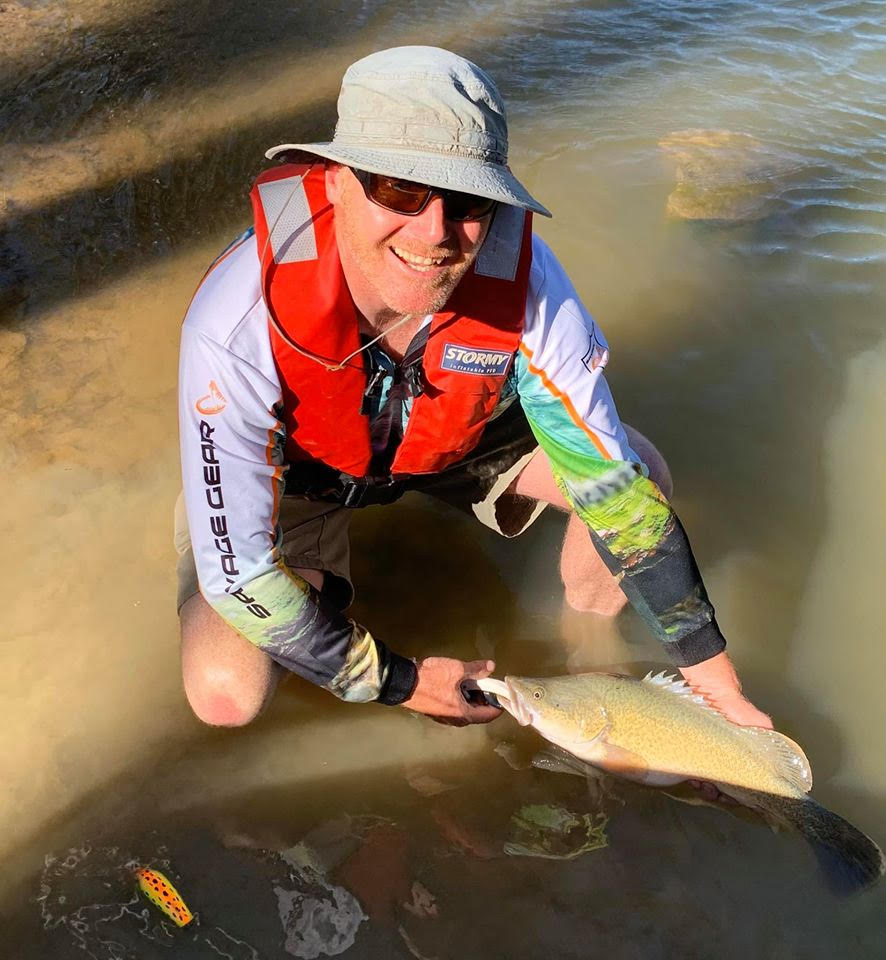 Redfin have been firing on the Lake around Bonnie Doon and at the start of the Delatite arm while bobbing baits around trees in about 6m of water. The best times have been early morning before there’s too much traffic on the water. Most people who’ve been able to get onto a good session have been using their sounder to find the fish or moving around a bit until they find the fish.
In the Delatite arm Yellowbelly have been going well both trolling lures like size 2 Stumpjumpers and 3m RMG Poltergeists. Cod have also been caught in the same areas with up-sized lures. We suggest trolling a couple small-med and a couple bigger lures to cover your bases and give you a chance at getting both Code and Yellowbelly.
Down around Jerusalem creek, Big River and Goughs bay it has been quite busy with the summer crowd but we’ve still heard some nice fish being pulled out of these areas. Cod have been caught casting big spinnerbaits at rocky points while yellowbelly are being caught trolling and Bobbing black plastics into schools.