The local fishing at the moment is still proving to be quite productive with the Snapper fishing still going well. Fishing in the Northern end of the bay around P2 and the Faulkner beacon has had a few reports of Snapper taken over the week, however the fishing at times can we quite challenging so patience may be a key factor to coming home with a feed of fish. Not far from this action Point Cook has been having plenty of Squid still on the chew in close to the shore. Casting artificial jigs over the weed beds in about 3.5m of water has been the best way to target them.

Clifton Springs is still drawing a large crowd of boats all in hope of finding a Snapper or two with plenty of success being had, along the channel has been one of the most popular areas with most fish around that 3kg mark with still a few larger fish getting thrown into the mix. In a bit closer there is still plenty of Pinkies between Legal and about 2.5kg taking a liking to soft plastics however bait seems to be getting the better numbers and size. There is plenty of other species in the same area snatching up Anglers plastics including Salmon, Pike, Flathead and even King George Whiting. 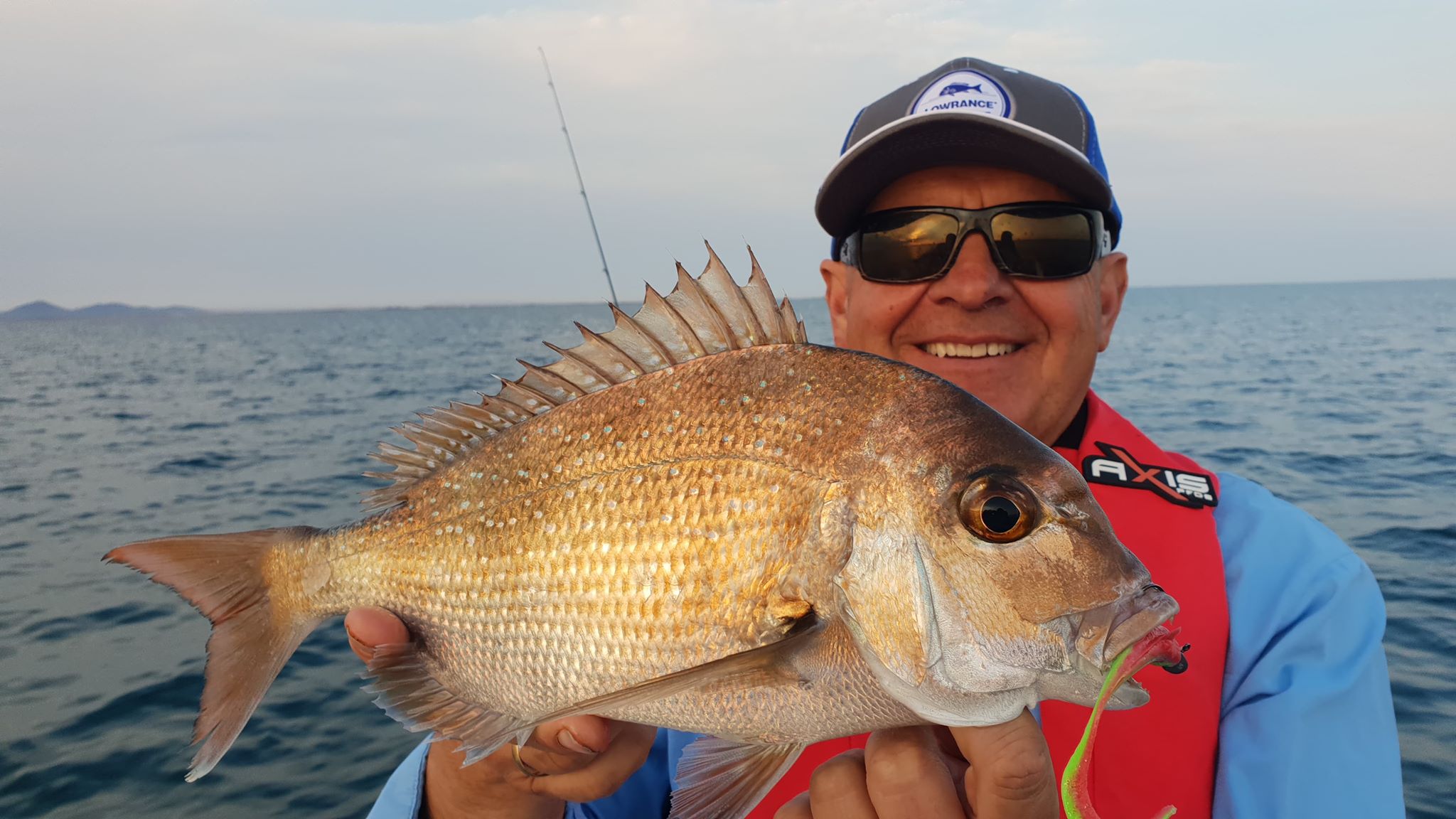 The Whiting fishing at the moment has been fantastic as of late with most boats finding themselves an easy feed. Fishing from Clifton Springs right through to Queenscliff has definitely been the go to locations, in particular St Leonards. Fishing a tide change of an evening has been the best time by far and with baits such as Pipi, Squid and Pilchard fillets has proven deadly finding plenty of fish to over 40cm. Chris from Trellys got out over the weekend and boated himself a cracking feed of Whiting from Queenscliff on Pipis.
Queenscliff harbour has been fishing very well as of late for Silver Trevally with great numbers and at a great size. Guys fishing baits with either Pilchards or Pipis have been finding majority of them but the bigger fish have been biting much better on soft plastics. 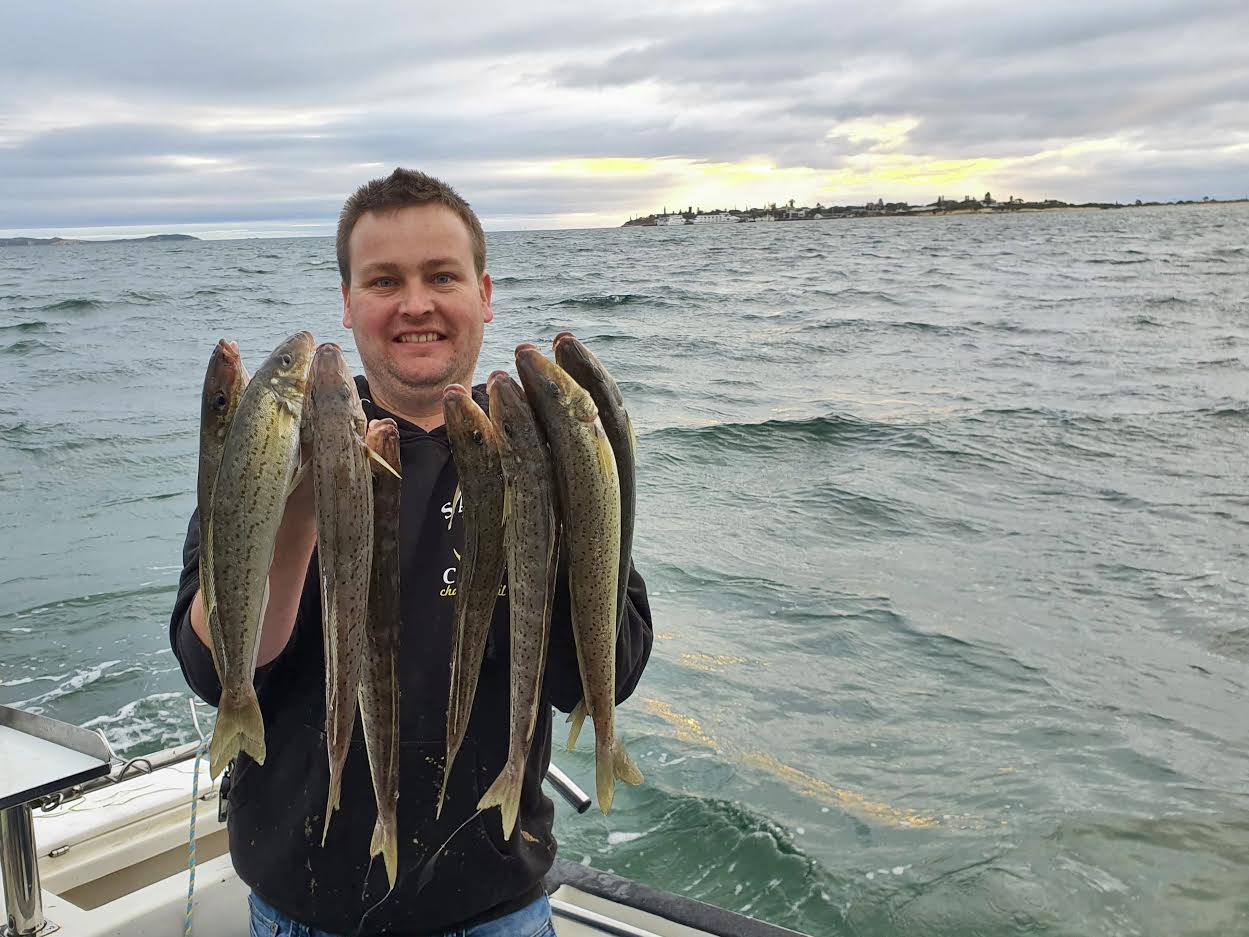 Chris with his tasty feed of Whiting

The Barwon River around Fyansford has had a few reports of Redfin starting to roll in over the past week, although not massive in size they make up for it in great numbers. Brad Apps got out during the week and had great success on them casting megabass sigletts getting those exiting surface strikes. 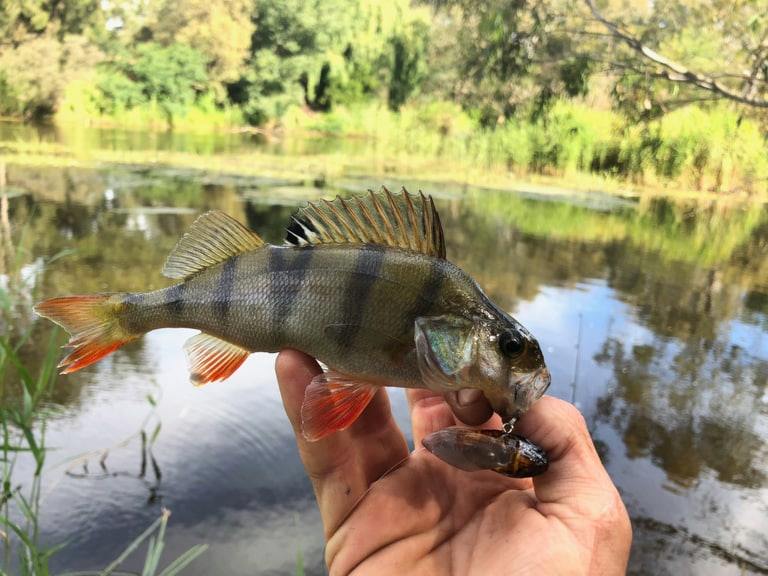 Some good reports coming in from the Nagambie area, mainly Cod on bait from Mitchellstown bridge back towards Seymour, bait such as Cheese, Chicken, Bardi Grubs and Scrubworms working well. Trolling big Hardbodies like Coddogs and AC Invaders along the deeper water is working well, and casting Bassman Spinnerbaits, Jackall Gantarels in the little backwater sections is working well also. Some nice sized Redfin inthe same area on small Yabbies, Worms and Trolling Size 3 Stumpjumpers in colour 25. Further downstream towards to Jayco Caravan Park, surface fishing with Koolabung Codcrackers or Bassman Aussie Crawlers on the opposite side of the River has been producing some big Cod from 60 to 85cm, so make sure you start fishing straight from the ramp and not drive past good spots!
A few Redfin and Yellowbelly along the boardwalk and towards the Old Rowing Club on small Worms and Yabbies, and if you manage to find some Shrimp, they are working the best. 3 to 4 inch Soft Plastics are working well also.
The River below the Weir is still high, but very accessible and very fishable, local Waranga Basin Guru Don headed to Murchison East and landed 9 Cod in short time, only 30 to 45cm fish and all on Cheese and Chicken, but plenty of action. The story is very similar towards Toolamba and right through to Undera. 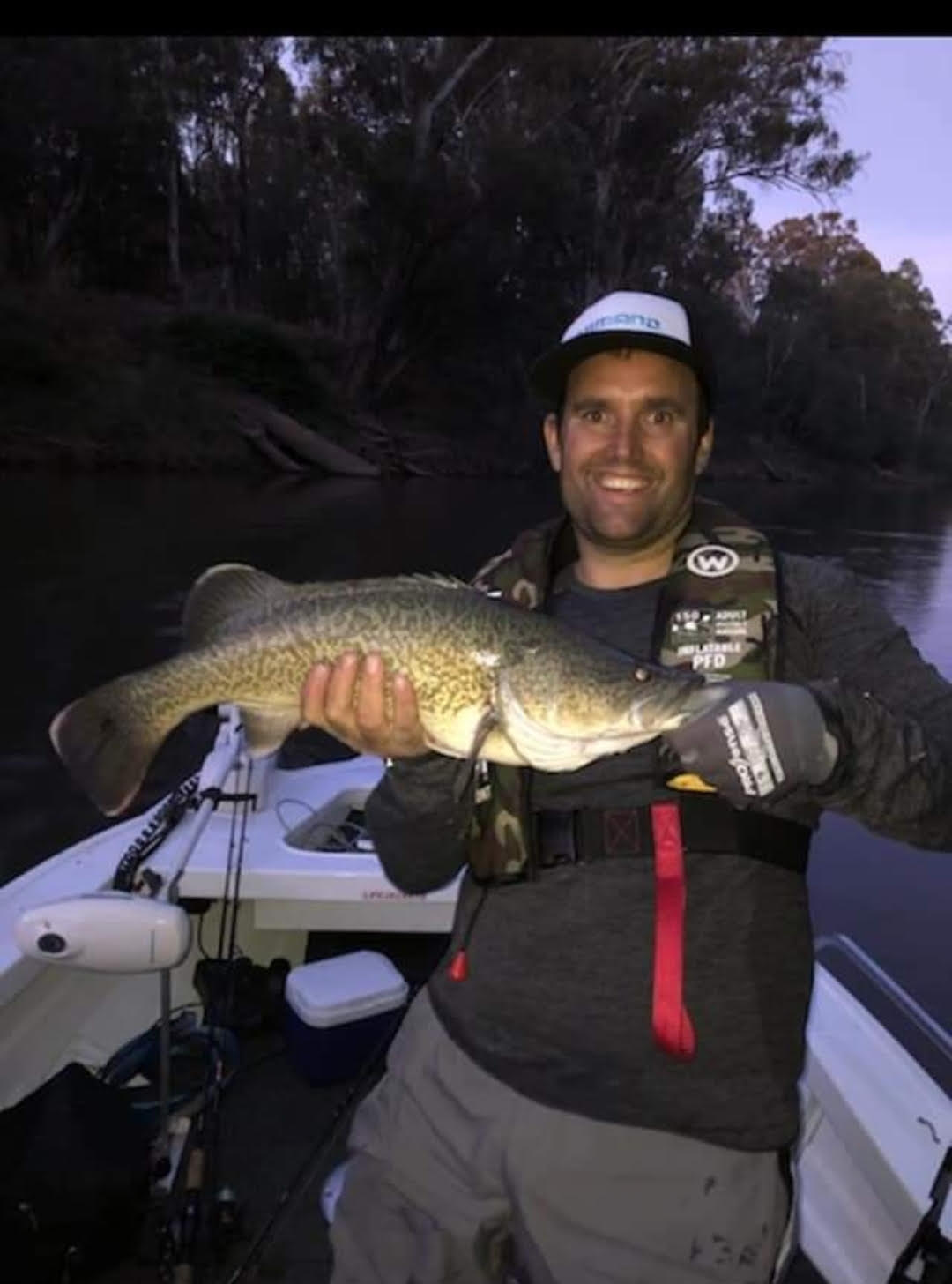 The Main Eastern Channel is still fishing quite well for Cod, Kialla Central area right through to Invergordan, target Drop Bars and Bridges, baits such as Cheese, Bardi Grubs, Big Yabbies, and Scrubworms doing the job, Old Mate divers and Pirate Spinnerbaits working well on the lure front. I really want to see some good Cod off the surface in the channel, so send us some pics to fishingreports@trellys.com.au of Surface Cod in the Main Eastern Channel for your chance to win a lure of our choice.
The Wind has kept everyone off Waranga Basin, but the Channels around the Basin are fishing ok, Yellowbelly and Redfin in the Main Western Channel near Middle Road, Redfin and the occasional Yellowbelly along Tatura/Rushworth Road Channel also, small Yabbies and Worms working the best, but Hogback Style Spinners and Jackall T/N 60’s working well also.
Some good sized Yabbies in the dams around Rushworth to Nagambie area.

Bearii to Ulupna Island is fishing quite well with Surface lures and Bassman Spinnerbaits, Codman Series 4X4’s, purples are the standout colour at the moment. Below Yarrawonga is holding bigger fish, but boat traffic is thick, Spinnerbaits or chin weighted Jackall Swimbaits are doing the trick, the bigger Cod are holding deep about 2 foot off the end of the laydowns, so always remember to drop your lure back down deep about halfway along the laydown to drop it back down in front Cod.

Mulwala has been fishing well with plenty of medium sized Cod being caught casting lures towards the shallow sections and snags. Lures such as Jackall Gantia’s in the new King of the Knight colour has been catching plenty of fish as well as the new Balista Tremor. When using these lures try mixing up a bit and pausing your retrieve. Bait such as Bardi grubs, cheese and big yabbies have also been catching plenty of nice sized fish. Kiffens area is the place to start.