Since the weather appears has cleared up we have seen the Snapper fishing take a good step in the right direction from lots of parts along the Peninsula. Starting inside Corio Bay has had some good reports of Pinkie Snapper getting caught from the guys fishing land based. Cunningham Pier has been one of the hotspots for Angler’s catching Pinkie Snapper to 60cm on baits such as Blue Bait and Squid.

Coming into the Outer Harbour and around Clifton Springs there has been a wide variety of species getting caught. Whiting continue to bite well along the Curlewis Bank right through to Indented Heads as Michael and Owen Westwell found out Tuesday morning. Fishing the outgoing tide with fresh Squid the pair managed a great bag of fish to 40cm, in addition to that they also found plenty of Calamari in closer to shore on #2.5 size jigs. On that the Squid are still going well along the Peninsula, the average size at the moment is a bit smaller compared to previous weeks but are still in great numbers.

The Snapper fishing lately has been very interesting to say the least with a whole mix of reports, dropping anchor and fishing bait in a burley trail is how most anglers are targeting them with fish to 5kg getting caught. Baits such as Pilchard and Squid are the most popular baits but it’s always worth having a variety out and ideally fresh baits. Although they have been quite fickle on baits the Snapper have been responding really well to soft plastics, Liam Leith and I snuck out after work during the week in hope to catch a few on plastics and wasn’t disappointed. Drifting in 6m of water with Gulp Crazy Leg Jerkshads and Turtleback Worms did the damage landing numerous Snapper to about 4.5kg almost every cast, with the weather starting to get warmer we should see this style of fishing really improve over the coming months. 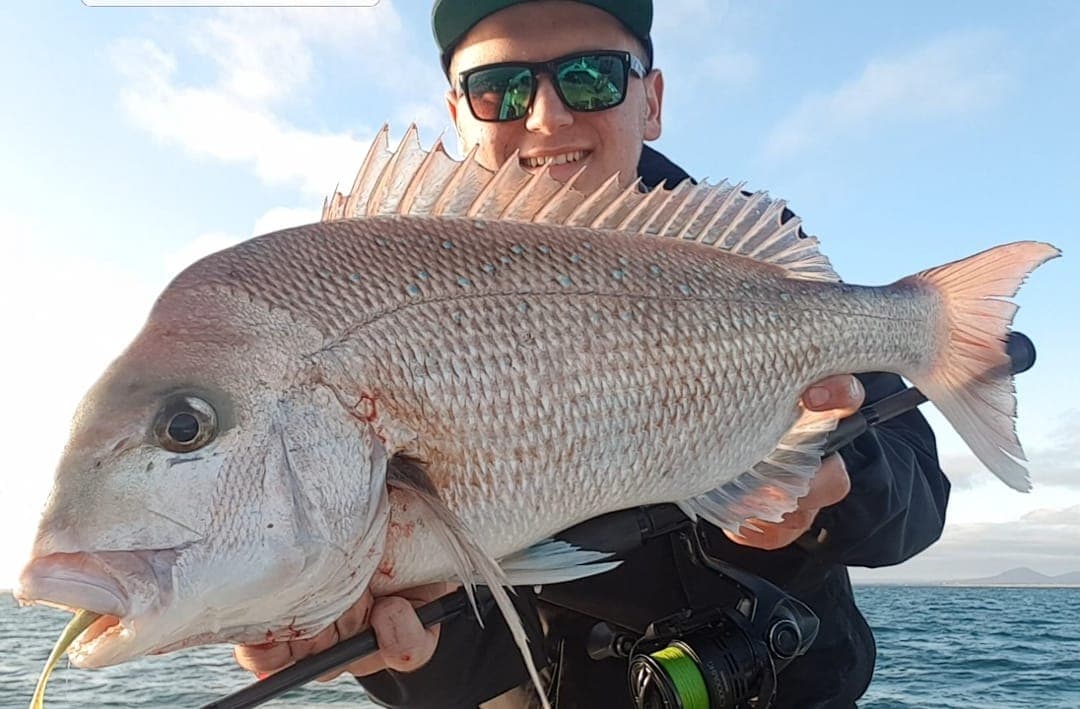 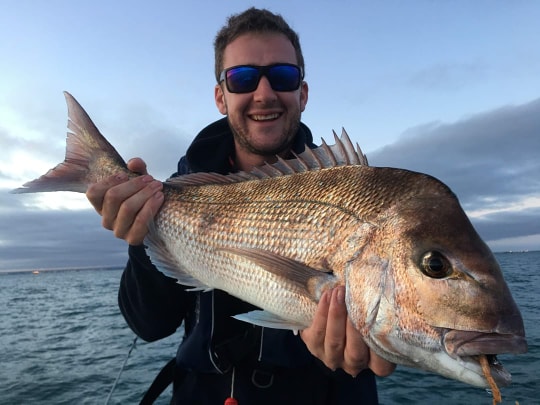 Over the weekend Bryce Nurnaitis took the Kayak into the Queenscliff Harbour and had no trouble in landing plenty of Pinkie Snapper and Silver Trevally all on soft plastics. 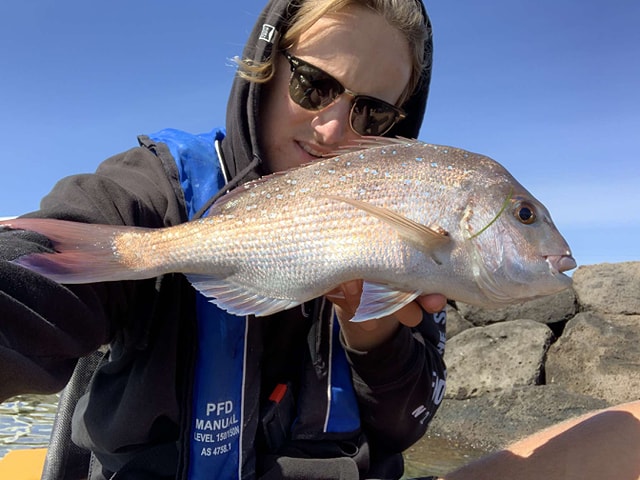 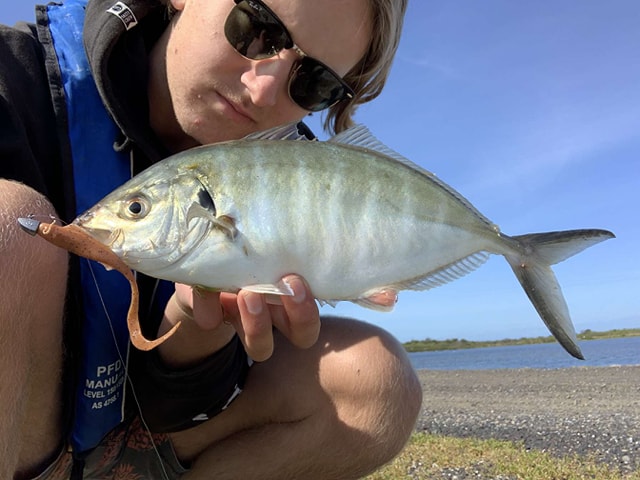 Freshwater
Stony Creek Reservoir has come back on the Radar with Redfin well on the chew, Trellys Fishing Worlds Chris Pitman got out on Sunday and found himself plenty of Redfin to 35cm snatching up his Z-man 3” Slim Swimz in Motor Oil. 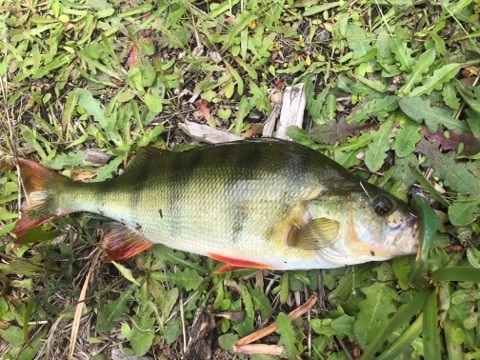 A few Redfin and Trout in the River around the King Parrot Creek area towards Trawool, Celta Spinners and Tassie Devils in Pretty Fish colour. Some Redfin near Goulburn Park in Seymour Township.
Further towards Nagambie along Northwood Road to the Wineries, there are some good numbers of Redfin and Yellowbelly, mainly on Worms, Shrimp and Yabbies, try tying off some of the Willow Trees in the little backwater parts.
Some big numbers of really big Carp in the shallower backwater areas such as Majors Creek, a nice bunch of Worms on a Size 6 wide mouth hook and a running sinker should do the trick, make sure you have a really sturdy rod holder!
The water is still a little cool and seems to be dirty around Kirwans Bridge, however some nice Redfin and Yellowbelly are being caught, you will have to work hard for them, so sounding up schools before fishing or moving every 15 minutes or so is the way to go, bobbing Yabbies, Shrimp or 3 to 4 inch soft plastics working well.
Below the Weir from Murchison East, Toolamba, Arcadia, Shepparton to Undera are all fishing really well for Yellowbelly, water is at a great height and clear so Lure fishing is working great. Small Spinnerbaits are the standout, but surprisingly the they haven't been redhot on Shrimp? As soon as you change to a small Yabbie, their on, it’s normally the other way around? Most fish are between 35 and 45cm.

Some really nice Yellowbelly in Lake Victoria at the moment, Benny Rendina (pic) has been smashing them with Bassman Beetle spins and soft plastics out of his Kayak, unfortunately bank fishing is nearly impossible with the amount of weed along the banks.
Some Yellowbelly around 40cm in the Main Eastern Channel towards Euroa, T/N 60 Jackalls and ZX 40’s along the concrete where the water goes under the Road the spot to try. 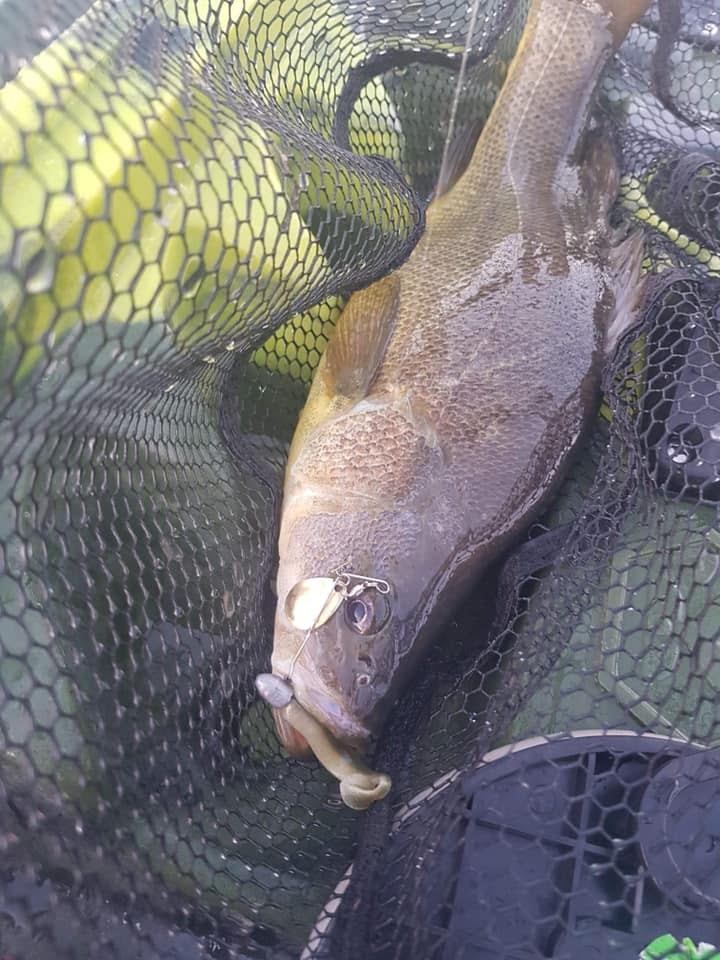 When the wind eases, fisho’s are having mixed results in Waranga Basin, some Redfin towards Harrimans Point, but the best report we got was one Fisho catching 8 Yellowbelly up to 57cm along the wall, trolling small Hardbodies, most fish were caught up the Western end of the wall.
Plenty of Yellowbelly in the Main Western Channel at Middle Road, T/N 60 Jackalls and ZX 40’s in dark colours the best.
Most of Bigger channels around Kyabram, Lancaster and Tatura have some Redfin, Worms, Yabbies and Hogback style spinners working the best.
Share Share on Facebook Tweet Tweet on Twitter Pin it Pin on Pinterest
Trellys Victorian Fishing Report
Loading