Although the weather may be wet ‘n’ wild there still is some great fishing if you can brave the elements. Corio Bay has managed to produce some great fishing for guys fishing land based on Cunningham Pier for Snotty Trevalla. Using a simple light running sinker rig with either pilchard fillet, pippie or chicken has been producing the best results with reports of great numbers and fish getting up around 45cm. Finding a break in the weather David Le managed to wrangle out some great size Pinkie Snapper from tight structure fishing around the Geelong Yacht club land based.  David was using un-weighted pilchards and casting his baits near the structure where the fish are usually hiding in this recent wild weather. 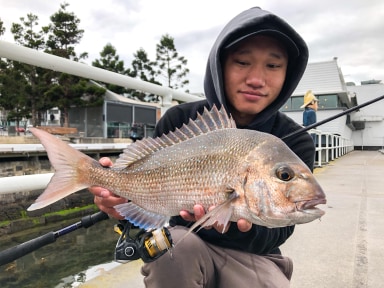 The Barwon River still continues to be a reliable spot to get out of the wind and still get into some great action. Barwon Head’s boat ramp to the ‘Sheepwash’ still holds the title as the current hot spot and for good reason. Silver Trevally, Salmon, Mullet and Bream being the regular captures with Mulloway being caught on rubber vibes, just be sure to fish the lead up to the high tide in the Barwon as it can really make the difference on your results.

Patterson Lakes has been producing some great Bream fishing lately. Trelly's Laverton Pro Staff Dylan Pace has been getting stuck into the action and has been greatly rewarded finding good numbers of Black Bream and few Estuary Perch thrown into the mix with both species getting over 35cm. Dylan’s stand out lures were Z-man Slim Swims and Stick minnows casting at any structure he could get his lures near. 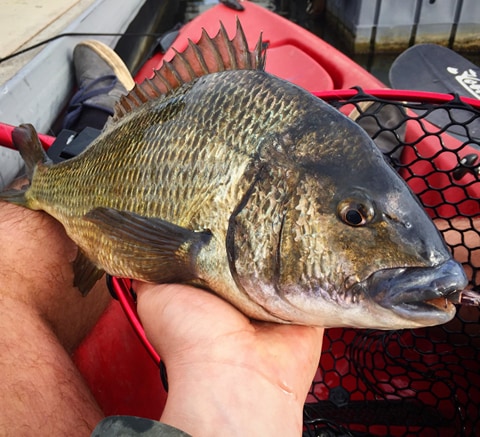 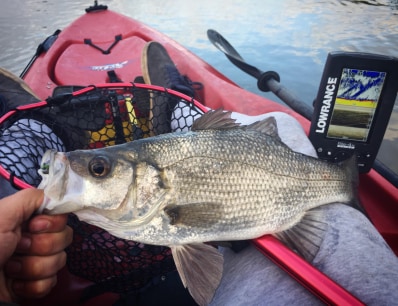 The West Coast still continues to produce Barrel Tuna to the guys that are able to find a window of good weather. Between Apollo Bay and Port MacDonnell is where you want to be looking with Portland and Cape Bridgewater being the chosen location for majority of the boats. Trolling skirted lures in a redbait pattern such as the Tornado Midnight Passion still a hot pick for a lot of boats. Jordan Watts and his crew managed to boat a Barrel weighing in at 144kg. 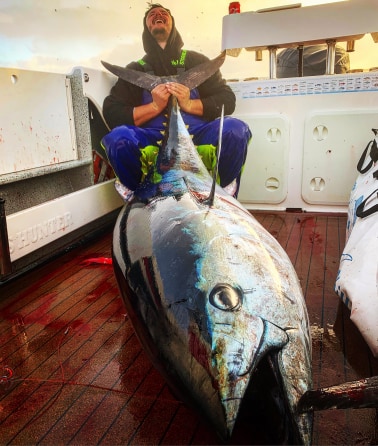 Lake Bolac continues to fish well for guys fishing the bank with Powerbait or pilchard fillets on a light running sinker rig. Craig Varker from the Petrel Angling club managed a cracking Rainbow Trout weighing in at 4.5lbs taken on a pilchard fillet. 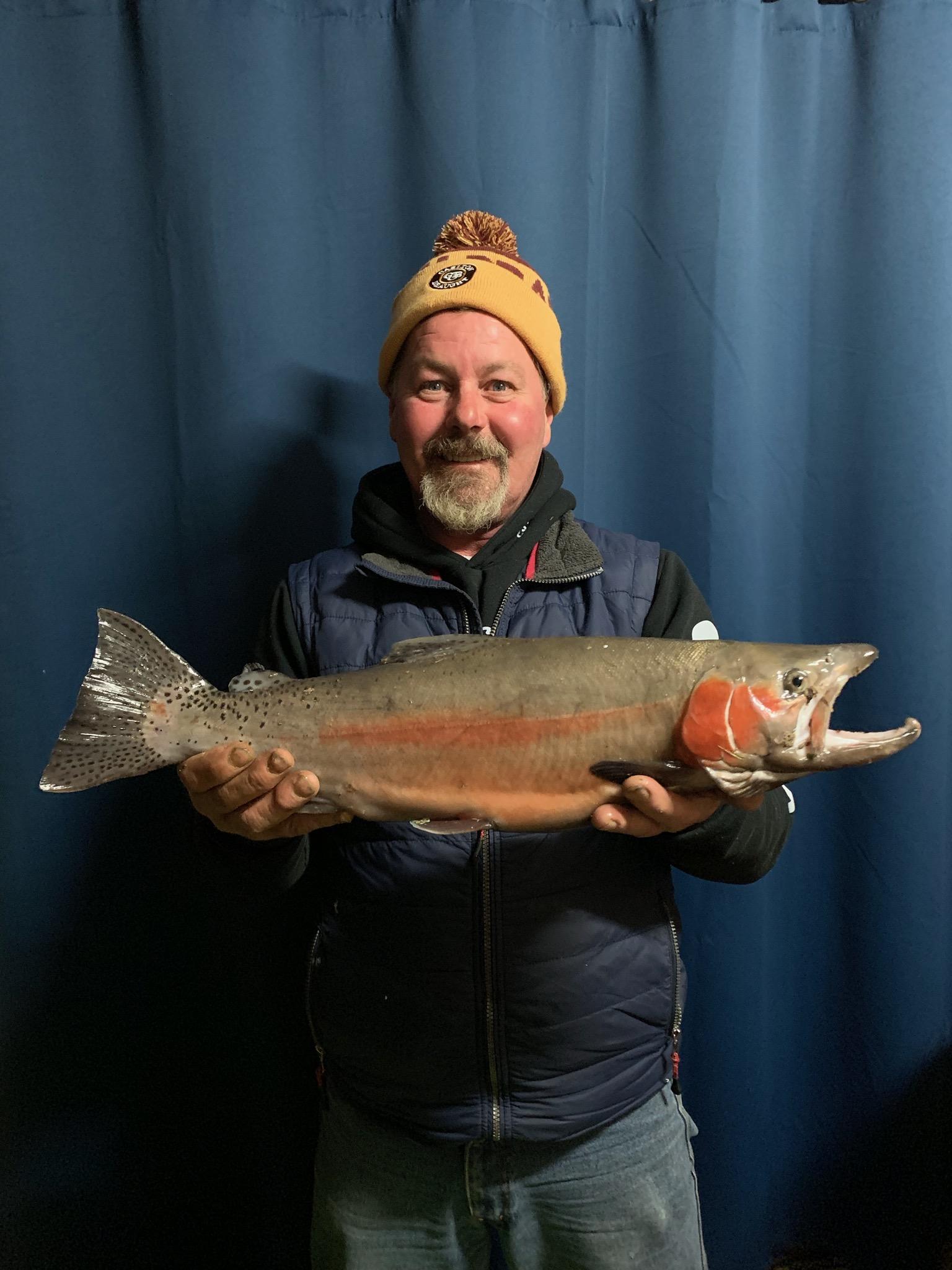 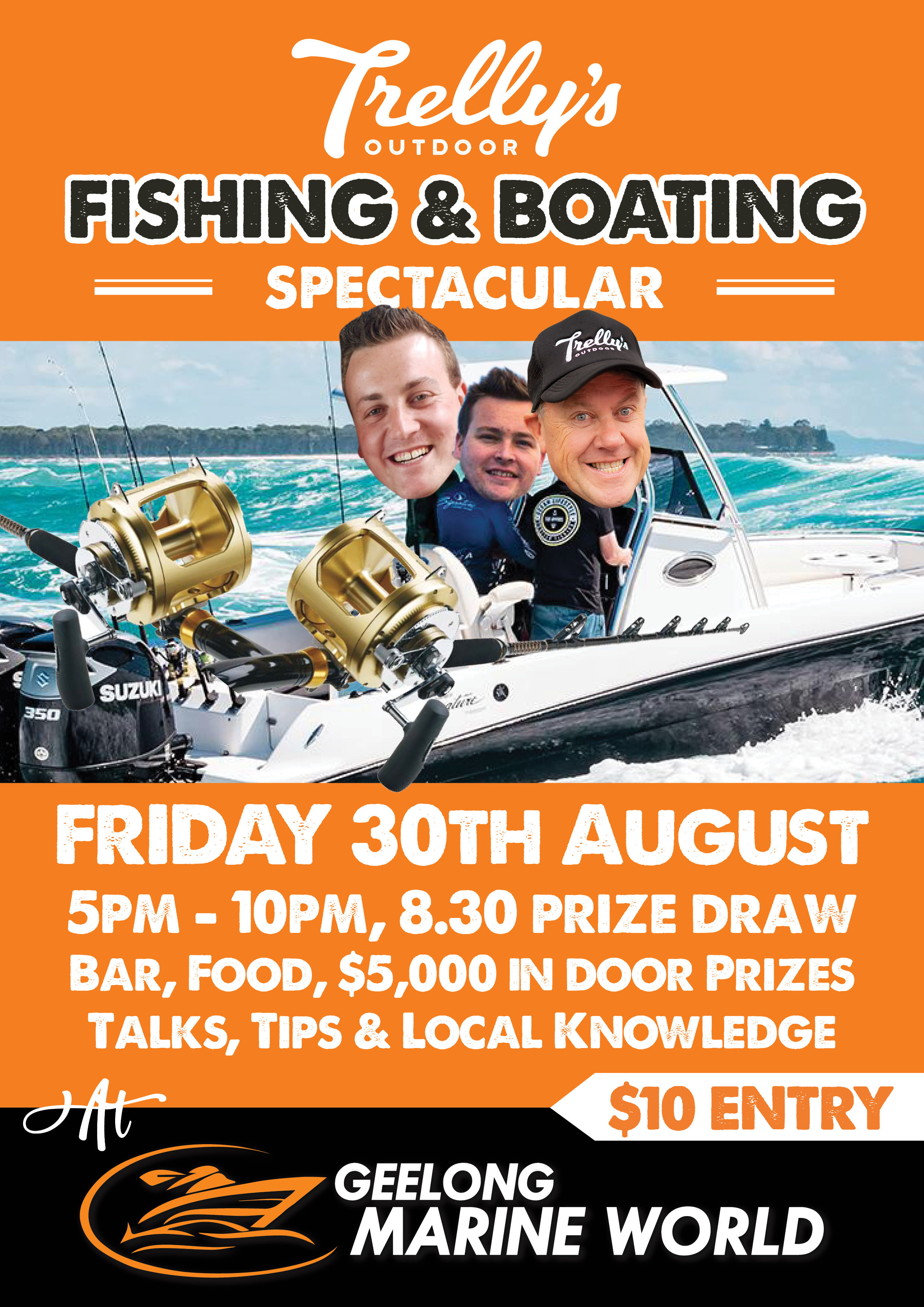 The river has returned back to a standard flow but is yet to clear up. We have however been seeing some more Crays getting caught around Nagambie, between the wineries and the caravan park have been going well with most being pulled out of the deeper water in the middle of the river. Fishing the banks of the Goulburn has been hard to access because of the ground being wet due to recent rain and the river dropping. The best method at the moment has been bait fishing with scrubbies or using lures that stand out in the murky water like Balista Dyno 90s

Fishing around the area has been quiet with most anglers hiding from the horrible weather we’ve had over the weekend.
Waranga basin is still a good spot to target and we’re hearing a few reports of Redfin being taken trolling in depths of around 4.5m and dropping down baits like worms and small soft plastics.
The irrigation season is about to kick off within the next week, so all the channels are filling up and the fishing is picking up, spots to try are the Catternach Channel just off the Nagambie/Murchison back road with gold 3 to 4 inch soft plastics and pink Tassie Devils, you are in with a good chance of Salmon and Trout, the Salmon are generally around the 60cm mark, another hot spot at this time of the year is the same Channel down Channel Inlet road near Rushworth, walk towards the basin and fish downstream of the Drop Bar, same method will result in some good Trout.

Mulwala is still a great spot to target, however it has been fishing a little tough with most people putting in lots of hours for that fish of a lifetime. Although there have been less caught the size has been through the roof with most fish coming in over the metre mark. Gantarels and big soft plastics have been working well on the cast when retrieved REALLY slowly to entice a bite. If you’re not too keen on casting all day bait has also been working with some great fish being caught on yabbies over the last week.

We’re still seeing a rise in the lake and with recent heavy rains there should be heaps of bugs and critters getting washed into the lake off of surrounding hills. If you’re after some big trout or monster cod Eildon is a good spot to target at the moment. Trout have been found in the main arm and big river arms trolling tassies and small hardbodies. There have been more reports of some big cod taken out of Eildon down around Jews Creek and Big River arm. The stand out method has been casting big plastics like 8” Magdrafts, letting them sink down and retrieving them slowly along to bottom.
‘