The Bellarine Peninsula has still been very productive for anglers chasing a feed of Calamari over the past week. Casting size 3.0 Squid jigs in 3.5m of water over weed beds has been producing great results. Clifton Springs through to Swan bay have been the standout locations. The Queenscliff Bight has been a bit a little patchy but over the next few weeks the fishing there should really fire up.


The Gummy Shark fishing continues to be fishing very well along the Bellarine Peninsula. St Leonards once again holding large numbers around 5-10kg in size and Queenscliff producing that better size class. Clifton Springs has also had a few reports of guys getting Gummy Sharks. Having fresh bait is a massive game changer when fishing for sharks so it pays to put the time in and catch some fresh bait like Squid, Salmon and Pike.

Keeping on the topic of Sharks it’s hard to go past the fishing offshore lately for them. Once again fishing off the reefs in 35m of water between Port Phillip Heads and Torquay being the hot spots. Fishing out from Apollo Bay, Bruce Munro managed to boat 2 ripper School Sharks weighing in at 24 and 17kg. Both Fish were caught on freshly caught Mullet.
Portland is still producing Barrel Tuna for the keen angler. Trolling 10” skirted lures and diving lures has been by far the most popular and most post productive way to target them. Just behind ‘the rock’ and through to Cape Bridgewater are the areas that are well worth the look at. Redbait pattern lures are producing the majority of fish however be sure to have a variety of colours to match the baitfish the Tuna are feeding.

The fishing in the Barwon River has been nothing short of spectacular. The ‘Sheep wash’ and Barwon Head’s boat ramp have been the stand out locations. With common captures of Salmon, Trevally, Mullet, Bream and tailor have kept anglers guessing with a mixed bag of species with even the odd mulloway lurking. Sam Pitman and Tyson Heaton-Lansley had a ripper session Sunday afternoon. The pair managed a great haul of Silver Trevally fishing with live bass yabbies pumped earlier that day. 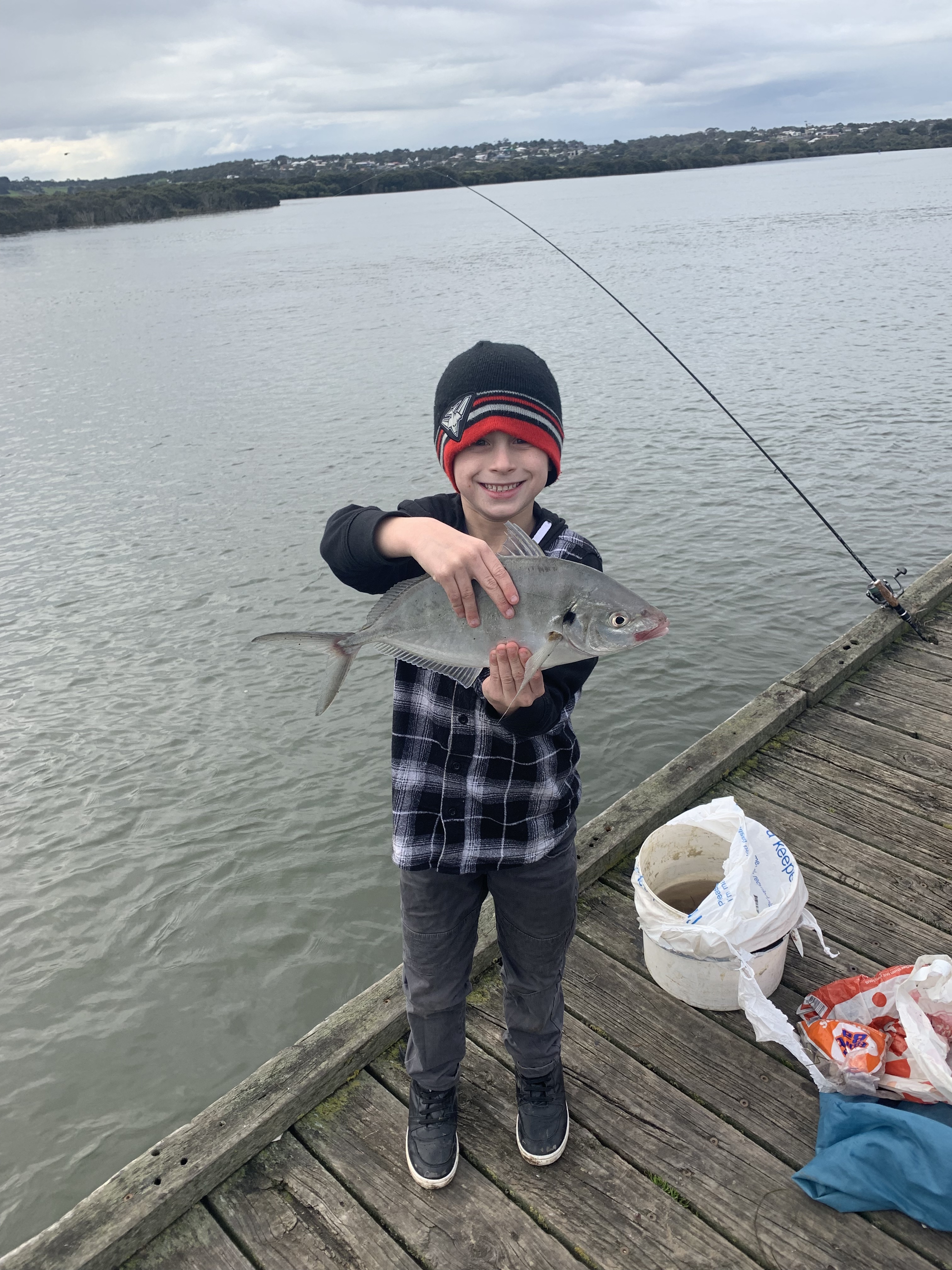 If you’re after a session on Trout then Moorabool Reservoir is the location to head down to. Although the fishing has been on and off persistent anglers are pulling out some great fish. Soft plastics and bigger spinners have been the most productive lures with un-weighted scrub worms proving very effective.

The Goulburn River around Shepparton is starting to return to a good level and as a result we should see the fishing around the area pick up over the next week. Crayfish are still out and about and those who put in the time and can find some slow flowing water should be able to get their bag. Nagambie and Murchison have been the most consistent locations for people hoping to land a feed of crays.

We are still getting a few good reports from Waranga basin of Redfin being caught trolling small hardbodies like Rapala X-rap Shads until they locate a school. Once a good group of fish has been found it’s always a great idea to anchor up on them and throw down some soft plastics and bait such as worms and small yabbies. The best part of the basin has been on the north west side between the yacht club and the wall.
Victoria Lake has been a good spot to target with trout being caught on worms and powerbait fished about 30cm under a float. Casting small shallow diving lures and working them just above the weed has also been a good method for targeting the stocked trout in the lake.

Mulwala has been tough work but we are still seeing plenty more great fish taken on the cast. Big swimbaits are the go to for anglers throughout the day but don’t forget about the humble spinnerbait. Work your lures as slow as possible and give them a pause as you’re entering the common strike zones. Around dusk and dawn, bring out the surface lures like a Jackall Pompadour or Koolabung Cod Cracker and give them a red hot shot to try and entice a surface strike.

Lake Eildon has definitely come into play for a lot of people who are making the trip over. Plenty of good sized cod have been caught there over the last couple of weeks. Big swimbaits like Gigantarels and big soft plastics like an 8” Megabass Magdraft have been the go to for people wishing to catch these world class fish. The best sections to target have been the Delatite arm and Big River arm.
We’ve been seeing a few more reports of good sized trout being caught trolling tassie devils and small hard bodies. Fish to 60cm have been caught with many more fish around 40cm being taken while trolling areas like up near Bonnie Doon and the entrance of the Delatite arm.
Share Share on Facebook Tweet Tweet on Twitter Pin it Pin on Pinterest
Trellys Victorian Fishing Report
Loading