This week saw the grammar school become a hot spot for everything from flathead to snapper, fishing the channel while drifting produced flathead to 50cm on both bluebait and soft plastics while one angler reports fishing deeper in to the lagoon and catching multiple snapper to around 5kg. Fishing as light as possible using fresh bait is the key to success on the inner harbour winter snapper. The Geelong waterfront still held the odd pinkie snapper and flathead but the last week or so has seen the arrival of snotty trevalla. The best way to target them is with a small piece of chicken or prawn suspended under a light waggler float with light line as they can be very subtle biters. They can also be targeted using soft plastics like 2 inch grubs with ultra light jigheads where possible, Cunningham pier and the Geelong yacht clubs are hot spots for snotty trevalla.

Dom and Daryl boated some nice sized Gummy Shark last Sunday along with a healthy bag of flathead. 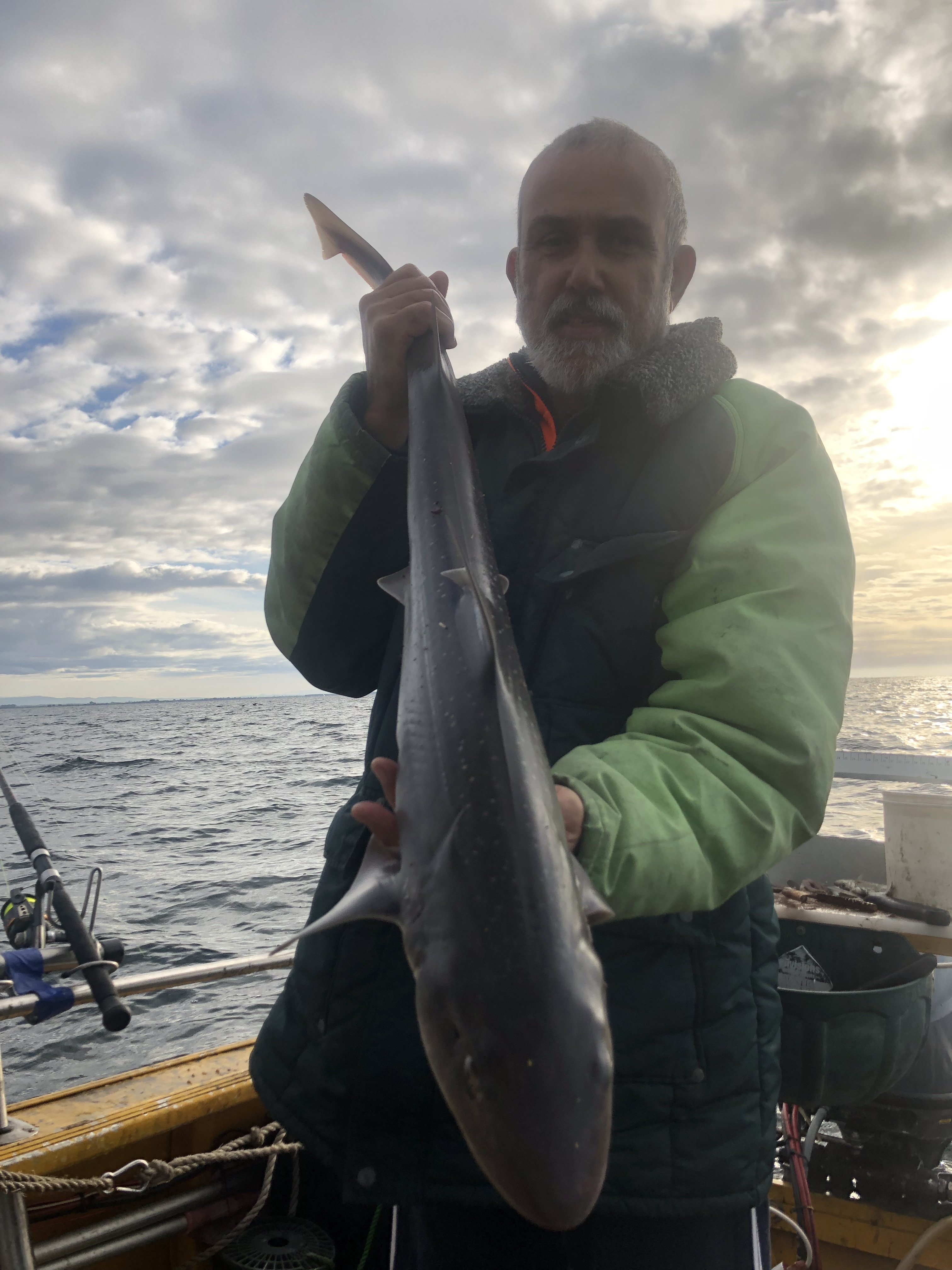 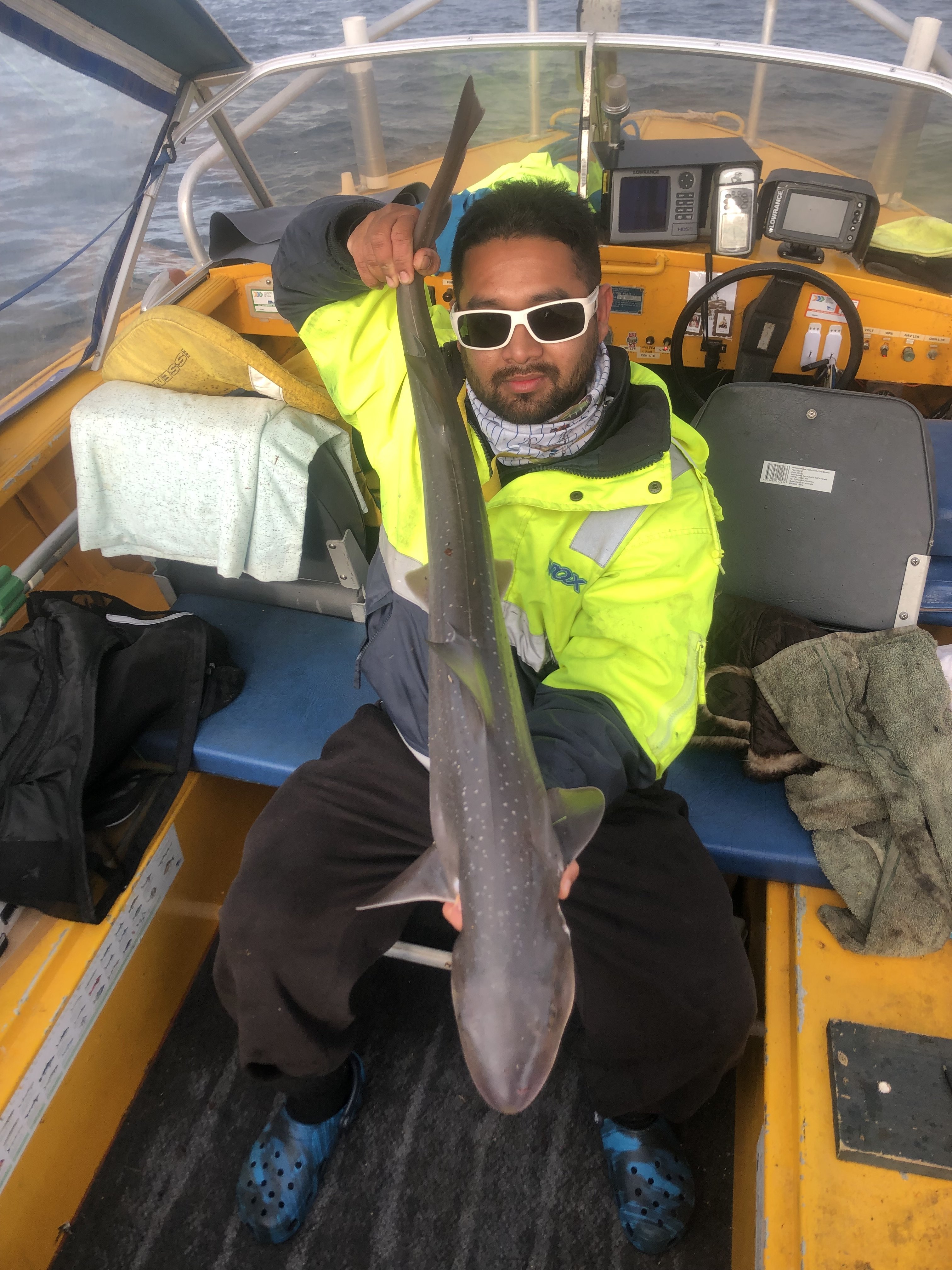 Gummy sharks are always a good winter option with reports of them being caught at Jan Juc surf beach and thirteenth beach, one angler also reported catching a number of quality gummy shark off the end of swan bay jetty over a few nights of fishing.

Fishing land based at the mouth of the Barwon river estuary produced Australian Salmon for anglers casting plastics and metal lures, fishing around the low tide will allow you to wade right out to the edge of the channel on either side of the river. Salmon were also caught from surf beaches and rock ledges right along the Great Ocean Road.

School tuna at Portland was big news this week as Shane Jones from Trelly’s Shepparton discovered over the weekend. Fishing between the lighthouse and Cape Bridgewater, they had a hot session on school tuna where they bagged out and caught and released many more. Shane reports there being fish everywhere with fish busting up and birds diving, all their fish were caught on skirted lures around 5 inches with every colour they tried catching fish. 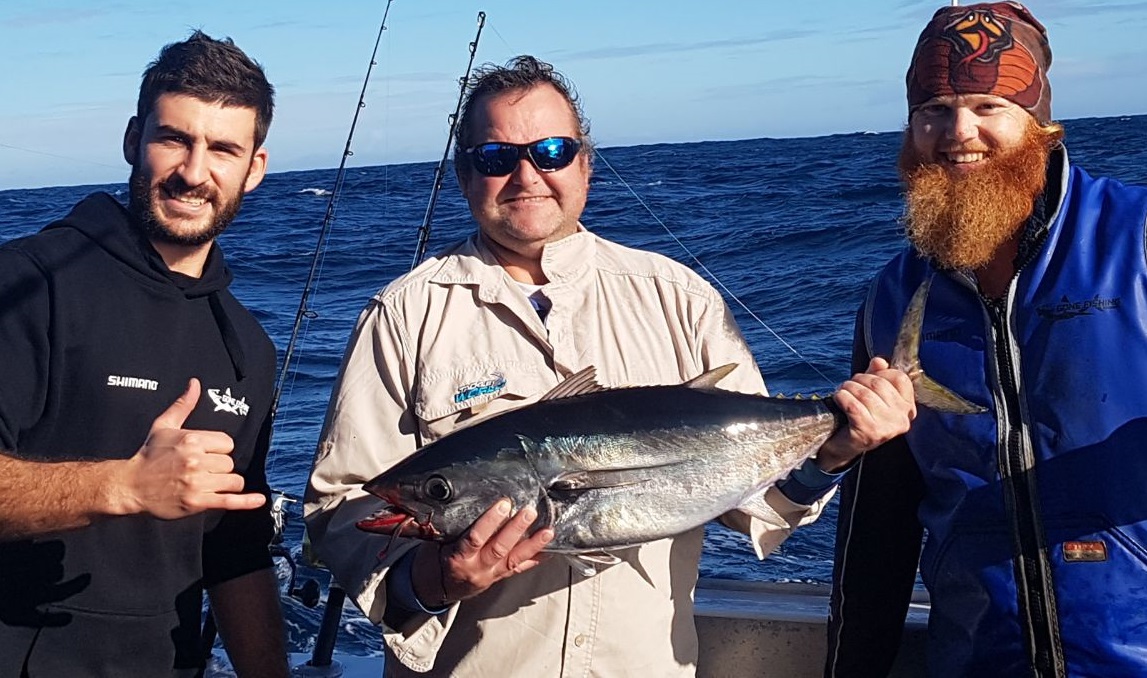 The fishing has certainly slowed but with the first severe frosts of winter settling in this week you will be in with a good chance of catching a big cod. A great option at this time of year is to cast or troll large profile lures such as the Jackall Giganteral, Gangster Lures Hoodlum and the new Bassman Aussie Crawler on a super slow retrieve tight to structure.

Bait fishos are continuing to have a little luck, with a few reports of Yellowbelly being caught on worms in both the Loddon and Campaspe systems.

Fish deep!!! The Redfin and trout have moved down deep and those fishing around the 10+ meter mark are still finding a good number of large Redfin up to 50cm.
Using ice jig, bobbers and running extra deep diving lures or a downrigger will get you in the catch zone.

The Crays are going really well around Nagambie, anywhere from the Wineries to the Caravan Park, the deeper water in the middle of the River is the best, check your nets every 30 to 45 minutes. Same as for below the Weir, plenty of Crays around Murchison and Toolamba, mainly during the night. A bonus is the fishing has picked up a bit, some good Cod on Surface Lures and Cod and Yellowbelly on baits such as Scrubworms, Yabbies and Cheese. The Toolamba area has been the standout at the moment. A few Crays around Undera to McCoys Bridge, and some nice Cod, not huge numbers, but bigger fish at the moment, baits such as Cheese and Chicken the best, but surface lures working well just before dark.

We had some good reports this week from the Murray, things have started to pick up, the River is low and clear and some really big Cod have been caught off the surface in most areas. For the die hard Cod fisho’s, when the River is like this, it can produce some cracker fish, and mainly on surface lures such as Koolabung Cod Crackers, Jackall Pompadours and Zerek Stalkers, bigger the better for the monster fish. The Narrows, Bearii, Cobram to Yarrawonga the standout at the moment, Bunderlong and up the Ovens has been a little hit and miss, but the Crays have been good after dark, so not a bad consolation prize. Lake Mulwala has been good, with plenty of Cod over a metre in the last week on surface lures, Swimbaits have probably been the standout in the shallows or chin weighting Jackall Gantrels and Giganarels in the deeper water, remeber to do everything REALLY SLOW, if you think your winding slow, then wind SLOWER. Drain lane and the Everglade area’s the best at the moment.