Sam Pitman and Jimmy Syrigis headed out during the week in search of gummy shark and managed a pair of quality sharks with the biggest going 17kg. While fishing out from St.Leonards at first light, they used squid and slimy mackerel as bait. 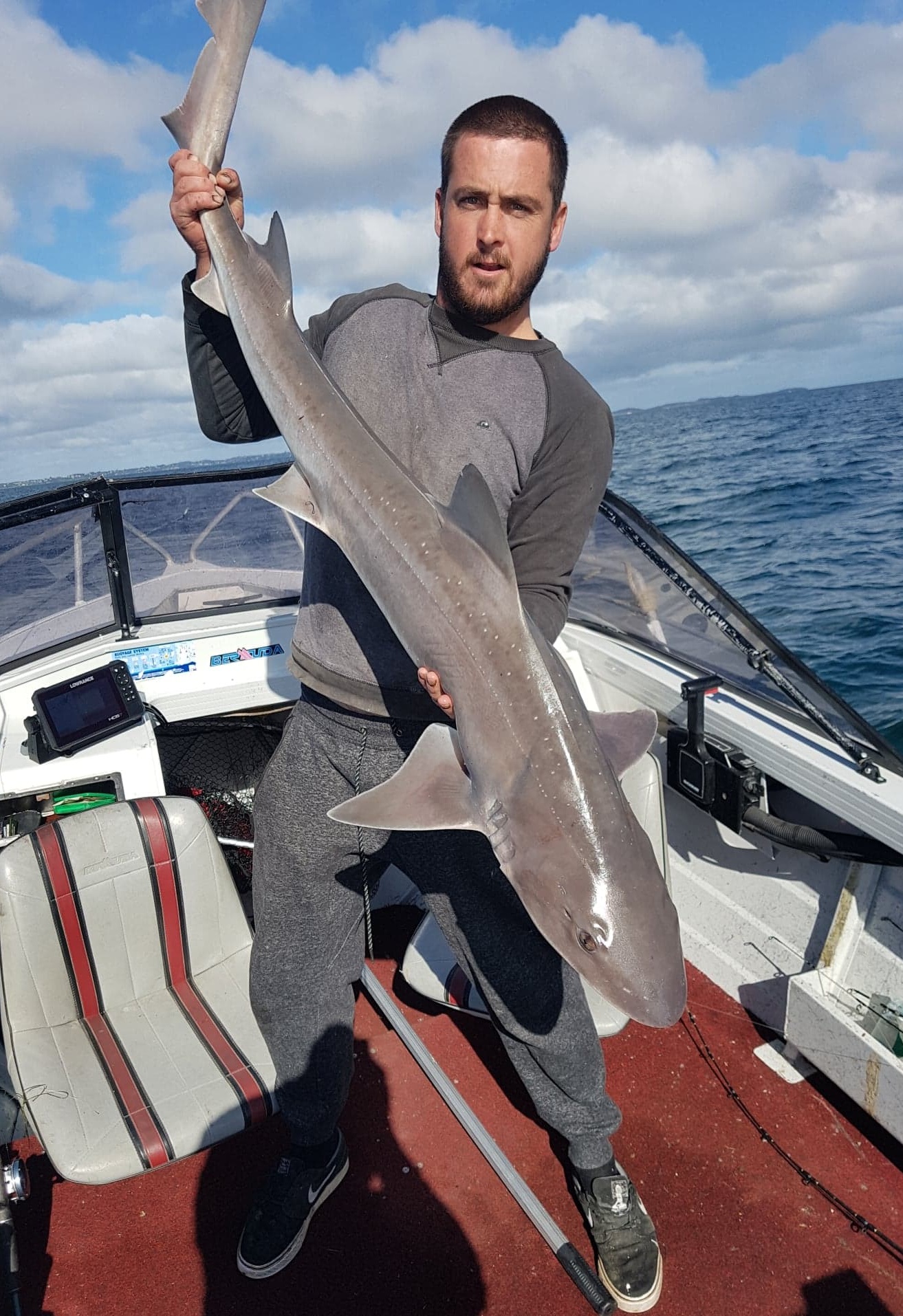 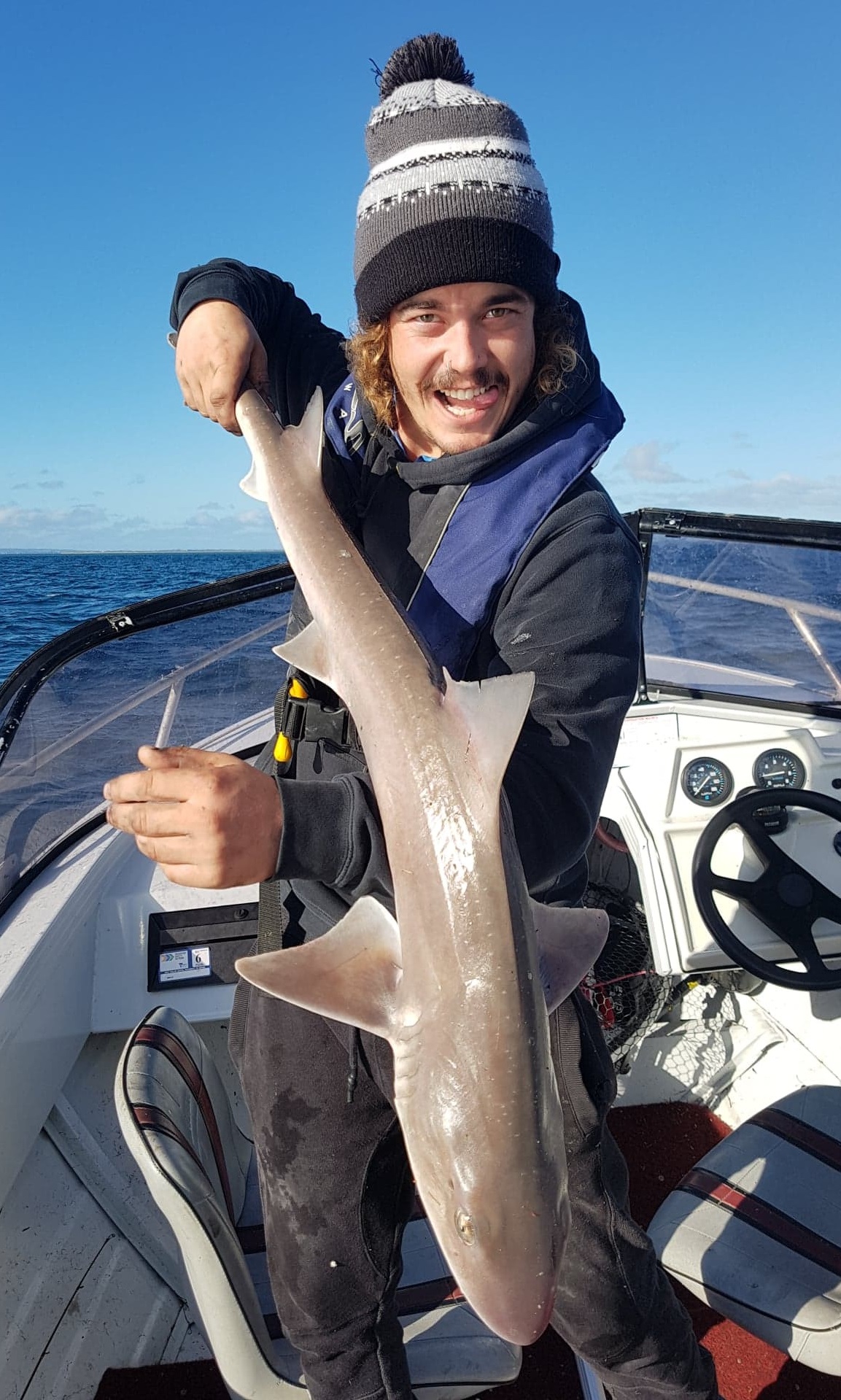 Gummy shark were also a popular target fish off shore with Barwon Heads producing sharks in around 40 meters of water.

The pinkies and flathead continued to bite this week at eastern beach with boat anglers finding good numbers of fish between the eastern beach promenade and the Geelong yacht club. Fishing in 3 meters of water anglers caught fish on both soft plastics and bluebait, pinkies up to 50cm can be expected as well as flathead and bream in the same area.

The Grammar School Lagoon provided great flathead fishing with one angler reporting a dozen fish caught to 55cm while using bluebait at anchor, the Lagoon is also worth considering for kayak anglers and smaller boats as it can provide some cover from wind compared to the rest of the bay.
The Queesncliff boat harbour and ‘the cut’ are back on the radar this week with silver trevally and salmon on the bite. Fishing a high tide with soft plastics produced good bags of fish with some anglers reporting having better luck after dark.

Portland offered school and barrel tuna as well as dolphin fish. Fishing off the shelf in particular around the ‘horse shoe’ saw dolphin fish and school tuna caught on small skirted lures while the bigger tuna were typically caught closer to shore in around 50 meters of water, also taking skirted lures around 9 inches with redbait colour being a favourite. Port Fairy also hosted great tuna fishing mostly for school fish.

With Go Fish Nagambie on over ANZAC weekend, it gave us a fair idea on how the area is fishing of late, and it is really hard work, but one thing that it proved is that you are always in with a chance of a good fish no matter what the conditions are like, over all there was some great fish caught, over 1000 in fact and quite a few Cod in the 70 to 95cm mark and of course the 109cm $80,000 dollar fish which was caught on a Black and Red Bassman Spinnerbait, Yellaman Series. Staff member Shane fished with his 6yo Daughter Payton and Payton caught and released a nice Catfish in the Nagambie Lake on Worms, unfortunately not part of the comp, but gave a great account for itself. Another positive from the Comp was the amount of Fisho's accidentally catching Crays up around the Wineries, which is looking really good as the Cray season opens in a few weeks. Below the Weir through Murchison, Shepparton to Undera looks great, not flowing too quick, and clear and we are getting some reports of some nice Cod on Hardbodies such as Whitecrow and Old Mate lures, surface fishing should start to pick up over the next few months. 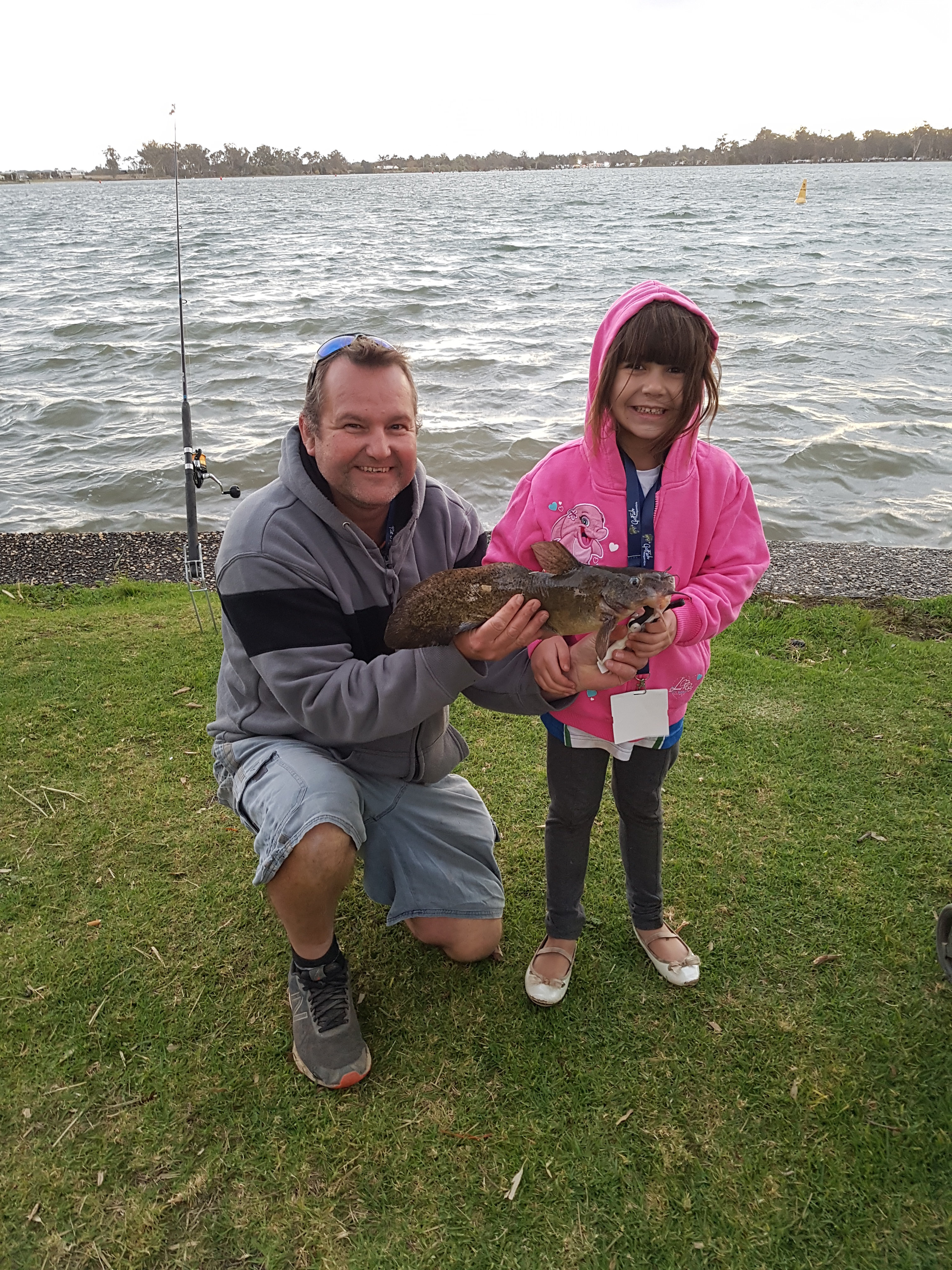 The Goulburn River around Thornton offered easy access to the rivers edge where trout to over 1kg can be expected. Casting lures like the Rapala F7 or Atomic jerk minnow has been quite effective on both rainbow and brown trout while only a short drive from there the Eildon pondage produced trout on Powerbait.

Waranga Basin still has a Blue Green Algae alert current, so we don't have any information on how it is fishing. There is still a few Redfin being caught in most of the Main Channels in the region, small Yabbies, Worms and Hogback style lures working the best. Lake Victoria is fishing ok for Trout and Redfin, Celta Spinners, 3 inch soft plastics and some Powerbait under a float the best method and focus along the Western side of the Lake. Still some nice Cod in the Main Eastern Channel towards Kialla to Wahring Station, Cheese and Big Yabbies the best bait, and Bassman Spinnerbaits, Codman Series in White or Purple working well also, the Irrigation Season finishes on the 15th May, so most of the channels with start to drop and not flow at all, so fishing these will drop off.

Bearii to Yarrawonga and Lake Mulwala are the standouts at the moment, and as the River drops, it's only going to get better over the next few months. Surface fishing is really firing, Cod Crackers and the Coddog surface lures are still catching plenty of metre plus fish, one at Bearii caught by Will went over 130cm off the bank, numbers of fish will slow down, but the size will get better. Justin from Geelong has been getting some good fish around Turrumbary on White Crow and Coddog divers, most fish around 65 to 70cm with the occasional 80cm plus amongst them, he hasn't cracked the metre so far this season, I'm sure it will happen. 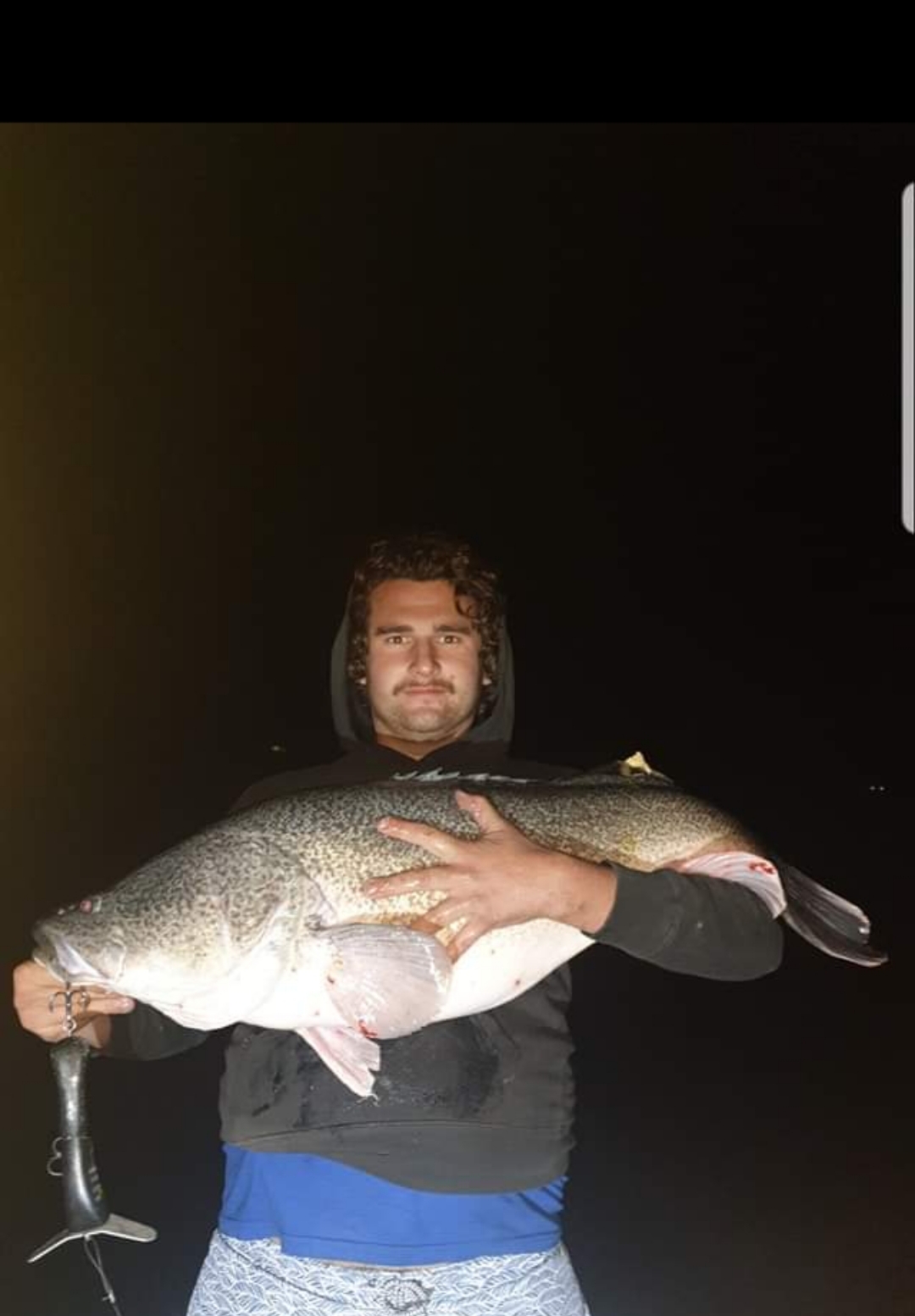