This past week has seen a fantastic run of snapper being caught over the Alcoa spoil grounds. Owen Westwell and Peri Stavropoulos fished during the week in 6 meters of water and while drifting and casting soft plastics, they had a session to remember boating dozens of fish to 5kg. They also managed flathead, King George whiting and big pike as by-catch. 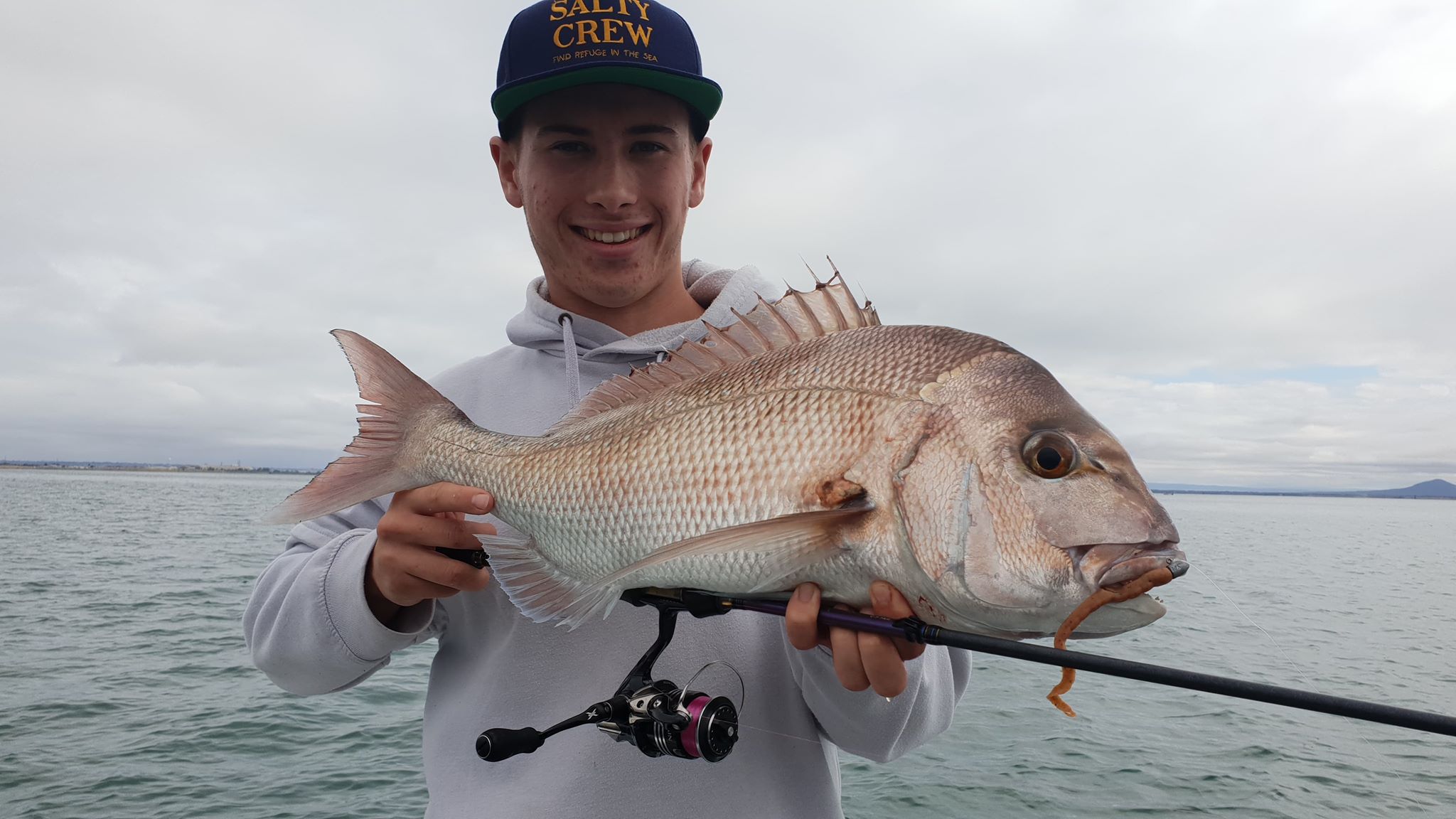 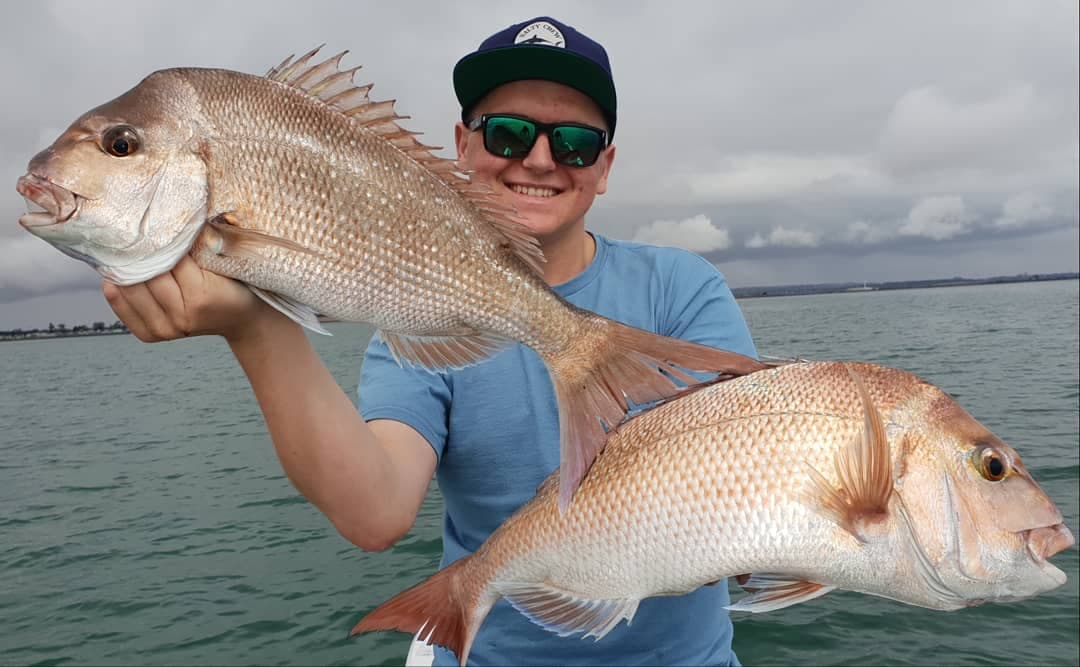 Only a few hundred meters from the boat ramp, Clifton Springs turned on some of the best squid fishing seen in a while with some anglers bagging out in under an hour. Fishing over weed beds and near the broken piers in 2-2.5 meters of water most squid were caught using size 3 squid jigs in the popular plain white/pearl colour.

Larger whiting approaching 40cm have been reported from Queenscliff, St.Leonards and Indented Heads. The sand patches in the close to shore weed beds has seen the bigger fish caught, while Burke Street has been producing great numbers of legal sized whiting. The next few months should see the whiting really fire up, good luck finding a car park! Also, there have been a few reports of large snapper to 6kg caught in the deeper water to 20m and gummies are still coming out of the Simmonds Channel.

The Barwon River estuary from the Barwon Heads boat ramp up to the Thunderbolt area has produced mulloway, silver trevally and bream to those fishing over a slack tide. Using bass yabbies or pistol shrimp is a sure way to entice silver trevally, bream and estuary perch with a light running sinker rig and those specifically targeting mulloway will find success using salmon and mullet as live bait. With Easter approaching elephant fish will be making their annual spawning migration up the river which results in locals and tourists getting quite an interesting by-catch. These can be targeted using running sinker rigs, size 4 long shanks and some tenderized squid or pippie. Fishing the deeper holes from Sheepwash to the lake on the incoming tide tends to result in good numbers and remember there is a bag limit of 1 per person. 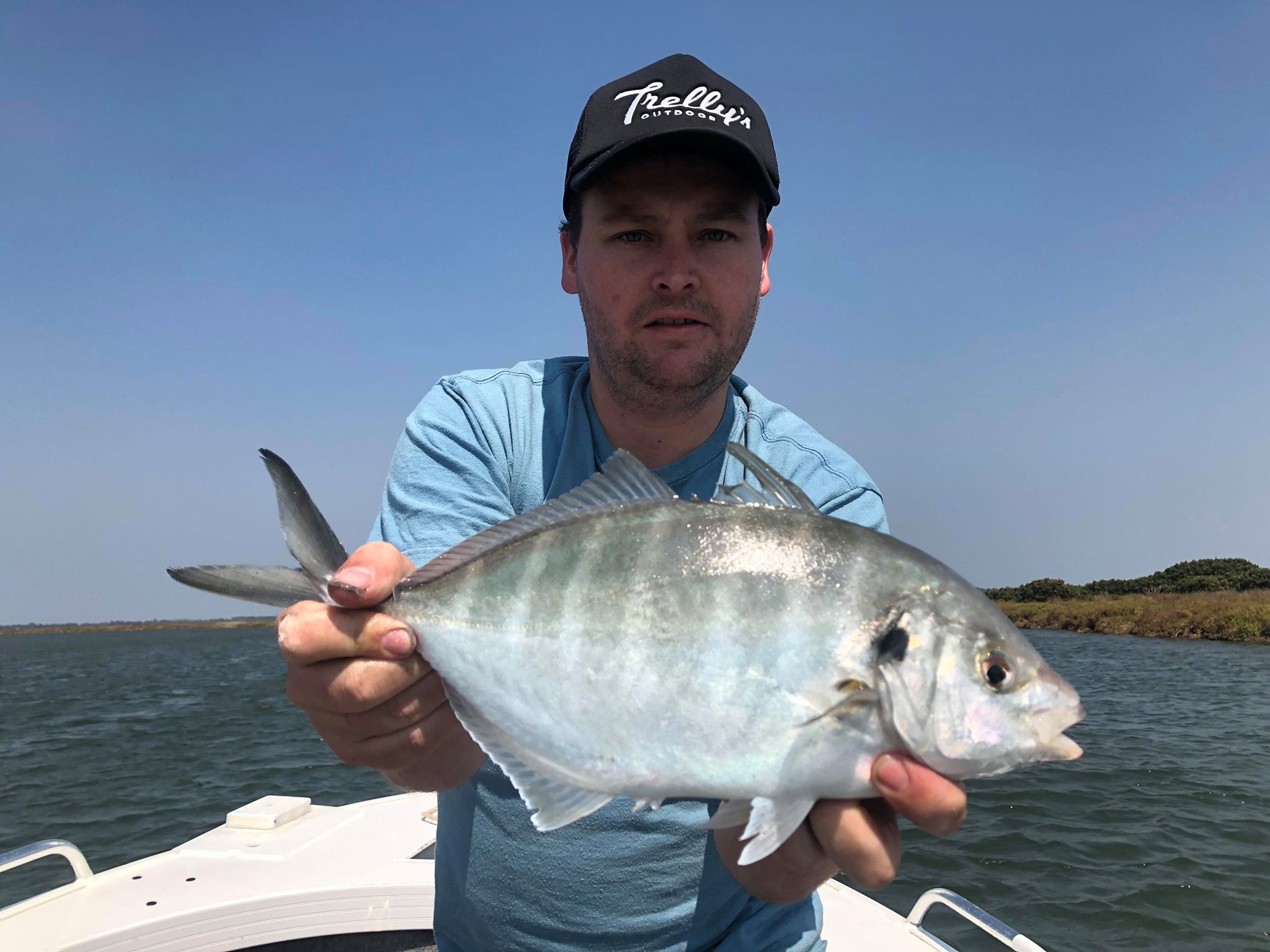 School tuna were present throughout the Rip and offshore Point Lonsdale all the way to Lorne. In the Rip, trolling rubber squid on a down rigger saw tuna to 15kg caught while offshore they were spotted herding baitfish near the surface, casting small stick bait lures like the Bassday Bungy Cast and the Megabass X-Bladz in any silver or blue bait fish colour did the job.

Wurdibuloc Reservoir near Moriac produced similar results for anglers casting metal spoons at first light with fish to over 40cm being banked.

The Barwon River through Belmont and up to Buckley Falls saw carp to 5kg caught from the bank using sweet corn as bait and creamed corn as berley . Some productive locations are under Moorabool Street Bridge, the end of West Fyans Street in Newtown and the fishing platforms near the one way bridge at Queens Park.

A few nice sized Cod being caught around Mitcheltown Winery on Bassman Spinnerbaits, casting to the bank on the edge of the deep drop offs, letting it sink to the bottom, then a very slow retrieval. We haven't had too many reports this week from Kirwans Bridge area, but should be still fishing well. The River looked great at the start of the long weekend, dropped and slowed a lot and was fishing really well with lures, by Monday the river started to rise and speed up making lure fishing hard, however still plenty of Cod and Yellowbelly being caught on baits such as Shrimp, Bardi Grubs and Scrubworms between Murchison to Toolamba and Arcadia to Shepparton being the best places to fish.

Waranga Basin still has the blue green algae warning up, so stay clear of the Basin and the Main Western, 7, 8, and 9 channels at the moment, some alternatives are Green Lake near Corop, with plenty of Redfin using the same techniques as the Basin and the occasional Yellowbelly at Greens also, and the Catternach, Stuart-Murray, 4, 5, and 6 channels are fishing well for Redfin on small Yabbies, Worms and Hogback Style lures. Still plenty of Cod being caught in the Main Eastern Channel on Cheese and Bardi Grubs, with fish over 70cm not uncommon.

We have had some great reports from the creek lately and good sized Cod also, The Trelly's (pic) headed there for a night and got a nice 72cm Cod on a big bunch of Shrimp, we also had a customer getting plenty of 55cm to 65cm Cod on Cheese and also reports missing a much bigger model.

Staff member Shane and mates Nathan and Liam headed to the Ovens at Peechelba over the weekend catching plenty of Trout Cod and Murray Cod between 45cm to 60cm, mostly on Bassman 4X4 orange with orange blades, 4D white with white double colorado blades, Spinnerbaits and 1 on a Surface lure and a few on Bardi Grubs and Scrubworms being the standout bait. "... the Ovens is a very underrated fishery, pretty much every snag we fished with Spinnerbaits, we landed 1 to 3 fish, if we had Kayaks, we would have tripled our catch as we could have fished more snags."

Shop regular Graham Sylvester has done it again, catching a massive 117cm Cod (pic) on Cheese in The Murray River at Cobram, the fish had a recognizable rip in its jaw, turns out it was caught December 2017 in the same spot by another angler and had unfortunately sustained some damage during its capture, the wound had healed well and the Cod was in great condition, the fish had not grown in the last 15 months. 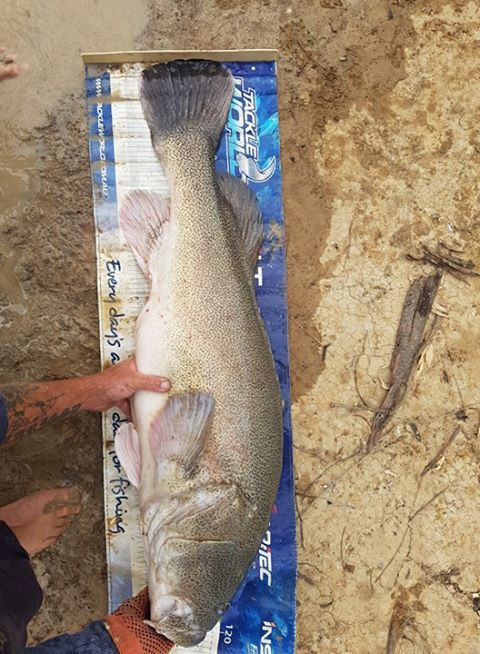