This week saw some fantastic fishing had right across the region. The bay produced the goods with land based anglers finding good size pinkies holding around structure and willing to attack turtle back worms, fishing the same structure also produced bream when fishing with yabbies as bait. Snotty trevally were also caught right along the waterfront with Cunningham pier always a hot spot when using chicken under a small floater.

The odd snapper was again caught when fishing the edge of the channel around turn out from Clifton springs, as the weather improves and water starts to warm we can only expect the snapper fishing to improve.

The excellent squid fishing has continued along the Bellarine peninsula with reported bag limit captures from Clifton Springs right around to Queenscliff. White Jigs in size 3-3.5 seem to be a favourite at the moment.

Down at Apollo Bay and after a month or so of unfishable conditions, its great news to hear of barrel tuna being caught in excess of 120kg out off cape Otway with X-rap 30s and skirted lures a go-to choice. Other reports suggest they’re also being caught further around the coast off Peterborough.

Freshwater fishing has been great with a very successful trout season opening. Anglers flocked to rivers and streams right across the state with our local Otway streams producing the goods for Peri Stavropoulos of Trelly’s Geelong and mate, Jamie Marsh. They fished a number of streams around Apollo bay and managed around a dozen fish for the day with many more either spitting the hooks or following the lure to the bank. They found casting small, shallow diving minnow lures worked well.

Lake Purrumbete is back on the radar this week with trout to 9lb caught. Tim Beusmans was amongst the few that caught big fish last week with a healthy 7lb brown trout. Trolling Tassie Devils around the eastern margins of the lake at first light then down rigging in deeper water later in the morning is an effective method of producing the big fish. Redfin are always a consolation prize and are commonly caught as by catch or can be specifically targeted with scrub worms or yabbies dropped into the thick schools of fish once located. 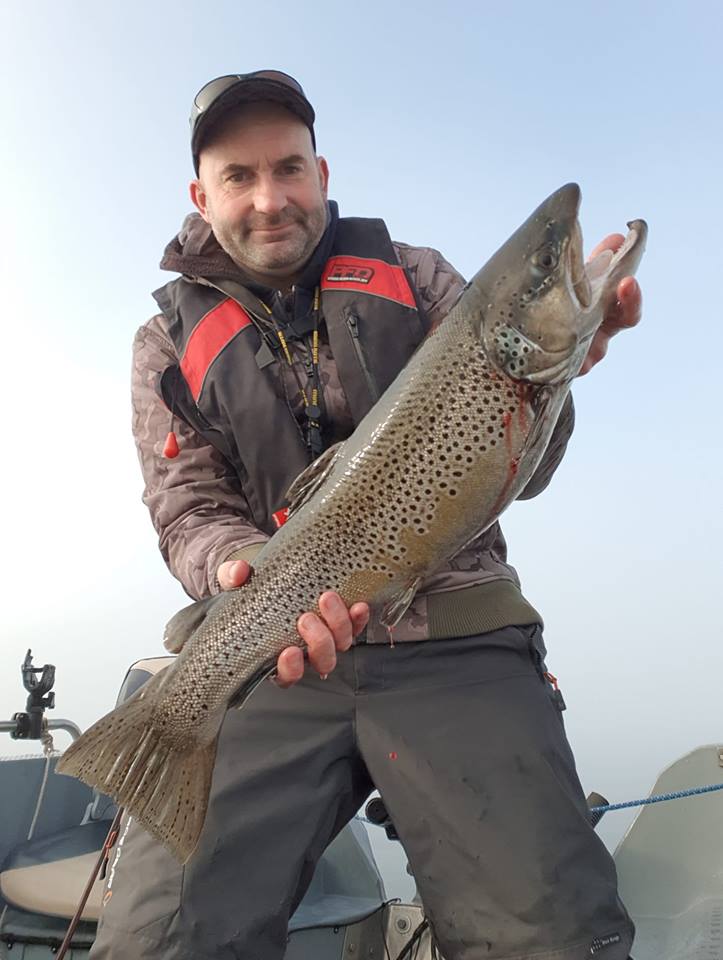 There has been some nice Trout around Goulburn Park in Seymour on Tassie Devils in colour 55 and 63 and Rooster Tail Spinners in the Rainbow Trout colour, some Redfin towards Nagambie fro9m Mitcheltown Bridge to the Lake, trolling small Deep Divers such as Crazy Deep RMG's and Size 3 Stumpjumpers along the edge of the River or walking along the boardwalk with a Hogback style spinner or 3 to 4 inch soft plastics the best way, small Yabbies and Worms working well also. Below the Weir is at a good height, but looks really dirty and seems to be a little too cold for the Yellowbelly at this stage, with the warmer week coming up and not much rain forecast, the River should clear up a bit and warm up a couple of degrees and I suspect the Yellowbelly will start to move, Murchison to Toolamba would be my first stops, and Purple Spinnerbaits and small Chatterbaits would be my lures of choice.

Waranga Basin is fishing well when the wind allows you to fish it, trolling small Hardbodies, find the fish, then Ice Jigs or Soft Plastics doing the damage, it seems anything with a bit of red on it, works well, not huge numbers yet, but worth a shot. All the Outlet Channels are fishing really well, no reports of Yellowbelly at Middle Road yet, but good numbers of Redfin on small Yabbie, Worms, and Soft Plastics. The Redfin in the main channels are average size, but if you try the Spurs off the mains, that's where the 40cm plus sized fish are being caught.`

With the Trout opening festival being very successful, plenty of big Trout being caught in the Pondage and the Lake, it's shaping up to be a great next few months. The exciting thing about Lake Eildon is the high possibility of catching a mixed bag of Redfin, Yellowbelly, Trout, Salmon and Murray Cod, and with Anglers targeting Cod with bigger lures and catching big Trout, I would expect to see some absolute horses come out of Lake Eildon over the next few months. Shepparton Local Mark Gibson has proved this catching a 71cm Trout on a Size 1 Stumpjumper intended for a Cod fishing the Goughs Bay area. Colby has sent me another great report, so here it is. 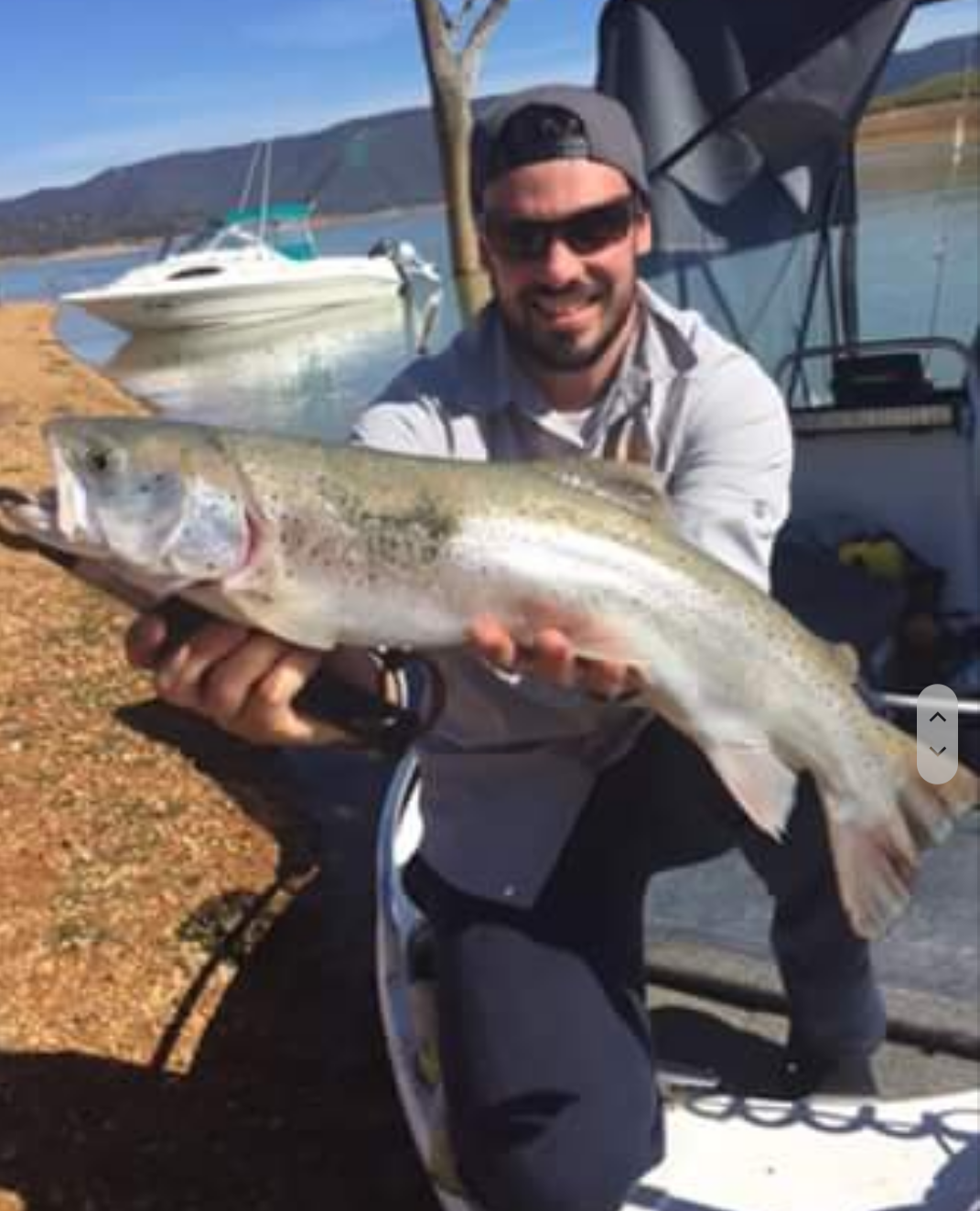 Hi Shane,
Over the last couple of weeks Eildon has definitely supplied some cracking trout. There has been numerous accounts of both brown and rainbow trout getting caught all over the lake, there all being caught on Tassie Devils, Daiwa Minnows, Rapala Maxrap’s and Size 3.5 Stumpjumpers. Trolling in the Goulburn Arm, Howqua Inlet and around Bonnie Doon have all been producing good amounts of fish. There has been a few big Murray Cod around, especially under the power lines near the wall and Goughs Bay, they’re being caught on bait ( scrubbies) and deep diving lures as well as AC Invaders, Stumpjumpers and Bassman Spinnerbaits.
That’s it for this week
Cheers Colby Croxford-Demasi 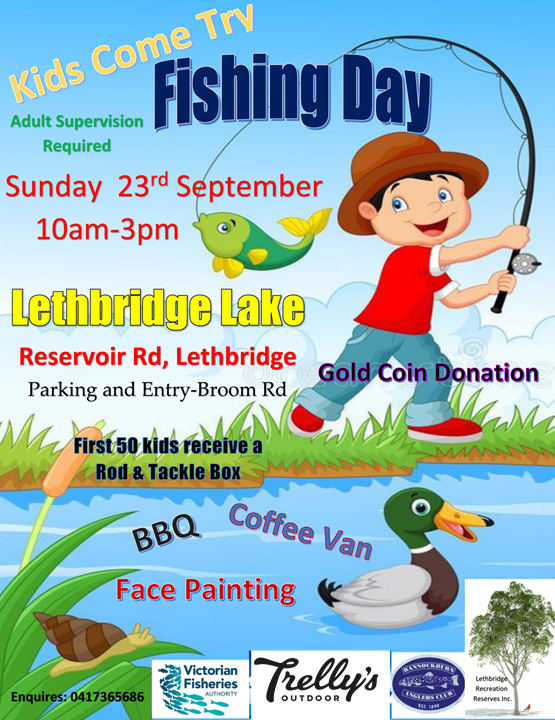