This week the grammar school lagoon made for a good fishing option considering the treacherous conditions we’ve experienced. The lagoon offers some protection from the wind and has fished well lately for a number of species including big winter snapper, flathead and bream.

The inner harbour, in particular land based, continued to produce bag limit captures of garfish at all the usual spots like boat ramps and small jetties with bream again making an appearance as well.

The Bellarine peninsula had good numbers of squid present and willing to attack jigs when conditions allowed boats to head out. The Queenscliff boat harbour remained a favourite location for soft plastic anglers chasing a silver trevally, fishing around either a high or low tide is preferred. Don’t forget to pack a squid jig as the harbour can often hold good squid too.

TAILOR!!!!! Heaps of tailor are being caught at the warmies at the moment with a lot of anglers doing well down there on either metals or weighted harbodies off the rocks. If you can fight through the crowds there is plenty of fun to be had catching these energetic little sport fish.

Still good numbers of squid around point cook weed beds. Yamashita sutter jigs in 3.0 in orange or pink have been working well. Pinkies are still being caught on the spoilt grounds between point cook and Williamstown with the average fish around the 35cm mark.

Heading west and the fishing around Warrnambool is on fire. Both the Merri and Hopkins rivers are fishing fantastically for big brown trout. These rivers are exempt from trout closed season and offer trophy fish right through winter. Bigger, shallow diving lures around 80-100mm have proven to be a winner. Don’t be discouraged by dirty water and cast into the top of pools, rapids and any bit of moving water where the fish will be lying in wait of an easy feed.

Anglers made the drive to Nelson to fish the Glenelg River for mulloway and were rewarded with good numbers of big fish. Fish in excess of the 60cm minimum limit were common with some fish well over 1 meter. Live mullet fished on the bottom was productive as well as dead baits like pilchard and squid. The bream fishing was also good and easily accessible to those without boats. Using prawn, worm or even just bread will produce bream from the boat ramp or anywhere along the bank near the kiosk.

Onto freshwater where Lake Bolac remained the hot spot for big rainbow trout. Using powerbait or the gulp salmon eggs in orange or yellow was a standout method of targeting the fish that are potentially 3kg.

Fishing from the wooden jetty at lake tooliorook near Lismore was also productive for fish or around 2kg
Out of town and Peri Stavropoulos from Trelly’s Geelong headed to Kingscliff in NSW with mates Fez and Josh. Fishing aboard Unleashed Sportfishing with Jason Hedges, they caught around 30 kingfish to 15kg and 2 amberjack around 30kg. 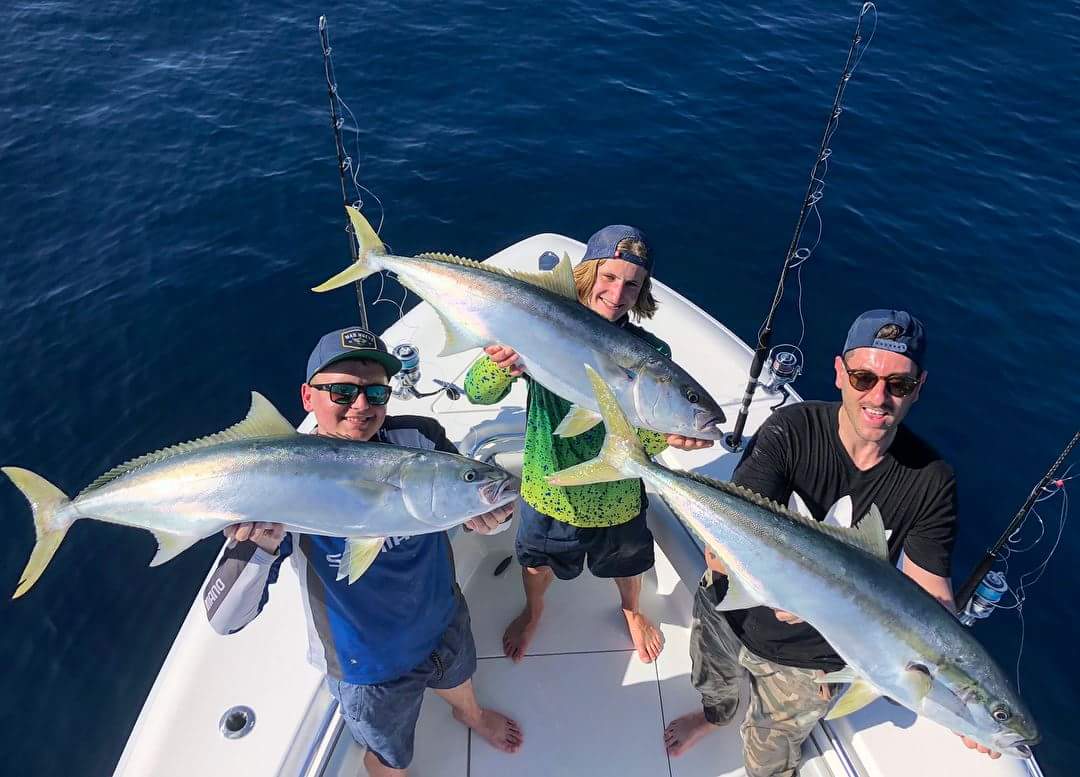 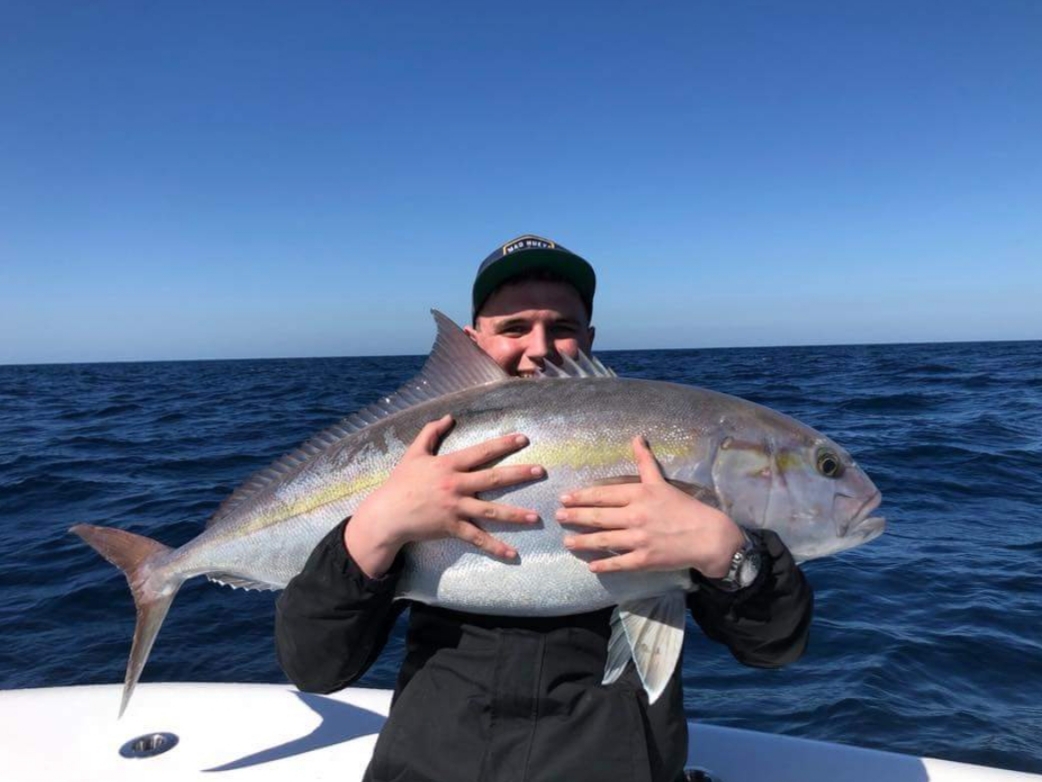 The River looks really good, however it has been fishing really bad, maybe due to the amount of flows, and the inconsistent water levels?, but I guess we need to keep trying, your always in with a chance. Area's to give a go would be Murchison East, Toolamba to Arcadia and Undera, and probably bait and bright coloured lures such as colour 9 Old Mate.

Good news is, all the channels are filling which means channels such as both the Stuart-Murray and Catternach Channels fish really well early for Atlantic Salmon to 65cm and Brown Trout, focus on the Drop Bars all the way from where the Channels comes out of  the Weir and right along to where they enter the Waranga Basin, Google Maps Earth will help you find Drop Bars and road access, Number 55 Tassie Devils (Pink), and natural coloured soft plastics are the best way to get them. Due to the amount of weed in Victoria Lake, Fly Fishing has been the best method to get the little Rainbow Trout, another way is to long cast Tassie Devils out past the weed. The Main Eastern Channel is full again, might be worth casting a few Bassman Spinnerbaits around the Euroa/Shepparton Road area and towards Invergorden for some Cod.

Still very hit and miss, surface fishing has been really quiet, most success has been Swimbaits and deep Divers, working them as slow as you can wind, not huge numbers of fish, but enough to keep you interested, pretty much the same for Lake Mulwala, I can't stress it enough, WORK YOUR LURES AS SLOW AS YOU CAN!

Lake Eildon has probably been the standout fishery for the last few weeks, most fisho's catching Cod and good numbers of Trout as well, best method is to Troll the drop off along the headland from Goughs Bay to Big River Arm and the Jews Creek area, troll a mixture of Size 1 Stumpjumpers, small RMG Poltergiest's and Tassie Devils for your chance of Cod, Yellowbelly, Redfin and Trout.