Bream have been prevalent across the Geelong waterfront this week with anglers landing fish from 30-40cm while fishing around boats and structure. Small yabbies and crabs have been stand out baits with some bream being taken on lures as well. Snotty trevalla are also present along the waterfront at the moment with Cunningham pier being a hot spot. Chicken as bait suspended under a float and cast in close to the pier is ideal. Following on from last week and garfish are still being caught throughout the bay on pippie and small bits of squid.

There is still the odd big snapper to be caught in the bay for those that are keen to fish after dark. Fish as light as possible as they can be finicky through winter, try fresh baits like garfish or squid and you’re in with a chance.

The Barwon River has continued to produce mulloway with some fish even being caught from the bank using lures, live baits like salmon and mullet are ideal with squid and even pilchards being good baits as well.

Queenscliff has been good for squid again this week, anglers fishing the pier had success with baited jigs using pilchard. They were in good numbers and size with some reports suggesting squid over 2kg, still at Queenscliff and the harbour has silver trevally and salmon on offer.

Off shore locally has seen fantastic captures of gummy shark and snapper exceeding 8kg. Fishing from the Barwon heads bluff through to Torquay, in particular the foul grounds, has been the most productive. Alikz and his father Elvio fished Saturday and managed a magnificent snapper caught on salmon, all fresh baits like salmon fillet and squid should produce while fishing at anchor or drifting. 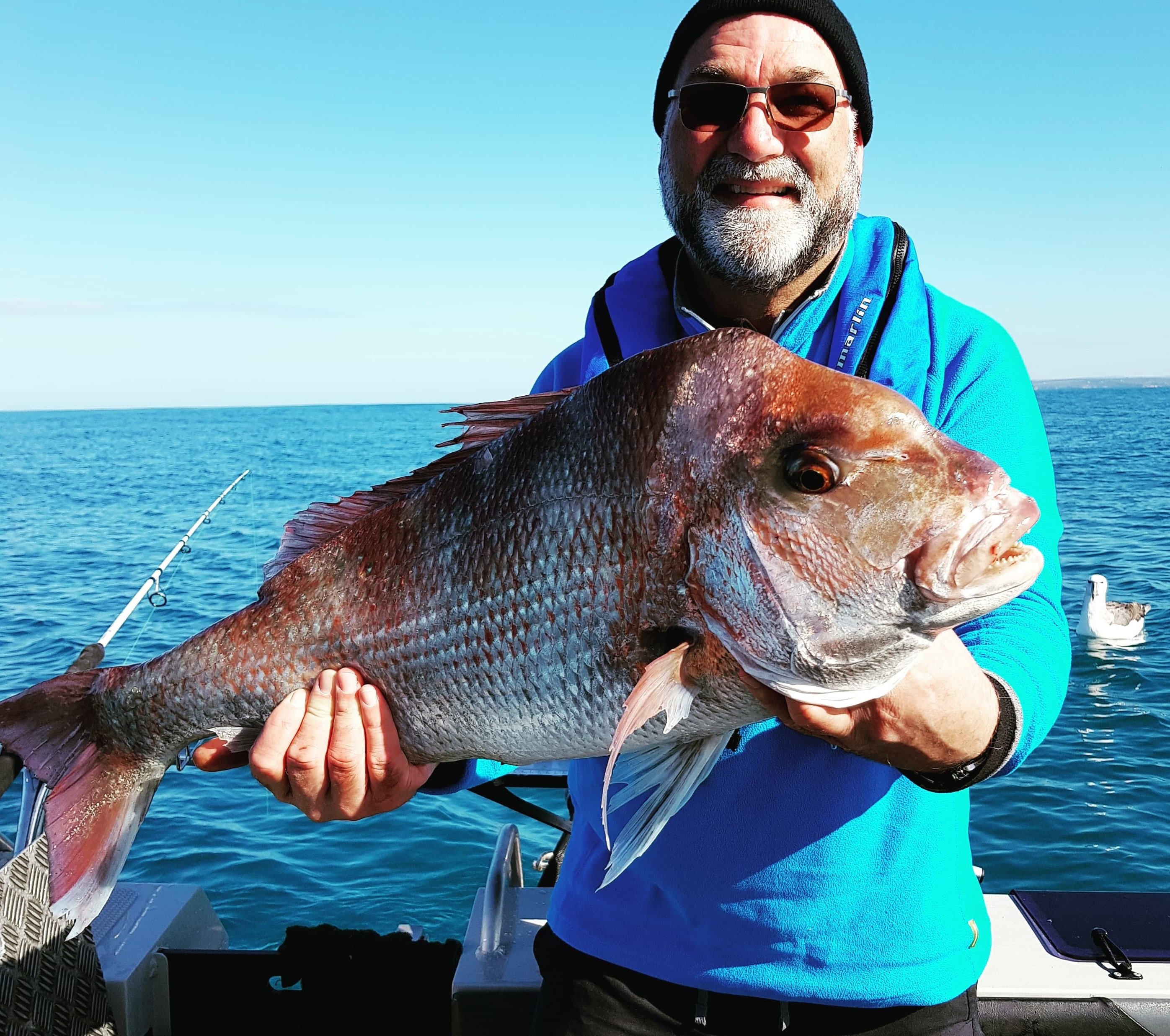 Fishing from rock platforms and beaches right across the coast from Anglesea to Apollo Bay will be a good option as reports suggest salmon are present in good numbers, casting metal lures or using pilchard/bluebait should give you chance of a fish to potentially 2kg.

Trout fishing has continued to be fantastic across the region with Lake Bullen Merri being one of the better lakes to focus on. Trolling the lakes edge with pink tassie devils or casting power bait from the bank has been productive, those after a feed of redfin need look no further than lake Purrumbete where they are in plague numbers and can be caught by dropping soft plastics into the thick schools of fish once located.

We haven't had many reports from above the Weir this week, but below the Weir looks really good, especially around Murchison to Toolamba, we only have this month to get amongst the Cod, hopefully the weather will look after us. Trolling Size 1 Stumpjumpers in colour 25, Old Mate colour 9 working well and casting White or Orange 4 X 4 Bassman Spinnerbaits, be patient and let them sink before slow rolling them back. Arcadia to Shepparton in fishing well, same lures as above, but bait fishing with Scrubworms, Cheese and Yabbies working well also. Try Rafety's Road towards Arcadia and Pyke Road just out of Mooroopna, make sure you pack a Cray Net, still a few good Crays getting around.

Still some nice Redfin in both Waranga Basin and Greens Lake, best method is still Trolling small Hardbodies to find the schools, then bobbing Worms, Small Yabbies, Ice Jigs and Soft Plastics. Fisho's with good sounders are using them to find the schools for good results. The Channels towards Rushworth/Kyabram that are holding some water are fishing ok, some nice Redfin and some big Carp to have some fun with, Worms are definitely the way to go, and if you find some big carp, try your hand at Fly fishing for them. The Main Eastern Channel is fishing good with some nice Cod in the holes where there is still some water, you will probably have to head Pine Lodge/Invergorden areas. Not long now until the Channels start to run again and the Trout and Yellowbelly start biting again, keep and eye on the water movements.

Nick Baily from Viva/Megabass had a great few days fishing with Kiyoshi from Megabass Japan catching plenty of nice Cod on Megabass Vatalions which Kiyoshi designed. Word from the Tatong Angling club is most Fisho's around the Goughs Bay area are catching good numbers of Cod, and good size fish as well, Rapala Predator Baits and Balista Cyclones working really well and Trolling big Coddogs, White Crow and AC Invaders working well also. Most Fisho's targeting Cod are getting 2 or 3 fish in a session.

The River and Mulwala still isn't fishing as well as it was this time last year, to be expected, but there is still enough action to make it worth the trip, Surface Fishing with Jackal Pomadours and Codgers below the Weir from Cobram to Beari and Swimbaits such as Jackal Gantrels working the best for Lake Mulwala. Try using a really good sounder, find the big Cod  then work a variety of lures to entice it to bite, Swimbaits, Mumblers, Big Soft Plastice, Spinnerbaits, Big Hardbodies or even bobbing a big Yabby, just try everything and hopefully you will get rewarded. 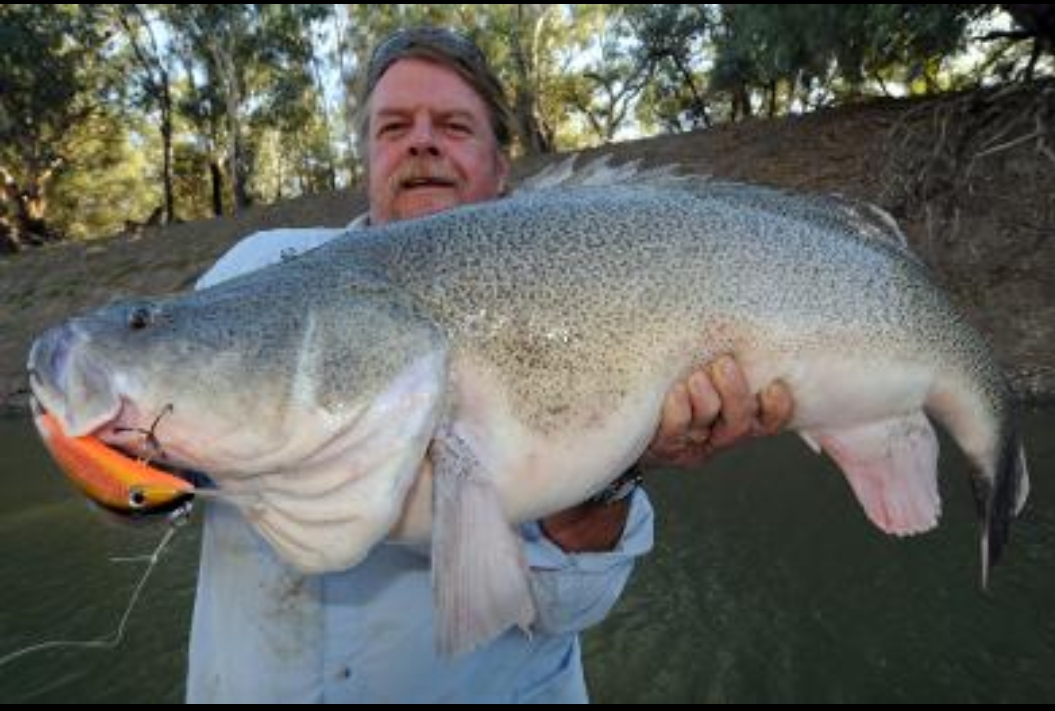 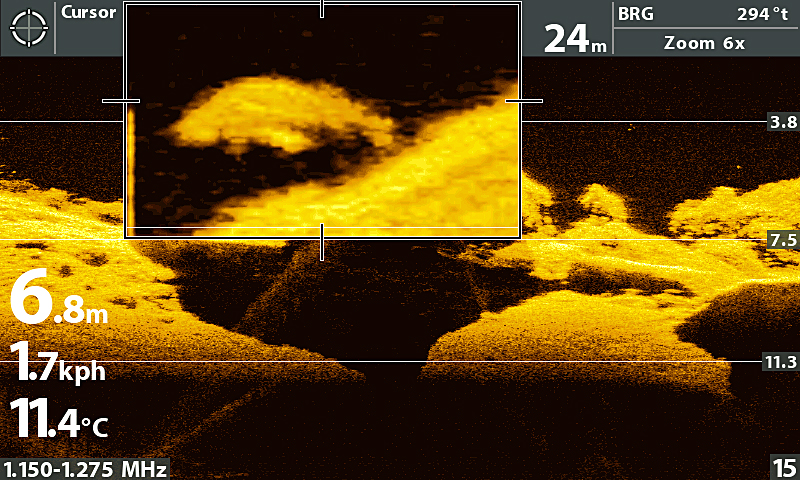 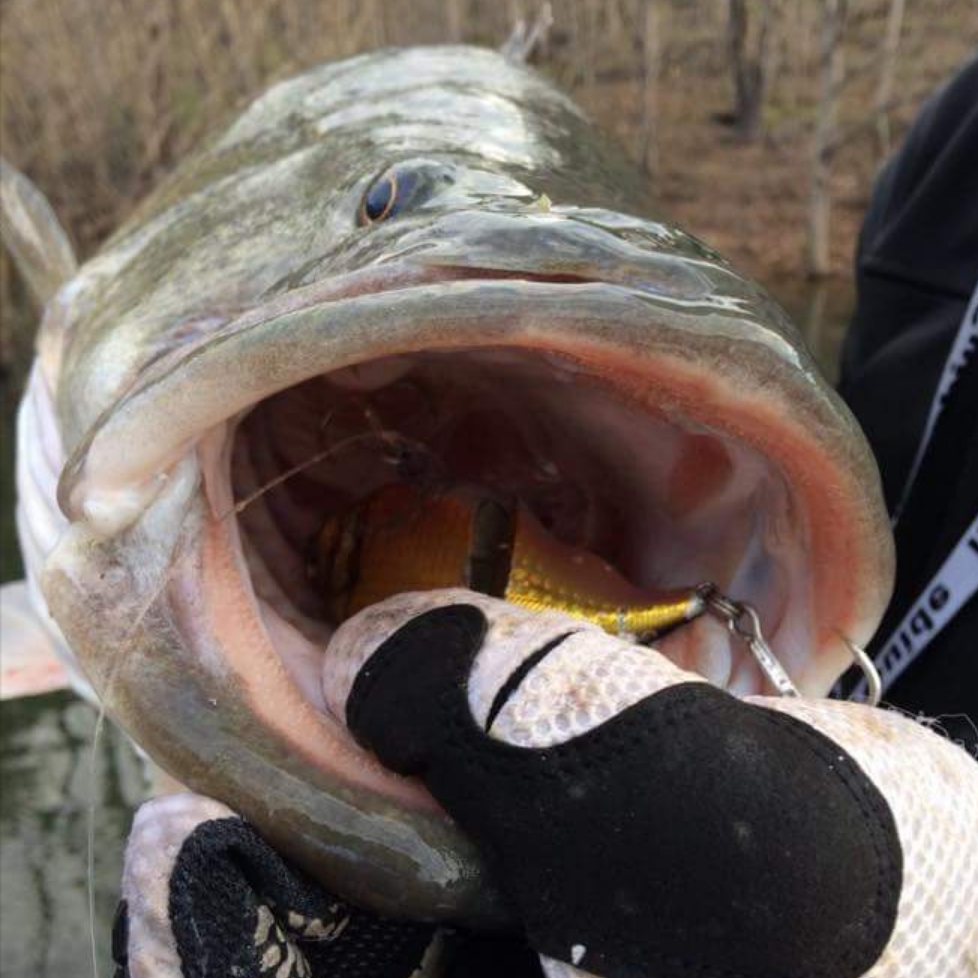