Mako sharks were high on the hit list this week with a number of quality sharks being boated locally.

Evan Michaelides fished off Barwon Heads in 50 meters of water and while using FJG berley he raised a number of mako sharks. Using a whole yakka as bait, he hooked a very solid shark that gave them a run for their money before being brought on board. A number of other anglers have reported similar stories over the last week with numerous sharks coming up in their berley trails. 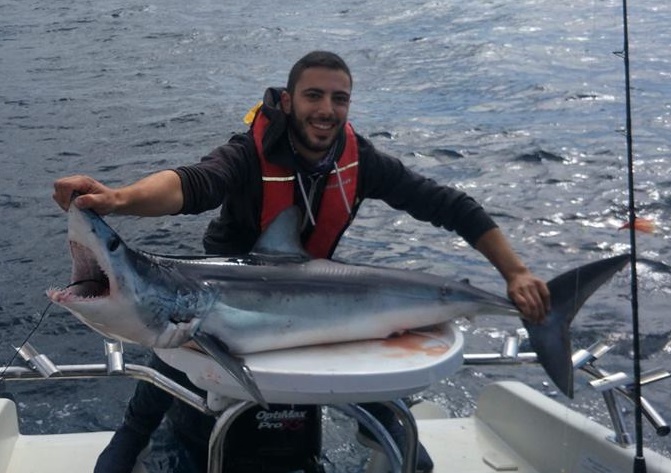 Chris from ‘Gone Fishing Charters’ guided clients onto kingfish in excess of 10kg in the RIP using whole squid as bait. Anglers fishing out the front of Point Lonsdale to Barwon Heads can expect good numbers of ‘just legal’ sized rat kingfish and salmon to over 3kg taking knife jigs and squid strips. 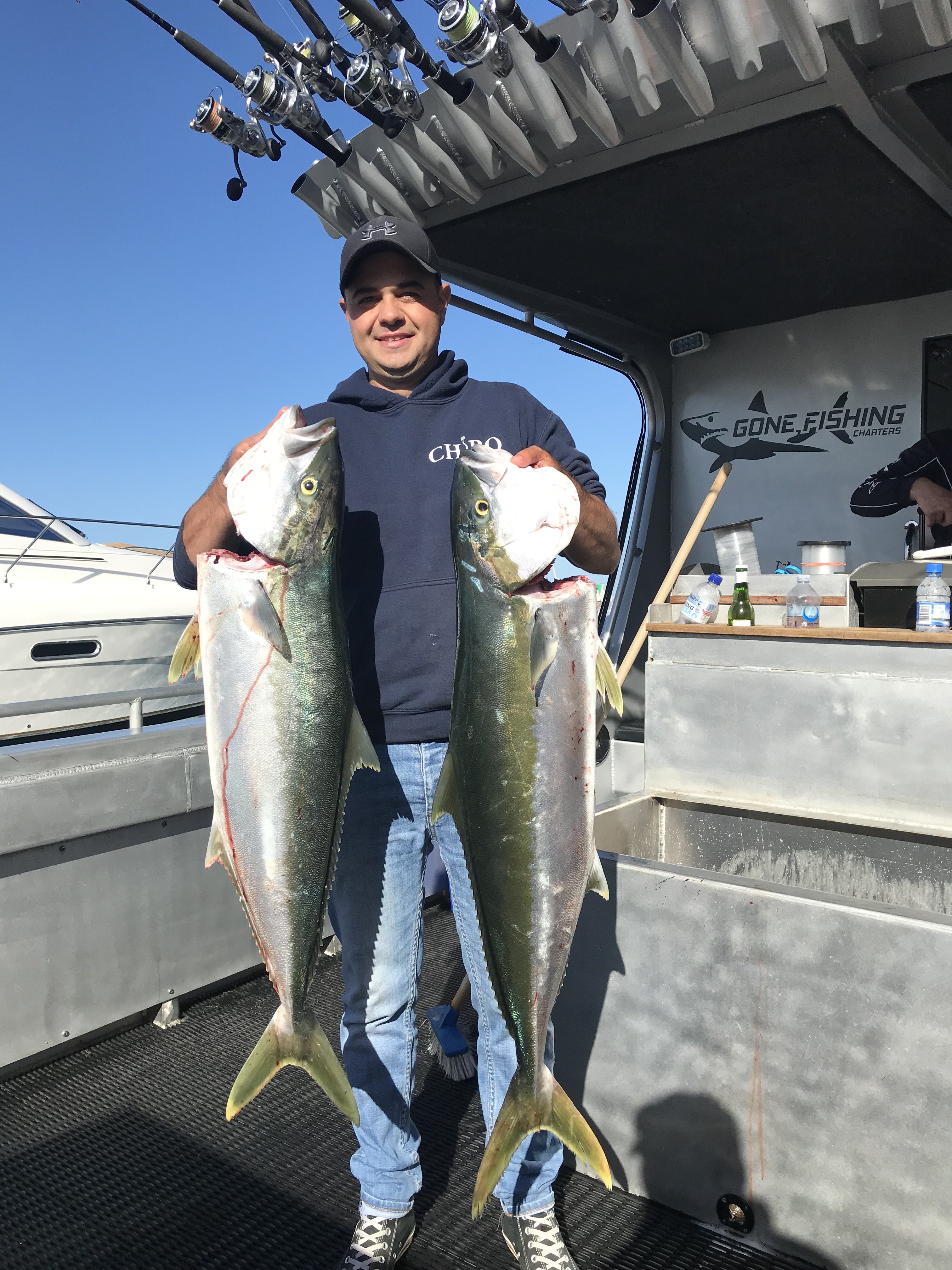 Pinkies to 45cm are thick throughout the inner harbour and are providing fantastic land based options for those fishing the Geelong waterfront. Casting soft plastics on first or last light and even into the dark has seen some anglers land a dozen or so pinkies with the odd flathead too, it’s a good idea to walk along the waterfront while casting into the deeper water as you go to locate the schooling fish. Anglers wanting to use bait will find pilchard and bluebait effective.

Whiting and squid are still fishing well across the Bellarine Peninsula from Clifton Springs to Queenscliff. Pippie and tenderized squid fished on a moving tide will work well for whiting while squid will take a #3.5 white jig cast over weed beds.

Salmon have been snapping up baits from 13th Beach to Bancoora. Dom landed some rippers the other weekend. Hannah & her brother Chris also found excellent sized salmon from 13th Beach. 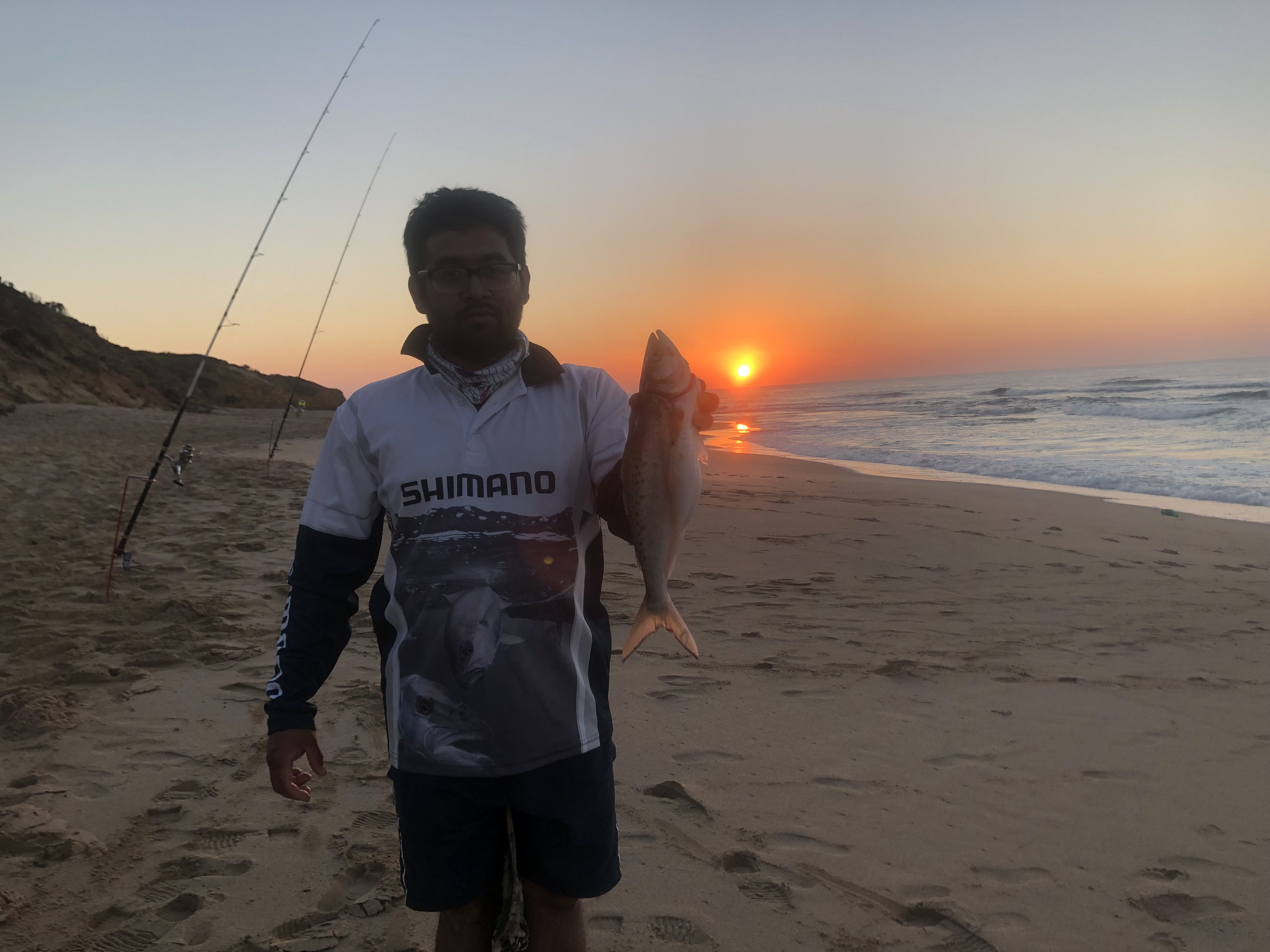 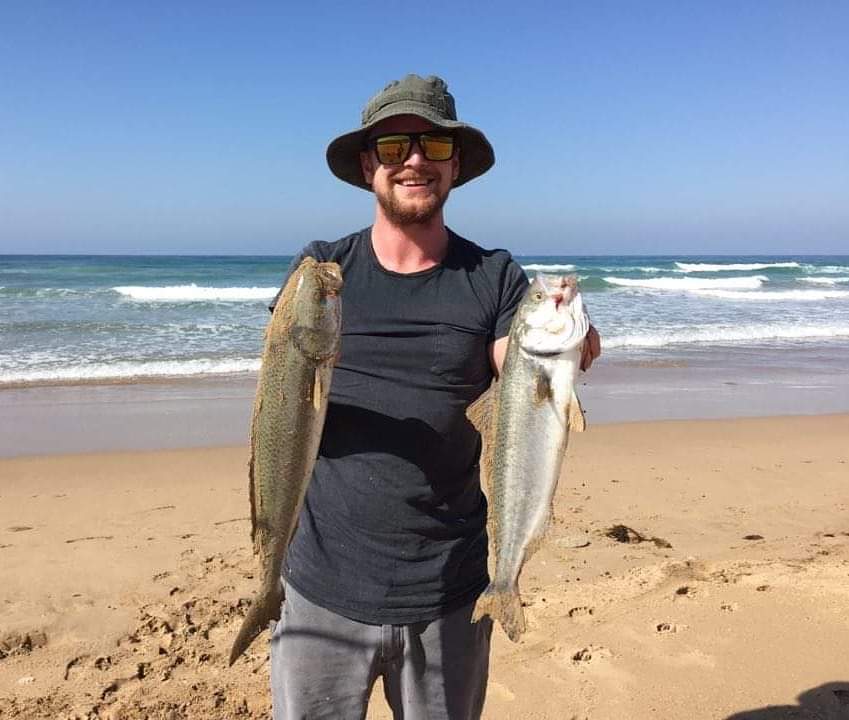 Lake Wendouree in Ballarat has seen some fantastic redfin fishing recently for anglers casting lures from both boats and the bank. Being a shallow lake, lures that run to a depth of a meter or so will work along with lightly weighted soft plastics, redfin nudging 50cm can be caught along with trout.

Lake Purrumbete is producing big brown trout again with a number of fish caught from 6-8lb and one fish breaking the 11lb mark. Trolling tassie devils on first light then running lures a bit deeper throughout the day will have you in with a chance. 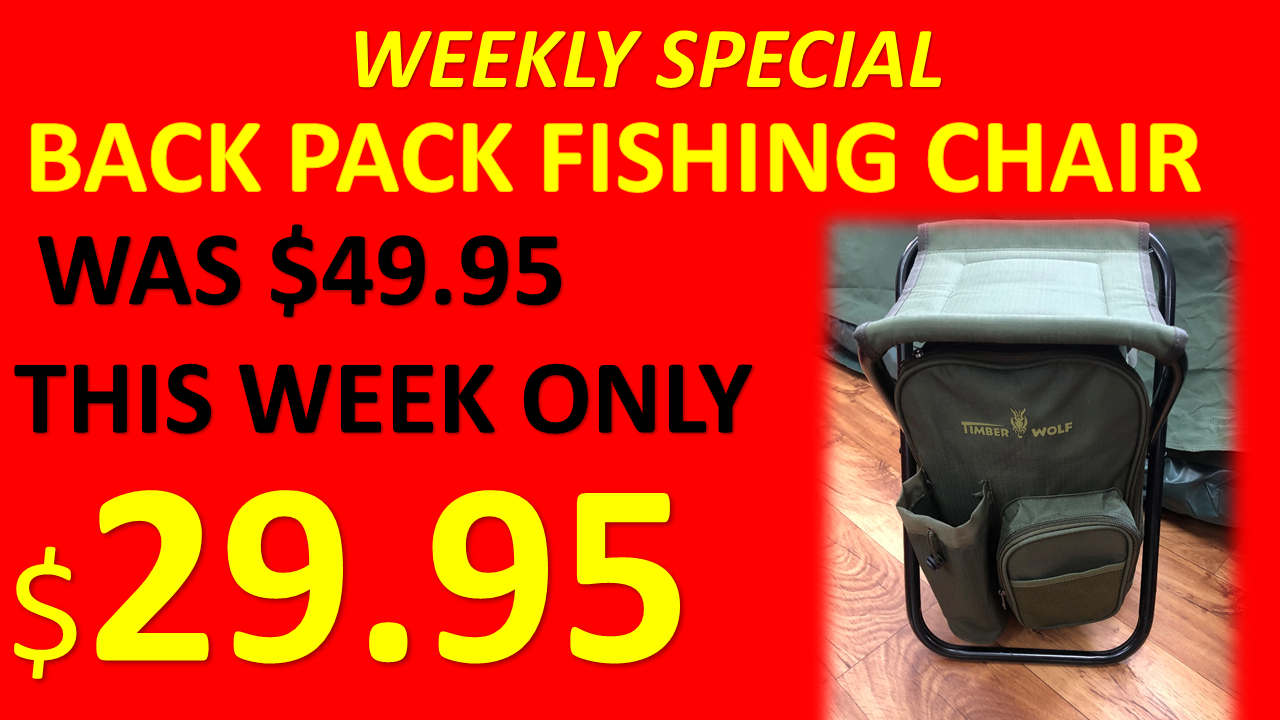 The weather is great, the water looks great and some good fish being caught at the moment. The River is starting to drop around Seymour and slowed up a little, the great news is, there has been some cracking fish caught recently, we have heard of 2 metre Cod on bait off the bank at Goulburn Park, and another 85cm in the same spot, also some good Yellowbelly on Lures by Fisho's targeting Redfin in the same area. Another 107cm Cod caught just downstream of the Highway bridge on cheese also. Lure fishing around Nagambie has been hard with the high water, but should be better soon, but baits such as Cheese, Bardi Grubs and Big Yabbies have been good for some nice sized Cod. Bobbing Worms and Small Yabbies around the trees has been good for Yellowbelly and Redfin from The Caravan Park to Tahbilk Winery Nagambie. Below the Weir looks great, especially around Murchison to Toolamba, the River is still high, but really clear, Col from Murchison has caught plenty of good legal size Cod and many more undersize also, bait has been the best method, but as the River drops and hopefully settles at a consistent level?, the fishing will only get better and Lures such as Stumpjumpers, Old Mate, and Codgers, Bassman and 4D Spinnerbaits will come into their own. A few Cod and some nice sized Yellowbelly around Undera, Shrimp the standout bait.

Still some good reports of above average sized Redfin at the Basin when the Wind allows you to fish! Most of the bigger Redfin have been in as little as 6ft of water, and once found, have been easy to catch and eating pretty much anything you throw at them, small Divers such as Size 3 Stumpjumpers, 55mm Codgers and small RMG Poltergeists all working well and 3 to 4 inch soft plastics. Plenty of small Redfin in the Channels close to Waranga Basin and the occasional Yellowbelly at 40cm on Soft Plastics and worms.

Still plenty of Yellowbelly in Victoria Lake and the Kialla Lakes on Jackall T/N 60's and ZX40's in the darker colours. The Main Eastern Channel towards Euroa is fishing well also with plenty of small Cod around 45cm on Spinnerbaits and some bigger fish on Bardi Grubs and big Yabbies. A few Cod on Spinnerbaits and Jackall Pompadours in the Broken around Caniambo, most fish are around 40cm with the occasional 65+cm amongst them.

Redfin Guru Little Dougy has been getting plenty of Redfin around Bonnie Doon, mainly on Soft Plastics, he won't tell us exactly where, but bigger schools are starting to form and more and more Yellowbelly are starting to be caught also, so worth a try in this area of the lake.

It's a bit like getting bloody out of a stone at the moment, Graham Sylvester caught a cracking 117cm Cod on Chicken at Cobram, and we have heard of a few nice Cod in the Drain Lane, Everglades to Bunderlong regions of Lake Mulwala, but not huge numbers and you have to work hard to get them. Most are caught on a mixture of Spinnerbaits, Swimbaits and Surface Lures, there hasn't been a standout spot or lure, just put the time in and you should see some results. 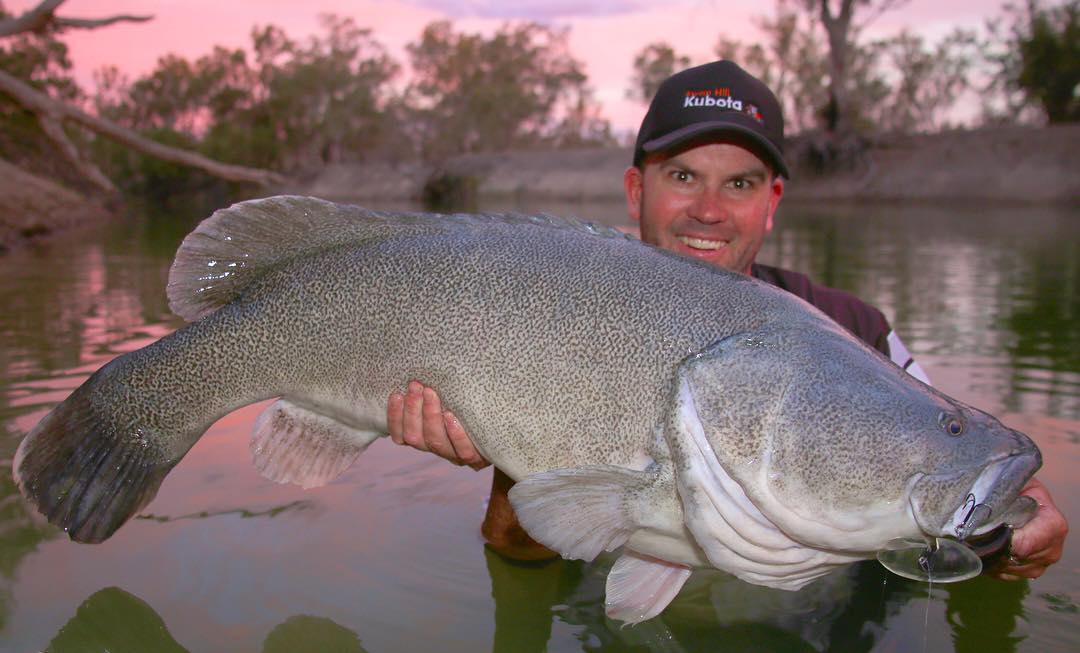 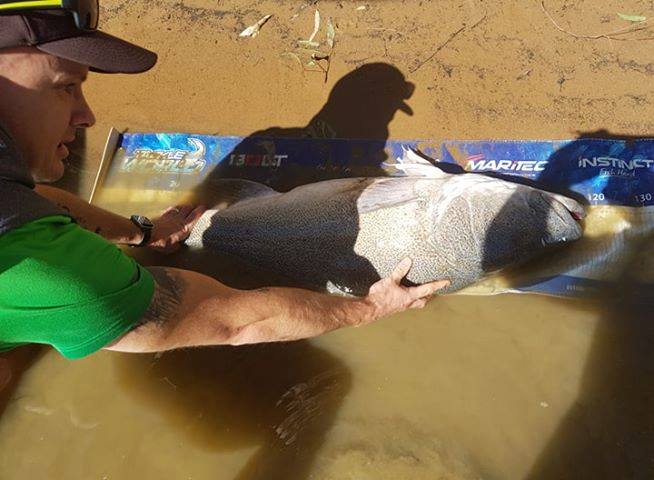