The Geelong waterfront saw some of the region’s best piscatorial action. Anglers casting soft plastics near the Geelong Waterfront landed pinkie snapper to 50cm along with Australian Salmon to 1.5kg. The action for land based fisho’s picked up on sunset with anglers having no trouble in finding good numbers. Peri Stavropoulos and I fished Saturday afternoon casting Megabass Hazedong Shads which accounted for Australian Salmon to 1.5kg along the wall of the Geelong Yacht Club. At times we found schools of fish just slightly hitting the surface and casting to the commotion resulted in almost certain hook ups. 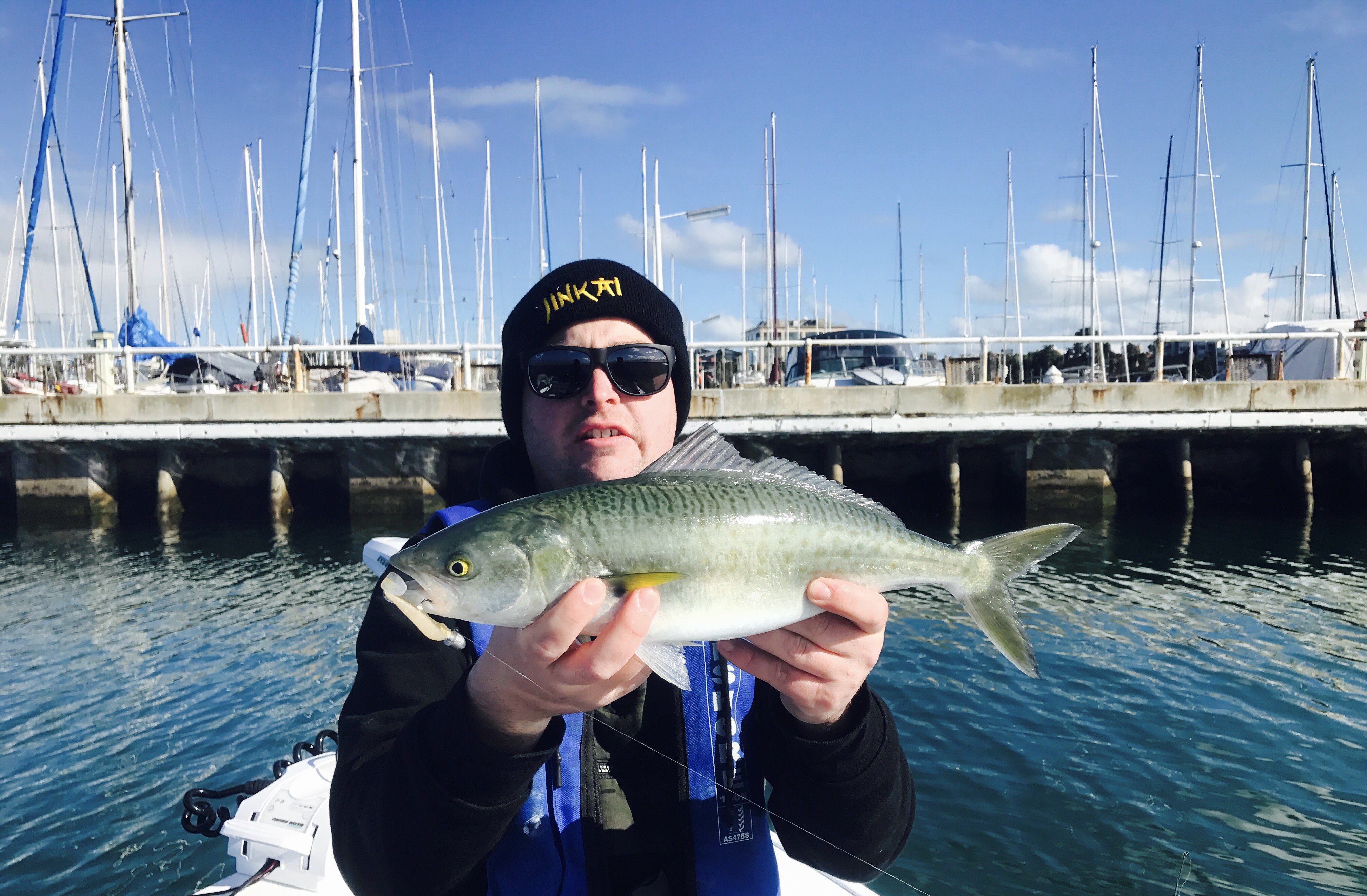 Further round the bay Clifton Springs though to St Leonards numerous whiting and squid were boated. Whiting came to those along the Curlewis Bank in five to six meters of water. Indented Heads became the go to location for squid with reef sections giving up squid on artificial jigs in size 3.


If its big squid to over 2kg you’re after then Queenscliff is the place. Over the past week numerous anglers landed bag limit of captures with baited jigs fished deep over kelp beds the most effective approach. The grass beds to the East of the harbor was also another squid producing location.

Offshore from Ocean Grove / Barwon Heads, Gummy Shark have made themselves know to anglers with not only the size of the fish making anglers take note but the numbers of fish too. Reports of five to six gummy sharks being boated in a session has been almost common over the last few weeks. Peri and Michael Stavropoulos along with myself, set out Sunday morning making the most of a welcomed break in the weather. After setting anchor it was not long before Peri boated a Gummy shark of about 8kg that snapped up a pilchard. Fishing on we boated snapper to just over 2kg along with an impressive sized cuttlefish. 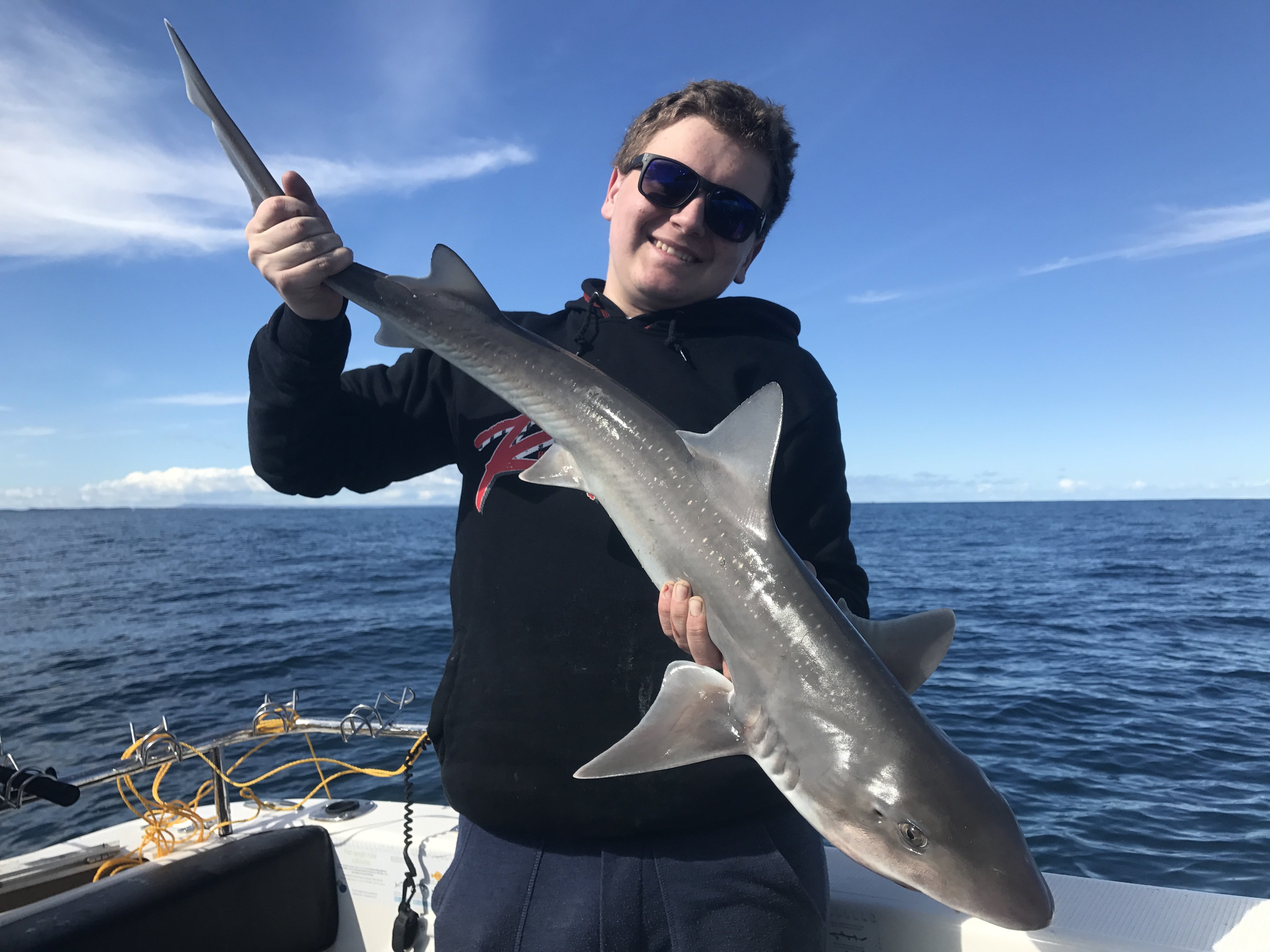 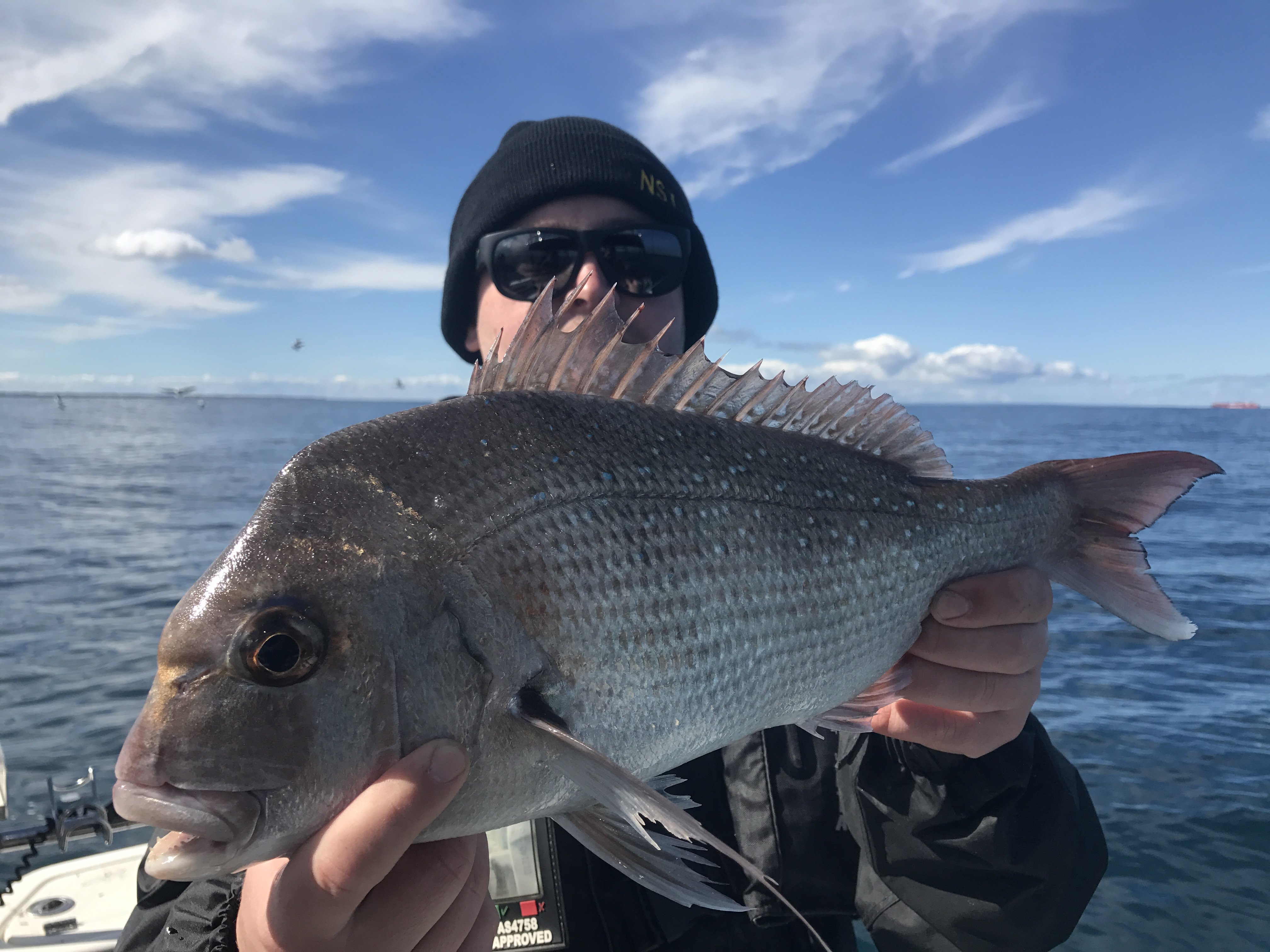 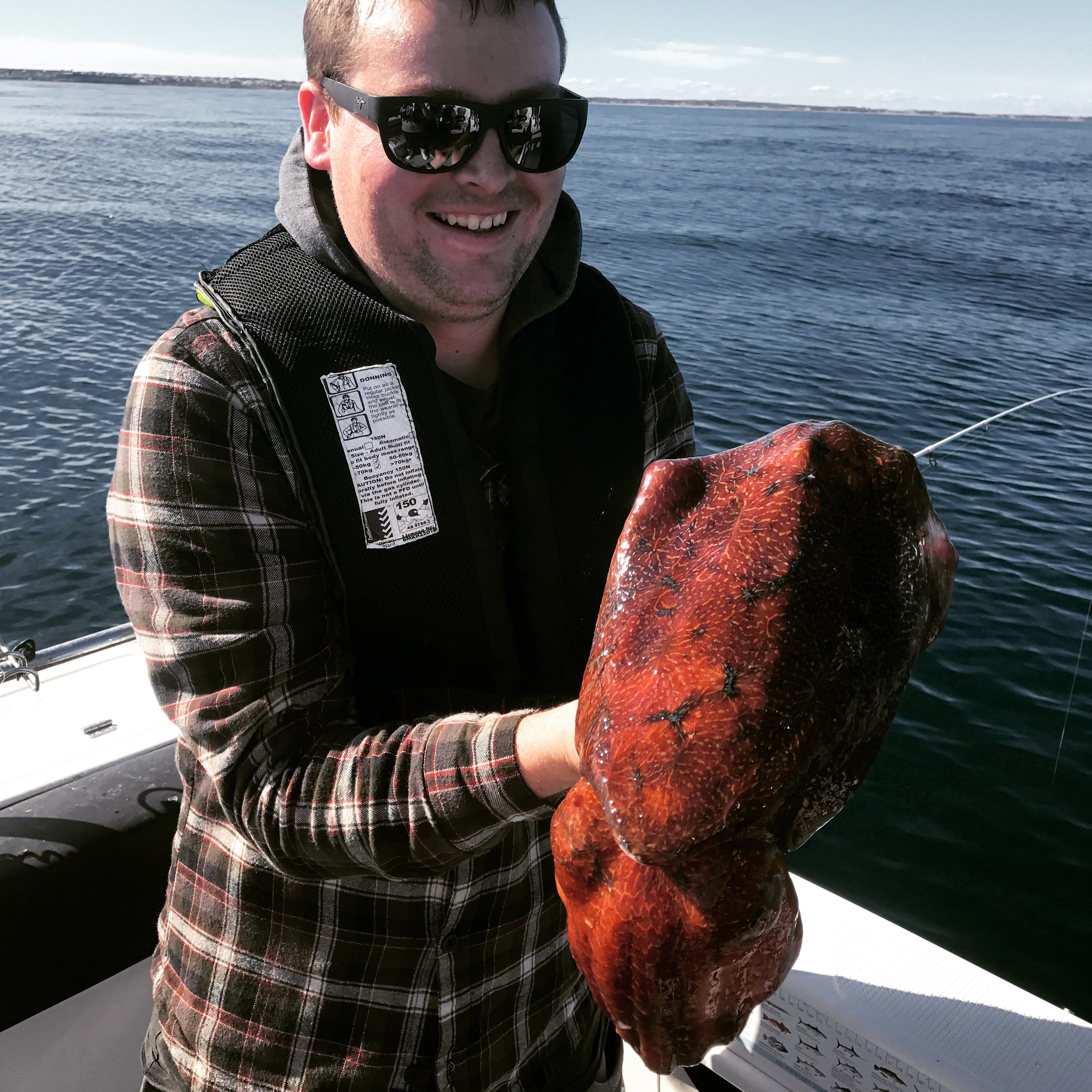 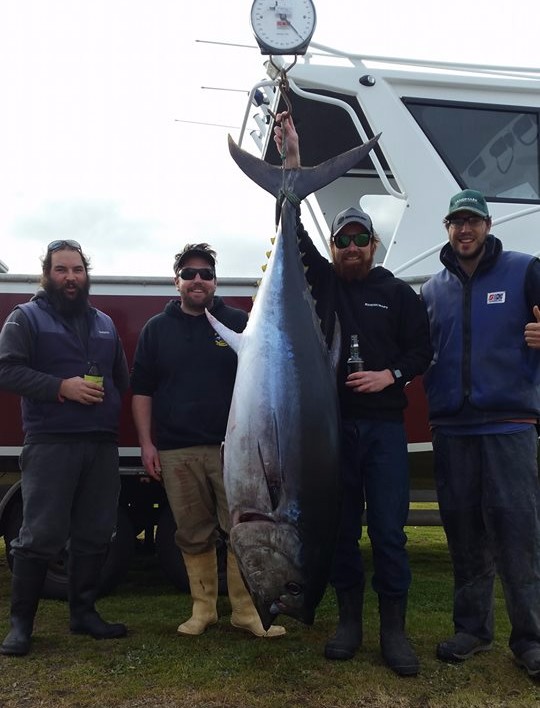 Freshwater anglers found it hard to stay away from Wurdee Boluc with the chance of hooking a trophy fish too tempting. Michael Evans managed to landed redfin to over 40cm casting soft plastics.
Stony Creek was another location were angler’s banked redfin casting lures and like Wurdee Boluc, they were of a good size. Graeme Findlay banked a fantastic conditioned brown trout on a wasaby 8 gram lure. 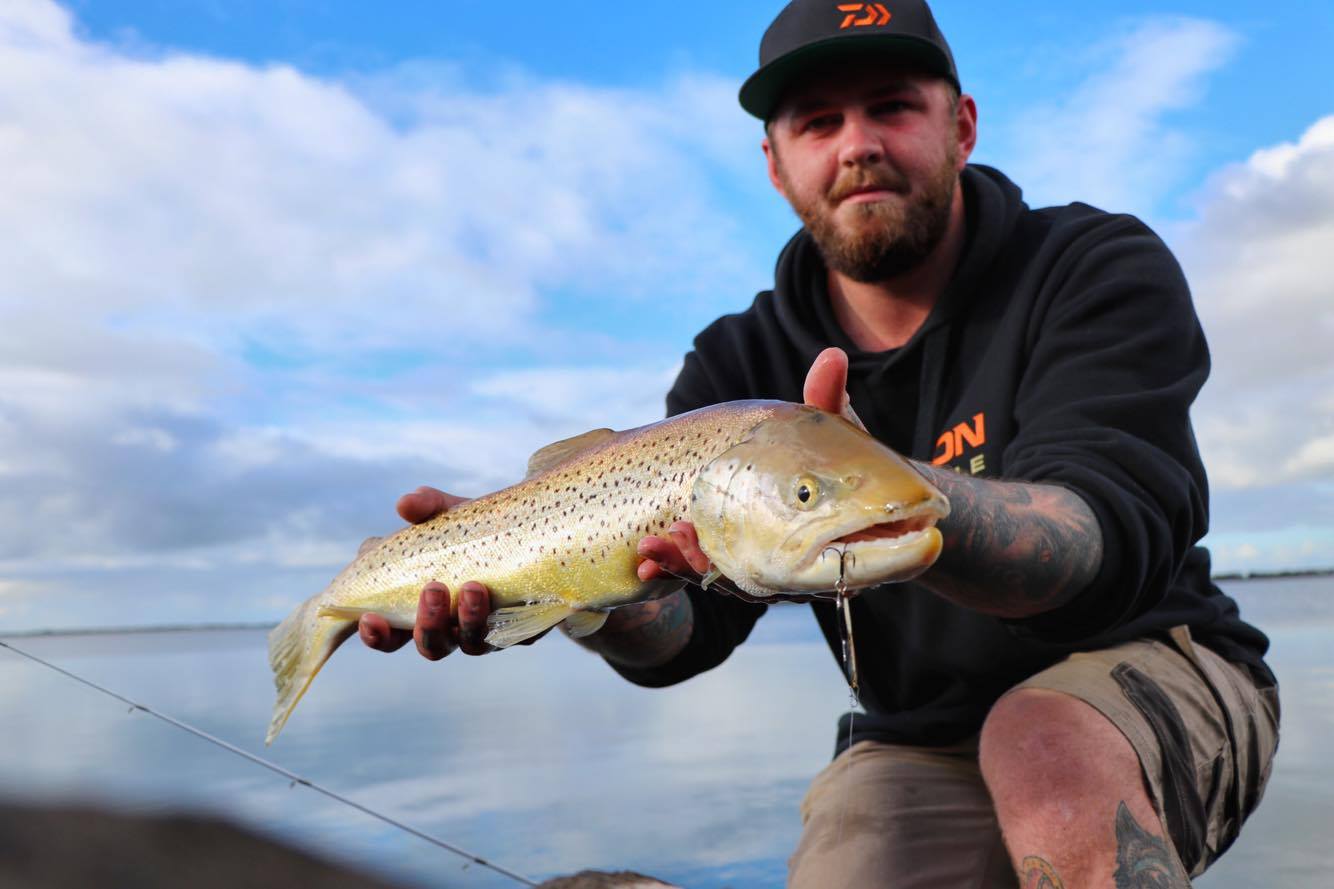 Up the road from Stony Creek Moorabool Reservoir was ideal for lure casters after trout with Rainbow Trout to 1.5kg on offer. Shallow diving lures like the Strike Pro Bonin spoon got the job done.

The highlight at the moment is the Cray fishing, plenty around the Wineries at Nagambie, mostly big females which have to be returned, but if you work hard, checking nets every 30-45 minutes, you will get a good feed. Fish the deeper water in the middle of the River. Fishing below the Weir has been really difficult with the recent rain, if you can find some slower, cleaner water and use baits such as Scrubworms and Bardi Grubs, you might get some nice Cod and Yellowbelly.

Yellowbelly are on the Bite and heaps of small Redfin in most of the Channels around Waranga Basin, un weighted Worms or Yabbies around the Drop Bars, watch your line, when the fish takes it, load up and your on! Captures of over 20 fish in a session not uncommon, remember the bag limit is 5 per angler. My choice of Channels would be either the Stuart Murray, Punt Road area, Catternach at Channel Inlet road or the T intersection in the channel along Tatura/Rushworth road. Still plenty of Redfin in Waranga Basin on deep small Hardbodies such as 55mm Codgers and Crazy Deep RMG Poltergeist.

Due to recent rain, dirty water coming out of both the Ovens and the Goulburn Rivers, the River has been really Quiet, The few Cod in Mulwala off the surface, and Divers, Jack Weymouth-Smith catching a 116cm on a deep diver. Harley Middleton catching a 68cm and a 75cm and dropped a monster on a Jackal Gigantral, so still worth a go with Cod closing approaching soon. 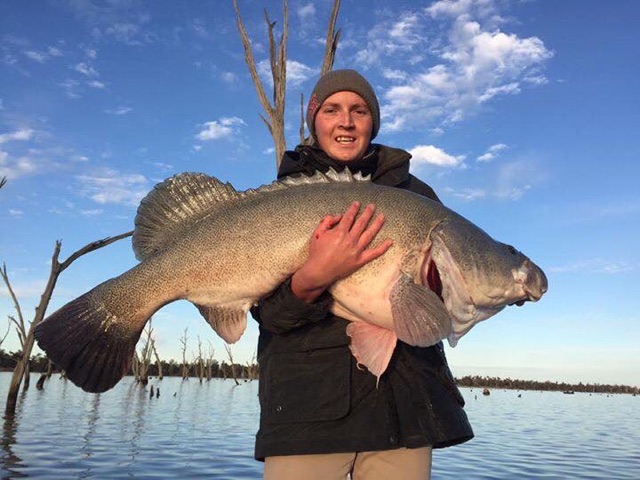 A few Cod on Cheese in the Main Eastern Channel. Some Rainbow Trout in Victoria Lake on Powerbait. Some Yellowbelly on worms and Jackal T/N 60’s in the Kialla Lakes. A few small Redfin at Graigmuir Lake Mooroopna on worms also.