St Helens rock wall has started to fire up over the past few days with reports coming in of a great variety of species coming to shore. Pinkie snapper, silver trevally and King George whiting all making appearances to the land based fishos. Although not reaching any record breaking sizes they are proving some great fun and with the new reefs about to be dropped in we should only see the fishing here get better and better. The Geelong waterfront has been holding some large schools of Australian salmon to 33cm, anglers fishing from a boat have been having much better success in landing big numbers of fish simply because they can chase them around. Using your sounder to locate the schools of fish or looking on the surface for baitfish to be pushed up will assist in finding these fish with small 3” minnow style soft plastics working a treat.

Snapper reports are starting to become more consistent in the outer harbour with fish up to 5kg being caught, fishing the edge of the channel or out towards the quarries has seemed to be the most popular locations.

The whiting reports across the Bellarine Peninsula have been on the improve this week with some great numbers of fish being caught and some quality fish amongst them too, St Leonards through to Queenscliff being the current hotspots. 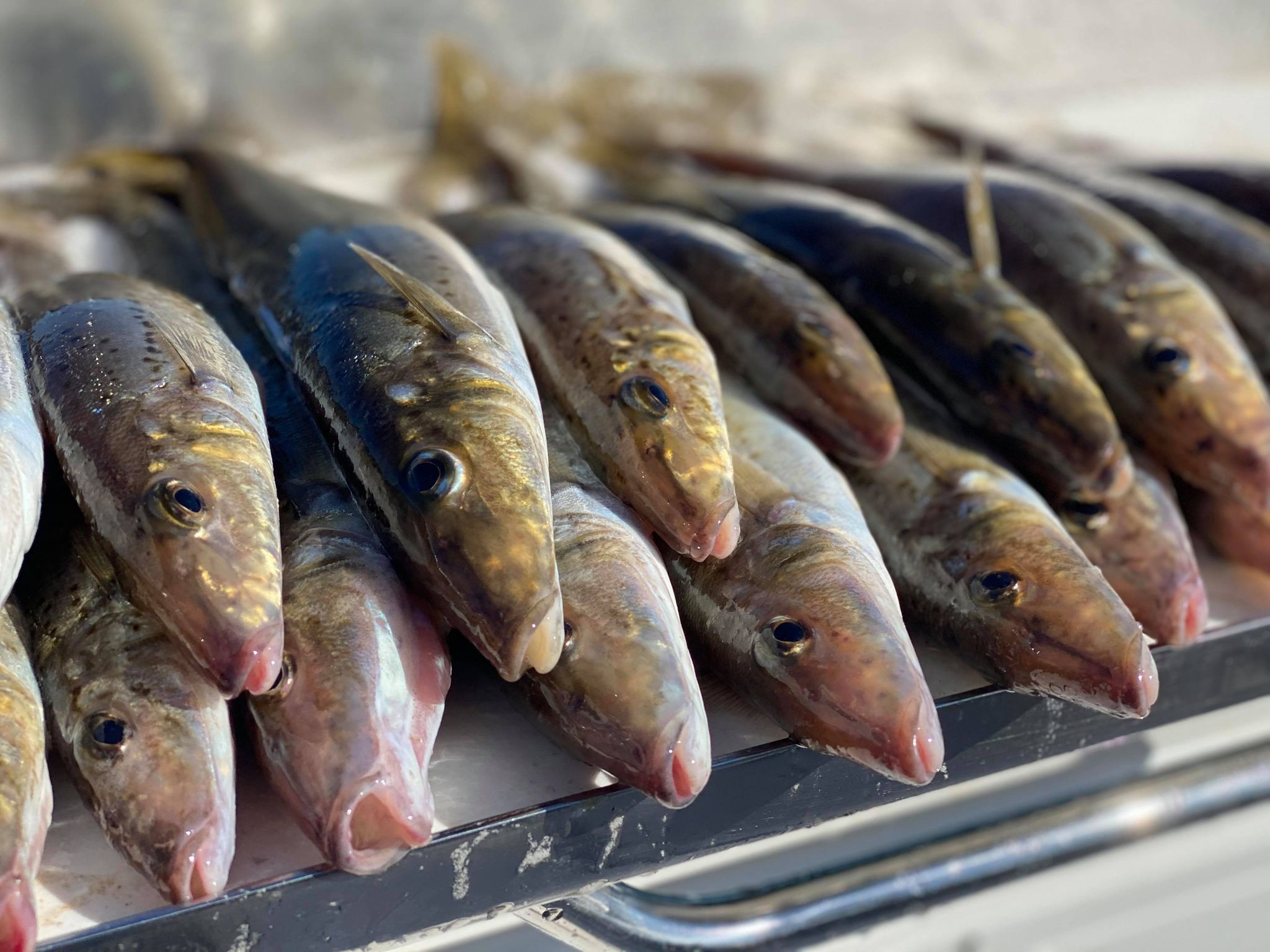 Queenscliff has had some fantastic squid fishing offer this past week and the size of them has been phenomenal with reports of hoods measuring up to 60cm. The Queenscliff bight has been and still is the number one location to target these giants, the key to fishing this area is to fish the slack tides to allow your jigs to sink down in the fast moving water. Size 3.5 jigs have been the best with most colours working well.

After the large amount of rain we have had it has filled up the rivers and streams in the Otway’s and the resident trout down there have come onto a feeding frenzy. Most systems are fishing well but the Cumberland River and Smythes Creek are arguably the two best locations and very easy to access and fish. Casting up stream with small shallow running minnows in natural colours are the perfect lure to throw, just make sure that you cast upstream. Fishing these little streams and rivers won’t see many big fish get caught but they make up for it in colour and the scenery is as good as it gets.

The Goulburn River around Shepparton is running high however there have still been a handful of Yellowbelly getting caught on baits like Yabbies and Scrubbies. On the back of the bends where the water is a bit slower are the best sections to try if you are planning on fishing in the Goulburn.

Kialla has been the stand-out lake within the Shepparton region and is fishing well for Yellowbelly, some Redfin and the odd by-catch of Murray Cod. Casting TN60’s or similar vibes like the Rapala Rap-V Blade has been the best method however there are also plenty of fish getting caught on bait with Scrubbies being the pick of the lot. Trolling shallow hardbodies around the lake out of a kayak has also proven to work well for the Yellas with fish up to 40cm being caught over the past week.

Waranga Basin Has been hit and miss again with a few nice fish getting caught while trolling. There hasn’t been a magic depth to work for Redfin with fish being caught in anywhere from 2m to 9m of water. The best sections to try have been around the Caravan park and just north of Harrimans point.

The Channels around Rushworth have been going well with plenty of Yellowbelly getting caught on both bait and lures. Scrubbies and Yabbies have been the best baits. Lure fishos have been doing pretty well while casting ZX40’s or similar blades as well as small hardbodies like 55mm Codgers. Focussing around drop bars and Bridges has seen plenty get onto some nice Yellowbelly. The Number 9 Channel has seen some good fish as well as the Main Western. Before you go to try these channels, have a look on google earth to pinpoint spots around drop bars or bridges that seem to be good aggregation points for feeding Yellowbelly.

Last Weekend saw some excellent Cod Get caught out of Lake Eildon around Big River and the Main Arm. There were plenty of good fish getting caught on surface with big paddlers like Kingfisher Abela’s working really well. Big soft plastics also accounted for some great fish. Swimbaits were also a great option with some Great cod up to and over the metre mark getting caught on swimbaits like Jackall Gantarels. Luke Bradbury Landed this Cod on a Jackall Gantarel over the weekend.

Mark Vasallo had a great weekend at Eildon landing some excellent Cod including this 108cm beast. 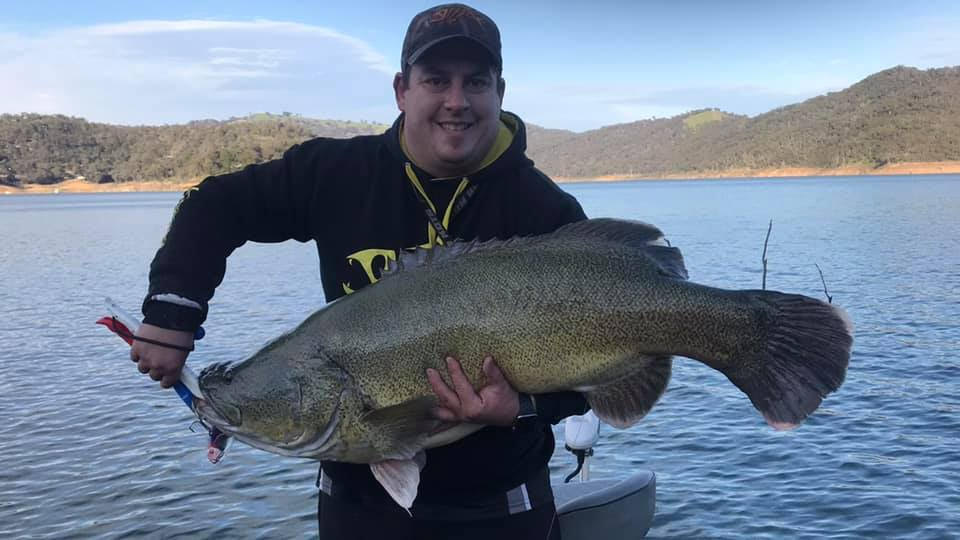 Yellowbelly and Redfin have been feeding well over the flats and also schooling along the drop offs with a bit of timber. Casting or bobbing black grubs has seen some good Yellowbelly getting caught along with bobbing Yabbies around the tall timber.
Trout have been fishing great with plenty of good Browns getting caught while trolling along the edges of the timber. Pink and Gold Tassie Devils have been working well along with 5cm Rapala’s and small stumpjumpers.

The water is starting to flow nicely out of Cairn Curran at Baringhup and the Golden Perch should start to fire here. Use little yabbies on a paternoster rig to have a good chance at landing a nice sized golden. They will also take lures such as the Jackall TN60 in Ghost Purple Tiger. Further along the Loddon River at Laanecoorie there are starting to get be a few redfin and Golden Perch caught either bait fishing with small yabbies or scrubbies or casting small hard bodies such as 55mm Codger in P038. Around Bridgewater stick to the weedy edges and try lures such as the Jackall Mask Vibe in Ghost Red Belly Black. It is also worth having a go at the Serpentine Weir as we are starting to get some reports of some good sized Yella’s being caught mainly on bait with a few caught on vibes and small spinners such as the Bassman Yellaman series.

Lake Cairn Curran - With this warmer weather pushing through the lake should really come to life. If bank fishing use a running sinker rig with a small yabbie or scrub worm and fish structure. So look for those rocky edges such as those around Picnic Point or around the pineys area. If fishing in a boat look for the gutters as the fish seem to be sticking around in the ledges where the water might be a little warmer.

Campaspe River - Since the environmental flow the river has dirtied up rather considerably. However there has been some fish getting caught from around the Elmore Weir as local Angler Angel Ruby found out. She caught her first ever yellow belly on a size 3 Stumpy in colour 2 before losing it a few casts later to another nice fish. Below Eppalock they’re also starting to get some good Golden Perch on yellaman spinnerbaits. Brighter colours seem to be working well. If using bait there you’re also a good chance at landing some good sized redfin, which have mainly been taken on your euro worms or scrubbies. 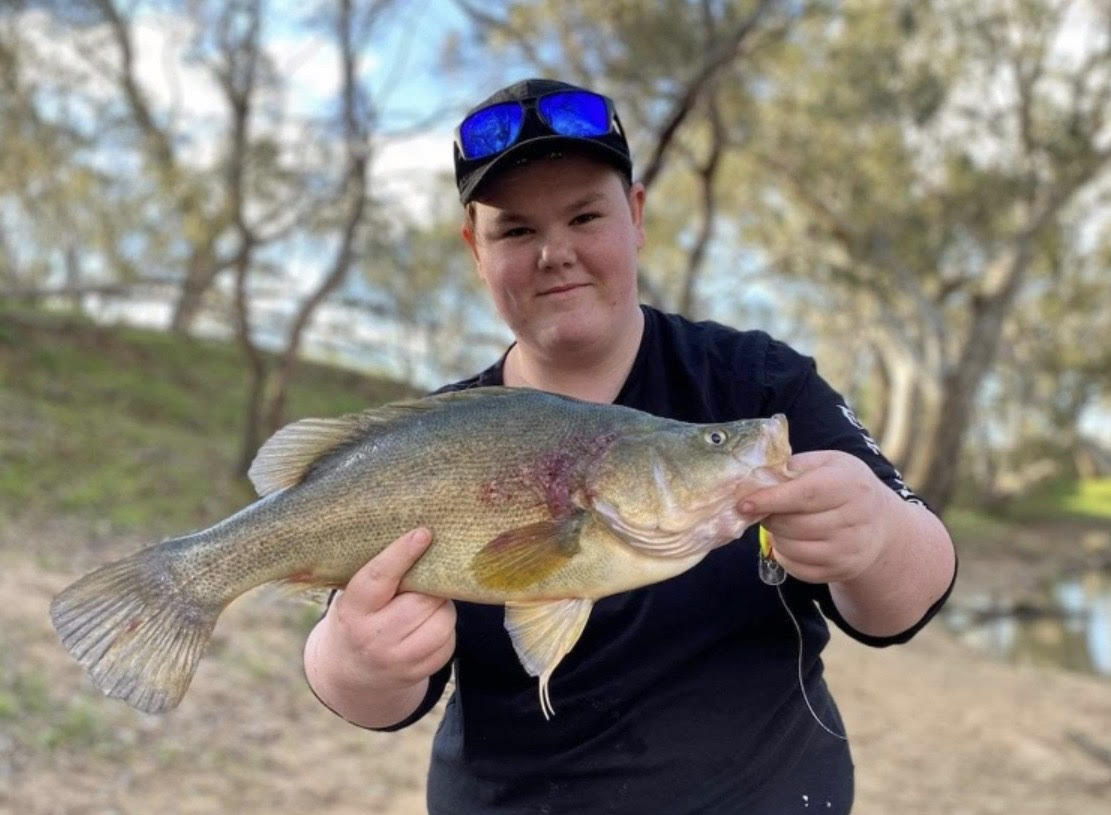 Lake Eppalock has been fishing good over the last week, with the warmer weather coming through this weekend we should see some good numbers of fish caught. The fish should have stopped spawning so it would be worth casting small minnow style plastics such as the Daiwa Bait Junkie 2.5” particularly in motor oil or yabbie UV. If you’re trying to locate the schools try to troll along with a small hard body until you’ve found them or alternatively keep your eye on that sounder. People have also been doing alright using jigs such as the Rapala Jigging Rap. If chasing the Golden Perch try sticking to the rocky ledges and casting Jackall Mask Vibes such as the 12gm Ghost Bluegill. If trolling try using the A/C Invaders in the 50mm or the 70mm the darker colours seem to be the most productive. If bait fishing, try peeled yabby tails and a light bean sinker around logs or trees, bouncing worms is also a great way to try to entice the bites. 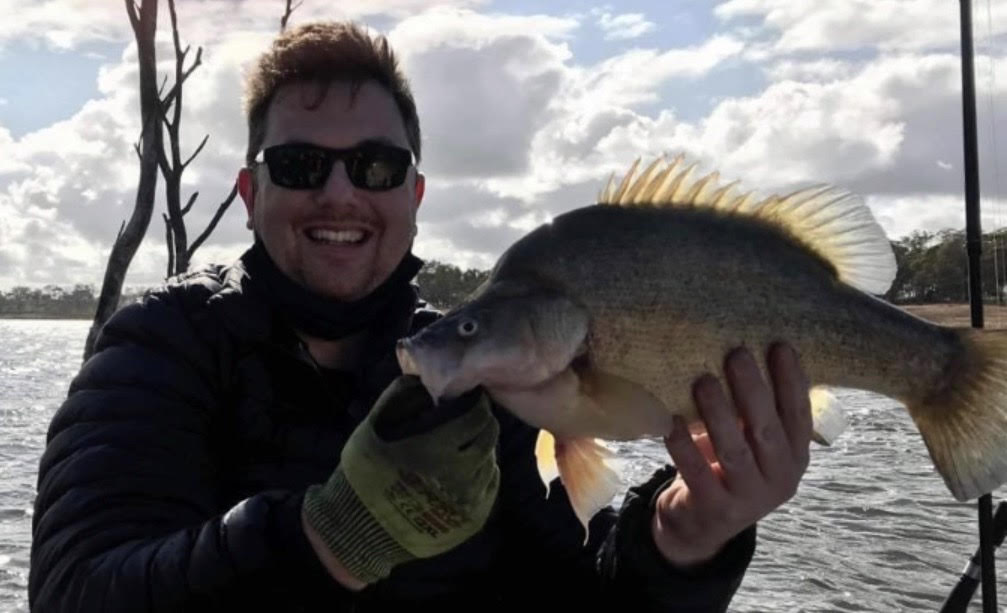 Crusoe, Kennington and Lake Tom Thumb are still all producing rainbow trout. Best way to target these fish is with a running sinker with powerbait. The most popular powerbait currently would be sherbet. If chasing some reddies try using a lure such as your celta spinners (trout) will also eat these, or using plastics such as the strike tiger 2” nymphs. If trying to catch carp use a small hook and use bread or corn kernels. 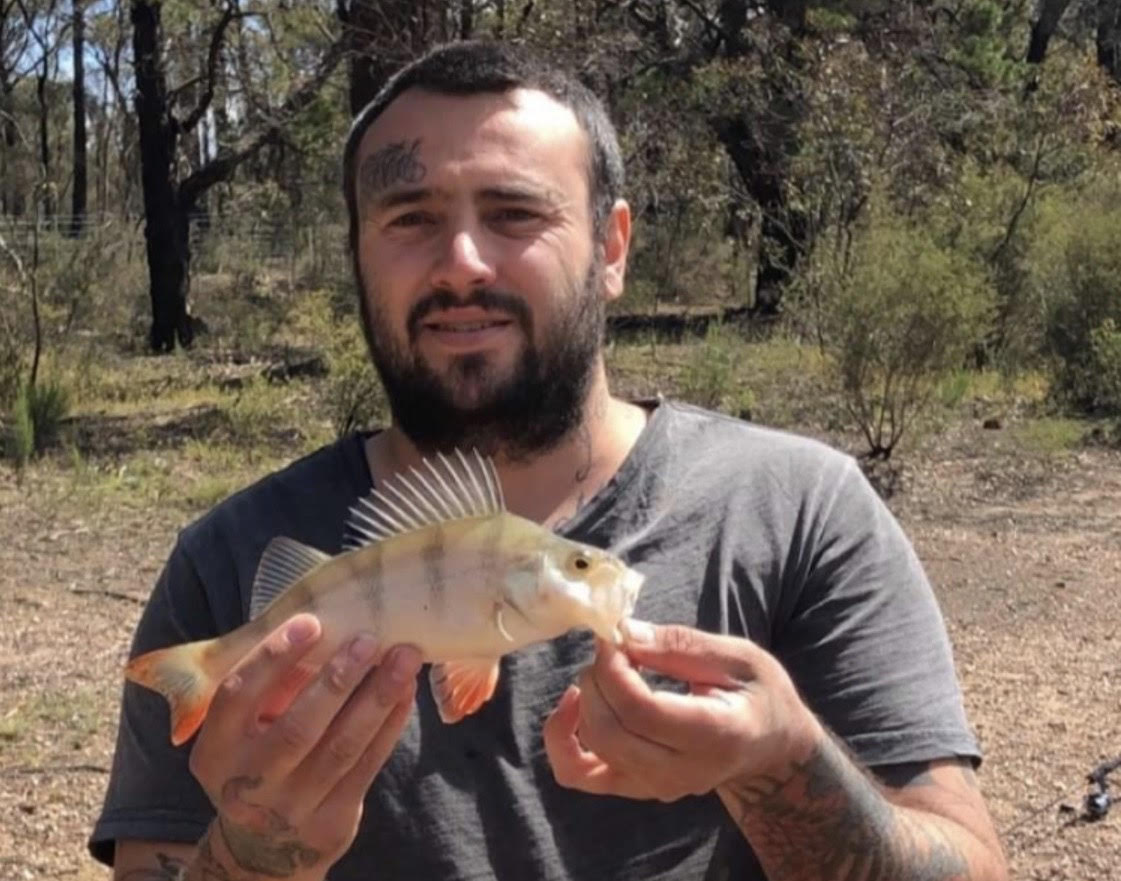